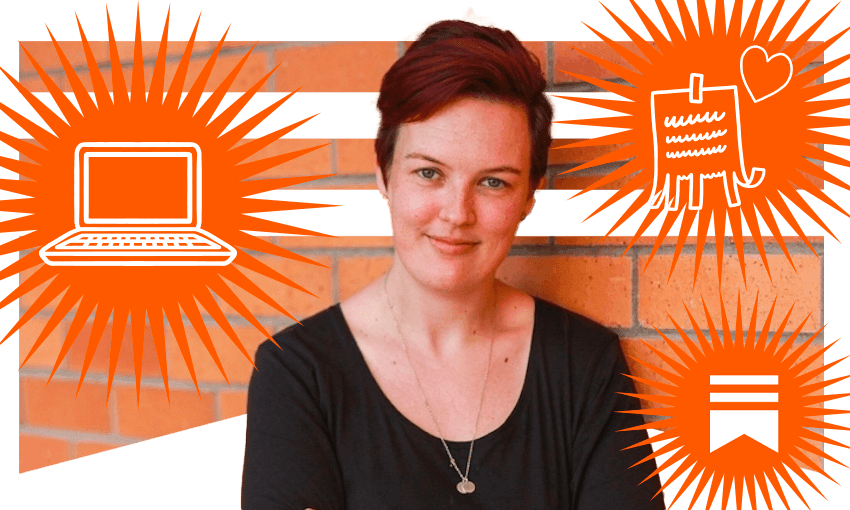 Emily Writes on how Substack changed her life

After years scraping by with side hustles, Emily Writes took a deep breath and a Substack Pro deal. She explains what happened next.

A year ago I was in a weird place. It certainly wasn’t an unfamiliar place, but it was weird nonetheless. For a long time, about six years or so, I’d been struggling to work out if writing was what I wanted to do.

The idea that dedicating myself to writing was a bad idea wasn’t unfamiliar to me. I’d struggled to make a decent living out of writing for some time. Opinion writing isn’t well-paid – that’s why a lot of rich fuckwits do it. It’s a boys club and while I’ve always been paid for my columns, many old white men give their columns free. That’s why you see so much drek online.

I’d also fallen into opinion writing accidentally. And I wondered if I’d really ever chosen it.

I was tired. Exhausted really. I was parenting while trying to meet deadlines while doing multiple side hustles, while still being asked if I could give content for free for “exposure”, while being asked to speak at events for “charity” (I’m a charity!) I was also copping relentless abuse on social media by faceless men who hated that I was a woman and had opinions.

I constantly had people saying I should quit all my side jobs and “just focus on writing”. I’d heard this for years from people who seemed to not know rent or paying for food was a thing.

Money was already extremely tight. I was not in any position to be paid even less.

Then Hamish McKenzie, co-founder of Substack, got in touch. I’d started a newsletter the year before under The Spinoff publisher Duncan Greive’s recommendation. I enjoyed doing it. It had become my favourite place to be online, but it was also one more job.

Hamish suggested I give up my day jobs and just focus on the newsletter. I told him again, that I lived week to week as it is – so I couldn’t do that. He offered a deal to get me to quit and focus only on the newsletter. Substack would front what they thought I would earn.

As someone who wouldn’t take their book advances until after the books had been written, I was not keen on this idea. I’ve always had little confidence in my writing and no real reason to believe it could give me an income.

It was Duncan and David Farrier, along with my husband and whānau, who encouraged me to take the leap. They reminded me that nobody is in the business of losing money, and I wasn’t being offered anything they didn’t think they’d get back.

I signed up. And quit my contracts.

Having a year to devote to writing has changed my life. I’m a better parent because I’m no longer working all hours to make enough money to be able to write. I was also able to finally give back to other parents of disabled children by working with others to set up a social support network. I was also able to run free writing workshops for teenagers, women and gender diverse folks – something I’d been wanting to do for ages.

Many women in writing have not had the same opportunities I’ve had. We lose many voices to the toxicity of social media and the lack of opportunity in the media – as well as the gaps in support. I struggled to have any ability to do as much as I wanted to do about these issues before. Now I’ve been able to host free newsletter seminars and mentor other newsletter writers.

I’m a healthier person because I’m no longer dealing with people who hate me on a daily basis.

When you’re an opinion writer and a woman you deal with constant garbage. Every morning on Facebook I used to have to clear my inbox of comments about how I should get raped or choke on a dick from guys who had photos of their kids as their profile pictures.

My inbox was often the same. Screeds of bullshit. My Instagram was locked so I had a lot less shit there but it was still fairly common. I’d quit Twitter long ago for obvious reasons. I can cope with being told I’m a slut 10 times a day but I draw the line at Twitter.

On Substack, we had amazing conversations about complex issues. It was, and is, a kind and generous community. There are no trolls because trolls are not willing to pay to insult you. I used to spend hours moderating – now they couldn’t comment.

Have I run away from mainstream opinion writing? Maybe. Do fewer people see my writing now than before? Almost certainly. Do I care? As it turns out – no.

Every writer wants their work to be read. But I’ve had a lot of readers over the last six years and it’s not all that it’s cracked up to be. Being on Substack has made me love writing again and it’s given me my life back.

I write about things I care about. Things that matter to me and my community. I am having fun with my writing again. If I have nothing to say – I don’t say anything. I answer to an audience that is thoughtful and compassionate.

I am on social media much less than I used to be which is incredible for my mental health. And I no longer see the desperate shrieks of attention-seeking Terfs and rabid racists on Twitter or the knuckle-dragging poison of misogynists on Facebook. Or at least I see a lot less of it, and therefore it doesn’t bother me as much.

It doesn’t bother me as much because I’m no longer breaking my balls trying to make enough money to write. I can finally take a break from it without thinking it’ll mean I can’t pay my rent.

So this year, when I had my annual “should I keep writing?” meltdown the answer was easy: Yep. I’m sticking around.

Emily Writes Weekly is on Substack, with free and paid options.