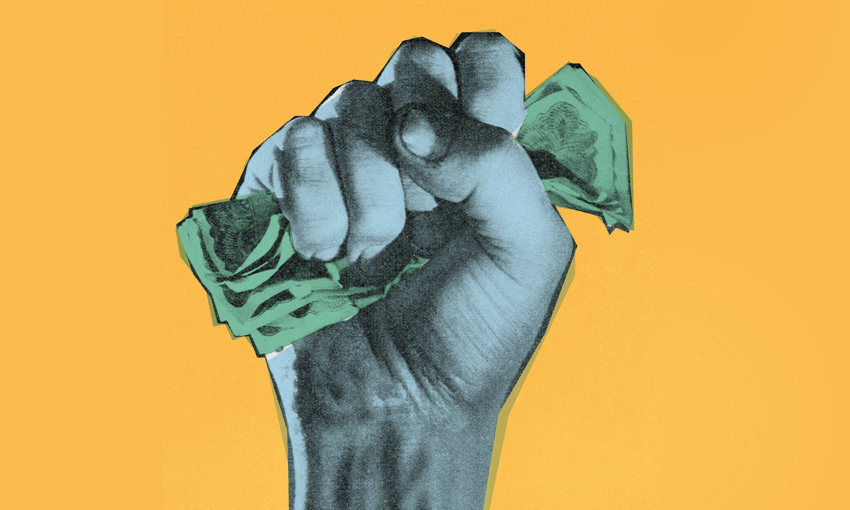 How to stop procrastinating and actually (finally) get on top of KiwiSaver. Because there’s a good chance that if you’re reading this, you don’t know a single thing about it.

When KiwiSaver first launched more than a decade ago, no one really talked about what our funds were investing in, largely because we had no idea. Then in 2016, publications like the NZ Herald revealed that many of our KiwiSaver providers were investing in some pretty morally questionable assets, including cluster munitions (basically bombs that explode out into lots of other little bombs), landmines, nuclear weapons, and tobacco.

Because of these revelations, coupled with a rising sense of social and environmental consciousness (83% of New Zealanders now expect ethical and responsible investing), many KiwiSaver providers have moved away from investing in these types of assets in the last few years. That’s not to say all funds are now perfectly ethical – millions of dollars are still being funnelled into dozens of less-than-desirable companies, the main ones being those that contribute to animal testing, fossil fuels, and human rights/environmental violations.

Obviously what’s ethical and what isn’t is subjective – some of us won’t mind that we invest in alcohol or GMOs, for instance – which is why it’s all the more important to know what you’re getting into. After all, you wouldn’t hand over a $20 note to someone without knowing what they wanted to do with it, so why should you entrust tens of thousands of dollars to fund managers without knowing where it goes?

In order to find out what’s in your fund, your first port of call is to contact your provider for more information. Meanwhile, tools like Mindful Money will allow you to see which industries of concern your fund invests in and which ones are actively excluded. You can even see what the fund’s top investments are as well as a list of specific companies it’s involved in.

You can also use Mindful Money to search for a fund that best aligns with not just your ethical values, but also the type of investment you’re looking for and the amount of risk you’re willing to take on, which are all factors you should consider when it comes to KiwiSaver.

Another tool you can use is the Responsible Returns website which is run by the Responsible Investment Association Australasia (RIAA). It’ll ask you what two issues you want to support (eg: healthcare and renewable energy) and what two issues you want to avoid (eg: human rights abuses and labour rights violations) to come up with a few suggestions. You won’t always end up with a definitive result, but it’s a good place to start nonetheless.

Because laws around what KiwiSaver providers are allowed to invest in are pretty vague, it’s kind of up to us to decide what we feel comfortable with. The more research you can do the better since it’s not always clear if an industry doing good or harm to the planet. For instance, investing in a weapons manufacturer probably sounds terrible, but then there are companies like Boeing and Airbus which manufacture conventional defence equipment that’s also used for essential civilian purposes.

However you define ethical investment, the good news is that it doesn’t necessarily mean sacrificing financial gain. “Despite the perception that an ethical fund is going to cost more and produce a lower return… research shows that ethical funds have at least comparable if not higher returns than conventional funds,” says Barry Coates, CEO of Mindful Money.

“Think about who the most trusted companies are in New Zealand: they’re usually the ones who take sustainability seriously because they’ve got a strong brand, a strong reputation, and their employees are motivated. At the individual company level, there tends to be a correlation between good sustainability performance and good financial performance. The same applies to portfolios,” although this can and does vary depending on the manager and what responsible investing practices have been adopted.

So what can you do if you find out your KiwiSaver fund is investing in what you consider socially irresponsible assets? Write to your provider and express your concerns, explaining what you’d like to see done. Or, if you really want to get your point across, simply switch to a different provider and let your existing provider know why.

The Spinoff’s money section is made possible thanks to the support of Kiwi Wealth.  They’re helping Kiwis like you put your lazy money to work to help you reach your goals.