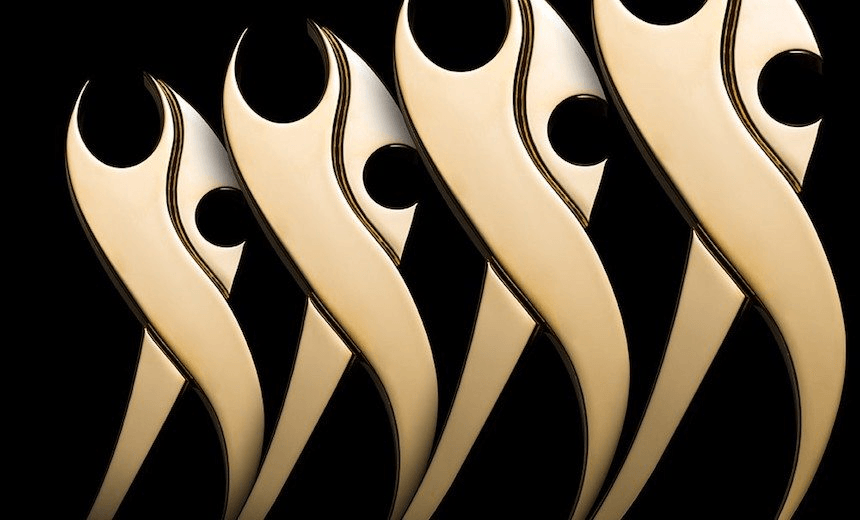 The biggest night of the musical year – the New Zealand Music Awards, brought to you by some communications services company – is tonight! And just in case there’s still a market for predictive data-driven (okay, not really) journalism after a year-and-a-half of presidential elections, I thought I’d put my hard-earned reputation as the Nate Silver of New Zealand Music on the line with a bold prediction for every category (except the quantitative ones which you can just google for yourself). How could this possibly go wrong?

Album of the Year

Aaradhna. Brown Girl is an excellent, super-relevant album in content with multiple musical sweet spots. Plus, it’s perfect time to reward an artist with a decade of excellent releases. Even though she won big three years ago and those big nights rarely strike twice, I see a big night for Aaradhna in my crystal ball.

Single of the Year

‘Brown Girl’. Sorry for the obvious – it’s just a fucking great song of politics and pathos. Check out our interview with Aaradhna where she talks through the songs and all the issues surrounding it here.

My head says Broods – because they’re super successful and most strongly represent the hopes and dreams of the New Zealand post-Lorde slip-stream – or Fat Freddy’s Drop – because they’re Fat Freddy’s Drop and New Zealand loves Fat Freddy’s Drop – but my heart says The Phoenix Foundation, particularly off the strength of the album’s title-track, which perfectly sums up, in a way I hadn’t heard before on a rock album, that moment you realise life’s not going to be everything you thought it might. As someone who’s given up on many dreams, it struck a chord. But, still, the judges probably don’t care about the striking of my chords, so … Broods.

Lawrence Arabia – he doesn’t seem to love awards, but awards judges love him. And so do I.

Aaradhna. As above. Every year, one act wins an armful of awards. I’m putting my money on this being Aaradhna’s year. If Broods and Tami Neilson (another judge’s fave) win all the categories, I’ll have to crowdfund the settlement of my gambling debt.

Breakthrough Artist of the Year

Um… Leisure? Everyone seems to like them way more than I do but, hey, you can’t argue that they haven’t had a ‘breakthrough’ kind of a year. Their singles have been blogged about endlessly by bloggers on their blogs and their deluxe LP has been available for purchase at (at least one of) Auckland’s coolest cafes. Maybe it’s not them, it’s me.

Beastwars. The opening riff of ‘Call the Mountains’ should win this award on its own.

Honestly, I’m not sure. These are all capable, skillfully made albums, none of which lit a fire anywhere near my ass. Let’s just call it for … Broods. People still love Broods, right?

I know … I awarded predictive awards to the other two finalists in this category, but if I’m going with the album I’ve just flat out wanted to press play on the most, it’s Silicon’s Personal Computer. I even wrote a profile of Kody Nielson (plug!) while listening to a lo-fi advance stream on this album on repeat for hours and never got tired of it. I’m even listening to it now and it still sounds great – shiny, intense and plain weird.

Just gonna add to Aaradhna’s armful here, but, even though they’re probably going to lose, you should definitely check out these other two. Local rap music doesn’t get the attention it once did, but these should’ve been more central on people’s radar – PNC the veteran, SWIDT (‘See What I Did There’) the rookies.

Fat Freddy’s. Fun fact: The Drop hold the best press events in the game – oysters, paua wontons, fried chicken, all made by the band. It’s legit.

Pacific Heights – the solo project of former-Shapeshifter Devin Abrams – gets just far enough away from being ‘New Zealand’s James Blake’ to be a winner.

Dennis Marsh. I need to know more about the connection between Māori music and country music. Shit, did I just pitch myself in public? Maybe. If you’ve got an in on this, pitch me. I’m also obsessed with people who achieve big things at an, um, advanced age and since Marsh released his first album well into his 30s, he’s made like 25 of them and Maori Songbook (the first one, not this one) became his first No. 1 on the New Zealand Album Chart when he was 60. Amazing!

I’m gonna level with you – I haven’t listened to any of these albums, so let’s take a stab in the dark and say … Edge Kingsland. Why? I like the name Edge Kingsland and ‘The Common Good’ is vaguely admirable.

Again, I’ll admit – I’m not familiar with any of these. Let’s go with Anthony and Ross. I like to think of them as best buds who just love making classical music together. (Please tell me I’m right.)

This award will depend entirely on turnout. Who will go to the polls? Who’s got the most effective ground game? Who’s got the best social media strategy? Who’s micro-targetting the likely voters? If the turnout skews young, Broods have the advantage in a tight race taking the plurality of votes but not the majority. If it leans older, Sol3Mio have 76.8% chance of a majority. If it’s somewhere in between, Fat Freddy’s with a 64.1% chance of taking 43.8% of the vote – short of a mandate, but enough to take the trophy. But, if there’s some unforeseen forces in the electorate, who knows what that could mean for all-caps new-comers MAALA and KINGS.

You could probably look this up somewhere, but that would spoil the fun, so I’m not going to do that for you.

Radio Airplay Record of the Year

Same. (Though maybe you can’t look that up. I’m not sure. But I almost never listen to terrestrial radio, so your guess is as good as mine.)