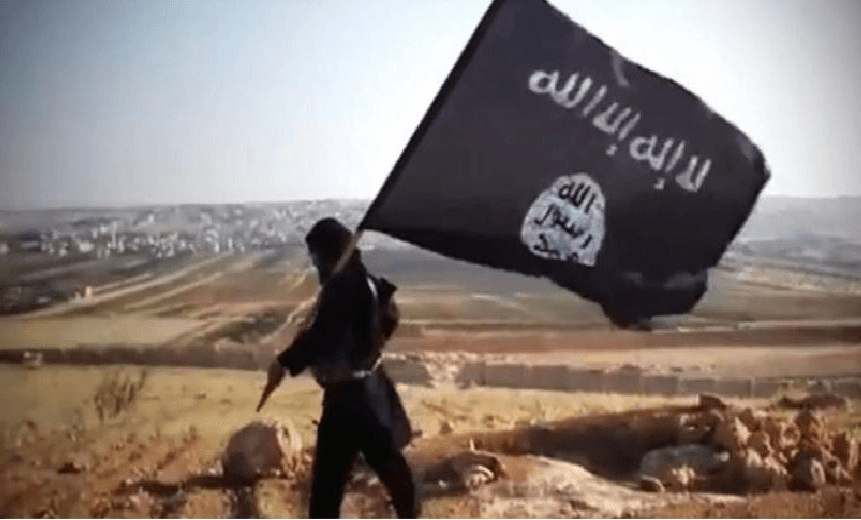 A still from an ISIS propaganda video

The spread of Isis and a values void in the West

A still from an ISIS propaganda video
Opinion

In what is sadly becoming all too common an occurrence, the world is grappling with news of another horrific terrorist attack, this time taking at least 84 lives in Nice, France. While there has been no claim of responsibility by Islamic State (ISIS), there is inevitable speculation that the perpetrator may have links to or be inspired by the terrorist group. It is almost a year to the day of the ISIS inspired bombing of Surac in Turkey in which 33 people died (one of a spate of attacks cited by the group who attempted to stage a military coup launched on Saturday morning). In the 12 months that have followed, countless other attacks have occurred across the globe, pointing to a worrying spread of this menacing and murderous movement.

It is fair to say that ISIS has become the most important global security issue, at a time when a number of issues – ranging from the looming Brexit to China’s territorial disputes – are currently afflicting the world. However, in the roughly two and a half years that ISIS has been aggressively attacking anyone deemed an infidel to its bleak and intolerant vision of the world, the international community has failed to combat the spread of the ideology and has, in turn, suffered more and more attacks.

Combating ISIS requires that we better understand what the movement is and what is driving it. This is clearly easier said than done. Some put the blame on Islam and its alleged problem with extremism. Others put the blame on the West for meddling in the Middle East. However, while both may be part of the problem, the ISIS phenomenon is far more complex and the solutions are far less obvious.

Unlike most terrorist movements from the 20th century and early 21st century which had clear political goals at the heart of their movements, usually some kind of aim of achieving secession from an overbearing state, ISIS’s goals are far grander and global. Compare ISIS with Al-Qaeda. Al-Qaeda’s despicable targeting of innocent people in the West (the far enemy) was designed to inspire awe at home in order to facilitate regime change in their countries of origin. However, ISIS appears to go further in its aims as it is actively challenging the West on an ideological level.

The most compelling historical analogue for the ISIS phenomenon is not any previous Islamic-based terrorist movement such as Al-Qaeda – even if ISIS is arguably a mutation of it – but rather the anarchist movements that spread across Europe in the late 19th century. People identifying as anarchists perpetuated bombings across the continent up until the first world war as a haphazard challenge to state power and the status quo. Arguably, anarchist strongholds like the Paris Commune of the early 1870s acted in a similar way that the Syrian city Raqqa does for ISIS, in that it helped inspire movements outside its borders.

The key point here is that the perpetrators of ISIS’s attacks seem to be more nihilistic than religiously motivated. To this end, Islam is used as a framework for action (as anarchism was in the 19th century), but the goal in itself has very little to do with Islam and its teachings. As Bill Durodie puts it, “Islam acts more as a motif than a motive”. This is further backed up by the fact that many of the perpetrators of these attacks lived lives completely at odds with Islamic doctrine. Additionally, most perpetrating the attacks are not people from the ISIS strongholds but “lone wolves”, second and third generation locals.

The pertinent question that arises out of these observations is: what is it about our societies in the West that inspires such nihilistic actions by its citizens? Part of the problem is surely that the West has lost confidence in its ideological heritage. The core enlightenment values – rationality and liberty – that drove Western civilization post-eighteenth century have lost their significance. There are legitimate reasons for why we have lost our faith in the West, particularly given the persistent (neo)colonialism and hypocrisy at the heart of Western foreign policies.

In the roughly three decades since the end of the Cold War, the prevailing optimism that the West could inspire global change has been replaced by not only cynicism but active repudiation. The failed interventions in Afghanistan and Iraq coupled with the failed democratization waves in the Middle East, North Africa, and Eurasia has dealt a massive blow to Western ideology. Adam Curtis, in his documentary Bitter Lake, argues that the feedback from the West’s failures has left us unsure as to whether our ideology is still the best option, which was unequivocally not the case at end of the Cold War.

Thus, it seems that the ideological void at the heart of Western societies is something of a catalyst for nihilism, and thus, a fertile ground for ISIS to push its extreme ideology. Indeed, a society that believes in nothing is particularly frightened by a society that believes in something. Therefore, while we have taken the fight to ISIS the physical entity in Syria and Iraq, and have arguably made notable inroads, we also need to think about how we can fight ISIS the ideology. Paradoxically, as the physical ISIS is retreating in Iraq and Syria, the ideological ISIS is spreading to new places like Bangladesh and Indonesia.

Fighting ISIS the ideology clearly requires that the West puts forward a more coherent and reasonable alternative to the bleak and apocalyptic visions embedded in ISIS’s actions. We clearly have the ideas and inspiration to do this – freedom and democracy are surely ideas we can all agree are worth fighting for – but whether we can confidently assert this is less certain.

The seemingly neverending economic crisis, among other global issues, which has hastened the rise of xenophobia and narrow-mindedness, means finding the necessary solidarity, amongst policy-makers and the general public, is extremely difficult. Additionally, the West’s cosy relationship with Saudi Arabia, the spiritual home of ISIS’s Wahhabi-inspired ideology, is a further hindrance to our efforts in addressing the ISIS question.

Unsurprisingly, the response of international leaders and politicians to these latest attacks has been swift. French President Hollande called for “absolute vigilance” while promising that France will strengthen its commitment to fighting ISIS in Syria and Iraq. Across the Atlantic, Republican presidential candidate Donald Trump implored Congress to declare war on ISIS while Democrat candidate Hilary Clinton called for greater intelligence cooperation between allies. Although the tabled solutions have ostensible differences, the common denominator is that these touted responses are designed only to combat ISIS the physical entity, not ISIS the ideology.

Ultimately, the narrow focus of the solutions on the table – in that they only look to address ISIS the physical entity – could be counter-productive in the long run. The fact of the matter is that ISIS is an existential challenger to the West, not just a regional anomaly. Therefore, the quick fixes offered by policy-makers will be futile in combating its inherent threat.

The sooner we come to a realisation that fighting ISIS the physical entity will not suffice alone, the sooner we can get real about fighting the ideology, which starts with remembering the core Western ideals worth fighting for.

Instead of putting up walls when things were tough, NZC set about dismantling them.
By Dylan Cleaver
Contributing writer
Opinion
21st July, 2022

Can a nurse practitioner do a GP’s job?

A couple – one a doctor, the other a nurse – debate a proposed solution to the GP shortage.
By Sophie Gerrits and Toby Hill
Guest writer