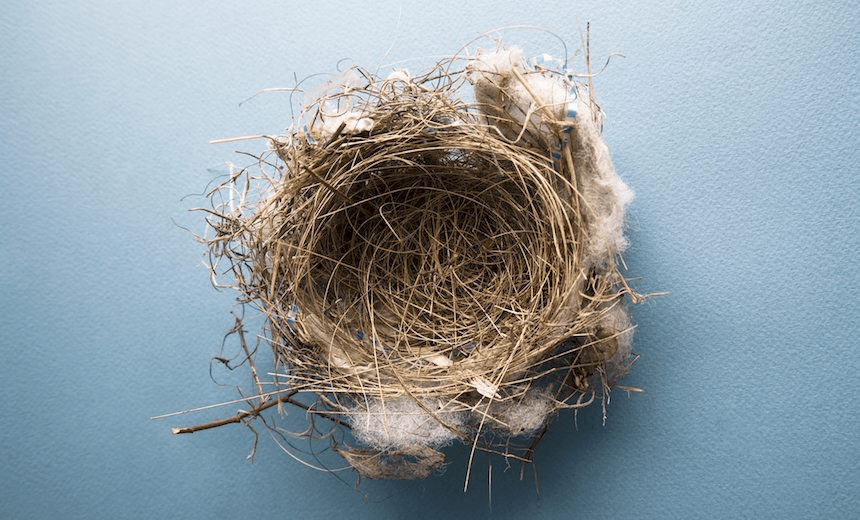 ‘Just wait, you’ll change your mind’ and every other terrible response to my decision not to have children

What is it about being childless by choice that seems to invite everyone you know – and a few you don’t – to weigh in? Elizabeth Heritage, for one, has had enough.

Earlier this year I wrote about being happily childfree by choice and it hit a nerve. One of the things I learned from the responses I received is that childfree women and mothers alike face judgement. One woman commented that she’d been nagged about childbearing before she had kids; was told after the birth of her first child that it was “cruel” to only have one; was badgered after the birth of her second son to “try for a girl”; and was told when her daughter was born that she must be a sucker for punishment. No matter what fertility and family planning decisions women make – it seems we can’t get it right.

My decision never to have children is one I made with care. I was about 30 when I thought, well, if I’m going to have kids, I’d better start now. It was then that I realised that I actually didn’t want to. I looked inside myself for the desire to become a mother and found that it just wasn’t there. Its absence was total, clean. I felt surprised, but calm: the decision was made. I was also surprised by the lack of meta feelings: I feel neither conflicted nor guilty about the decision to not have children. It wasn’t one of those what-if, who-even-am-I, pros-and-cons-list decisions. It was quiet, simple, and permanent. If only I could say the same of other people’s reactions.

And what a rich fucking tapestry those have been. I’ve had taxi drivers (all men, by the way) just flat-out instruct me to have kids; I’ve had colleagues tell me that, once I become a mother, I’ll understand what life’s really about; I’ve had job interviewers, nervous of my general demographic, ask me about my ‘family obligations’ and then not believe me when I assure them I’ll never take parental leave; I’ve had whānau take my decision as devastating news; I’ve had friends who are mothers delicately enquiring as to whether, since the last time we spoke, I might have decided in favour of pregnancy after all. Depressingly, I’ve also had older childfree people warn me that the questions from casual acquaintances about why you don’t have kids never, ever stop.

The person I was most afraid of telling was my own mother. I was scared she would take my decision as a criticism of her own choices; as a kind of fundamental ingratitude. She was taken aback, for sure – as a society, we still assume parenthood to be the natural state of adults. But she’s come round and is supportive. (Thanks Mum!)

I wish I could say the same of my wider family. One of my whānau (who is herself a mother) told me that it sounded like a good decision for now, but that I would definitely change my mind. This happens to childfree women a lot, and it’s really fucking patronising. I’m not even sure what she thought she would achieve: that I would believe her and reverse my decision now in order to save time?

Logic, though, doesn’t seem to come into these discussions much. Children, fertility, parenthood, whānau – these are visceral themes. My family see me with young kids and think: can she be serious in her childlessness? Look how much she loves her niece! Don’t those feelings transfer? Don’t you want one of your own?

I don’t want to be a parent, and that’s why I don’t have any children. It really is that simple. Women who decide to remain childless are often accused of selfishness (men, much less so). Partly, I think, this is due to parents who are very invested in their identity as parents lashing out at those who are taking a different path. Partly too it is an expression of the sexism that is still woven deep into the fabric of our culture: women who make decisions based purely on their own needs and wants, without reference to anyone else, must be punished.

One place where others’ reaction to my decision has done real harm is in my medical care. For about a decade now I have suffered from severe dysmenorrhea (menstrual pain, with accompanying diarrhoea, nausea and anxiety). Eventually it became so unbearable that painkillers weren’t even making a dent, and I sought help from my GP. For years she put me through a series of variations on a theme of hormonal contraception. None of them solved the problem; all of them had unpleasant and significant side effects.

Throughout the process my GP managed to give me the impression that dysmenorrhea was just something to be endured. That made me angry. I don’t buy the idea that repeated acute pain is the price of being a woman. I find especially toxic the idea our culture has inherited from Christianity that uterine pain is some kind of divine retribution, natural and just – that pain is something women deserve. Fuck that noise. Pain is something medical science can solve – although, again due to our lingering sexist ideas, dysmenorrhea is under-studied proportionate to its occurrence in the population, and women reporting pain are less likely to be believed.

I told my GP I definitely never wanted to have children. At every appointment, she would check whether I’d changed my mind. I found it so frustrating that she seemed to be starting from the assumption that my stated position was probably wrong and couldn’t be trusted. Eventually, years later, she referred me to a gynaecologist.

I told the gynaecologist about the pain, about my need for permanent contraception, and about my desire to never have another period ever again. She suspected I had endometriosis, and booked me in for a diagnostic laparoscopy and tubal ligation (getting my tubes tied). If that didn’t work, she said, she would consider recommending a hysterectomy.

I burst into tears. Being believed and taken seriously, having the permanence of my decision not to have children respected instead of challenged, having proof of ‘my body, my choice’ – it was such a startling relief.

So I had the surgery, and it was pretty fucking unpleasant, let me tell you. The good news is that I don’t have endometriosis, and that the tubal ligation went smoothly, so my ovaries are now officially incommunicado, forever. Again, though, the people around me have all kinds of feeling and opinions about my body and my fertility that they want to share with me. It’s the difference between making a passive decision to maintain the status quo by doing nothing (to continue to not have children), and having made an active decision to permanently erase that avenue of possibility through surgery. Humans have a strong cognitive bias in favour of keeping all possible options open, so, even though I have no qualms about having had my tubes tied, I can understand why others do. Even right before I was wheeled into the operating theatre, one of the nurses said to me: “So you have young children at home?”

Society’s reaction to my decision not to have children is something I often ponder. I think about my mother, and her mother, and her mother, and all my direct female ancestors back through the centuries. I think about the unbroken chain of mothers and daughters and mothers and daughters through the millennia; and how I have put a giant ‘Stop’ sign in front of that one, specific gene train. I think about how, in all those aeons, I am only the second woman in that thread to have access to the Pill. And the first one ever to consider child-rearing and say, with finality:

And the only answer I have to that question is this: I am me. I am me, and I am sufficient reason unto myself. I get to choose. Feminism and medical science have offered me the gift of opting out of childbearing, and I choose to accept that gift. I’m glad to live in a society that is beginning to examine the assumption that parenthood is the natural state of all adults (and particularly the idea that motherhood is an essential part of womanhood). I’m glad to live in a country with subsidised healthcare that (sort of) supports a woman’s right to choose. I’m glad that parenthood is something I can sidestep safely and with confidence. I’m glad that you have children. I’m glad that I don’t.

Elizabeth Heritage is a writer and book reviewer based in Wellington. She is the Communications Lead at Creative Commons Aotearoa New Zealand, and the Sales, Marketing and Publicity Tutor on the Whitireia Publishing course, amongst other things. Follow her on Twitter at @e_heritage.