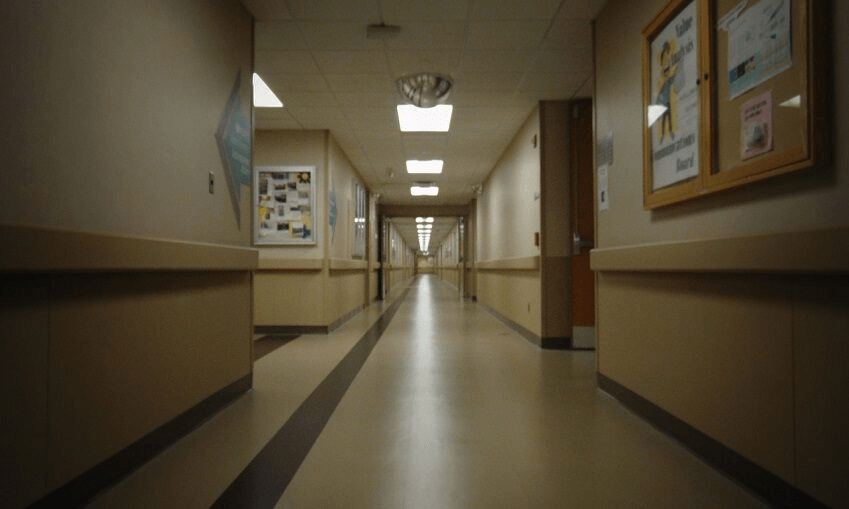 Would witnessing terminations change your view on abortion? Student midwife Lucy Kelly explains how an abortion clinic placement made her rethink her assumptions about women who end their pregnancies.

Every single day of my work and study involves seeing new life, and celebrating new life with families. My studies, my degree, my career, and my purpose in this world is to facilitate the creation and growth of new life, from conception to birth to postpartum.

I was also raised with a Catholic education (though my parents were passively non religious). My version of “sex education” at high school was having to listen to a man tell me and my peers that if we so much as looked at or kissed a boy, we were cheating on our future husbands and committing adultery. When I was 13 I sat in an assembly hall while we were taught about the sin of premarital sex. We were made to hold tiny plastic fetuses and reflect on what it would mean to be a murderer if we ever chose to abort. As a 12 year old I was told that bearing children is not a right, or a choice; it is a gift from God that we get no say in. Even if that so called “gift” was a byproduct of rape, who are we as mere mortals to give up a gift from his holiness above?

It would make sense that I would be pro-life, given my education, both religious and academic. For a long time I described myself as “pro-life, pro-choice.” Meaning that I believed any woman who thinks she may be capable of caring for a child should make every effort to do so. For a long time I believed termination was the easy way out.

In my second year of studying midwifery I had a brief placement in a New Zealand abortion clinic. It was my choice: I was told what it involved, that I did not have to go and that I could leave at any time. I chose to go because I knew I could handle it. As a lifeguard I have dragged bloated dead bodies from the ocean; I have performed CPR on these bodies just to be able to tell a family I did everything I could. I have delivered stillborn babies, and taken footprints and handprints from their tiny lifeless bodies and swaddled them and handed them to their grieving parents. I have watched brutal crash C-sections, resuscitated babies, and left shift after shift in a pair of scrubs with my uniform in a biohazard bag covered in another person’s blood, vomit, amniotic fluid, breast milk, or urine. My job is not pretty, it is not pleasant – it is epically and wonderfully heartbreaking and it is beautiful. I’m good at it because I have a stomach of steel, at times a heart of stone and adrenalin is my favourite natural drug in this world.

I held the tension of my Catholic upbringing, my love of new life, my “pro-life/pro-choice” stance, and my heart of stone present as I entered the clinic. I am so grateful to the many selfless women who allowed me to sit in on their counselling sessions, their education sessions, their consent appointments, and pre- and post procedure physicals. On my second day at the clinic, I was consented to prepare a woman for her procedure and go through to the procedure room with her. As I stood there in my scrubs and watched this woman lay down on the table, and the doctors begin the procedure I felt my glasses steam up. I watched the suction unit so closely I felt my gaze falter and my stomach dropped as I witnessed the tiniest of embryos filter down into the suction unit along with copious amounts of blood. My skin became clammy, I felt light headed, I stood incredibly still. I took a moment to look up and saw this woman, lying on the table, her hands shaking. She was alone; friends and family weren’t allowed in the procedure room. I noticed a pool of tears collecting on the draw sheet beneath her.

A doctor yelled at me to be careful of the sterile field as I wandered closer to the procedure table, knelt down on the floor and held this woman’s hands so tightly my fingers went numb. Afterwards I was asked to take her blood pressure. The nurse handed me a sphygmometer, a stethoscope and a box of tissues with the words “she’s a crier”. The only emotion I could detect in the nurse’s voice was pity. I asked to leave immediately afterwards. I felt like my blood had turned to ice and was sludging its way through my veins. I could feel a tidal wave of emotion stuck so firmly in my throat I could barely speak.

For the first time ever, my stomach of steel and heart of stone had failed me.

While it may have seemed like I had become well and truly pro-life in that moment, the opposite had occurred. I had just witnessed a woman make the most awful, difficult and courageous decision for herself, her partner, and her future children.

I learnt that procedural abortions (the procedures I described above) were far less painful and traumatic than “medical” abortions (where the woman takes a pill to end the pregnancy). Women are encouraged by their partners and family to have medical abortions as they see it as less invasive. But what few people know is that if you have a medical abortion you will be stuck at home for days, you will experience the worst pain of your life, and you will bleed so much you will need a bucket to catch it all. You will think you are dying.

I birth babies, I support women and families to grow and birth new life. I love my studies and my job. And I am pro choice. Because some of those very preterm babies I have seen at 21/22 weeks gestational age who only take one breath before they pass away, they are not going to live full and prosperous lives, and their rights do not outweigh the health and sanity of their mother’s. I truly believe that until a fetus has been grown for 24 weeks, and can survive outside its mother’s body, it is not a completely separate life. It is a human soul tethered to its mother’s body, and she has the right to choose how she proceeds with this part of her life and her body.

Late term abortions (post 20 weeks) are only ever performed for serious medical reasons. Women who are having late term abortions are only doing so if their baby will not have any quality of life outside the womb. I cannot fathom how any politician can believe that they understand more about a woman’s health, and survival, than the doctor caring for her.

The idea that women are incompetent and unable to make sound medical and life decisions is as barbaric as beheading peasants for stealing a bowl of stew. The idea that a woman who chooses to terminate her pregnancy is a failure, or made a mistake, is completely ignorant. And the idea that you, as an irrelevant third party to this woman’s life, gets to have a say on what is morally or medically right for this woman and her family, is just plain arrogant.

I am yet to meet a woman who sees her termination as the easy way out, I am yet to meet a woman who wants to have to make this choice. The thing about pro-life is that you are promoting the rights of an unborn fetus you know nothing about, and diminishing the autonomy of a live, grown human being who you also know nothing about. The thing about pro-choice is that you are stepping back and admitting that actually, you have no say in this situation.

This is not your life.

This is not your pregnancy.

This is not your experience.

You do not get an opinion.

Until you have lived this hell, made this decision, held the tension of two terrible fates and had the courage to make a choice that will break you to pieces, you do not get to judge a woman or decide what is best for her.

Your personal religious beliefs have nothing to do with the rights of women you know nothing about.

Pro-life strips a woman and a family of all respect and dignity. Pro-choice hands dignity and respect to that woman, and grants her the power to make her own decisions. I do not for the life of me understand how something so personal, heartbreaking, and medical ever became a point of political and religious discussion. I do know that it is time for this to change.

The word midwife literally translates to “with woman”. I am with these women. I’m with her. I’m with her whatever choice she makes and I trust her to make the right choice for herself and her family.