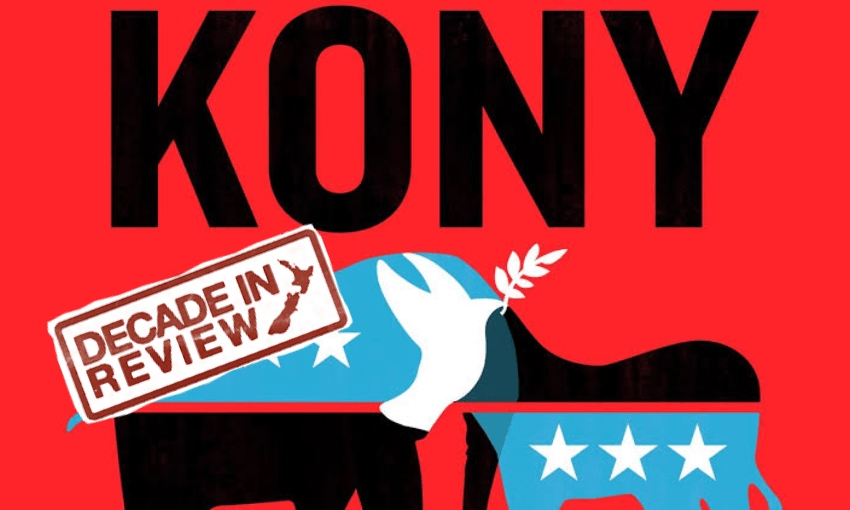 Remember this? Are you embarrassed that you bought a t-shirt?

Remember this? Are you embarrassed that you bought a t-shirt?

Madeleine Chapman looks back at ten years of global migration from the real world to the online world.

Nothing has changed humanity and how we navigate it more than the internet in the 2010s. In 2010, the world had the internet. In 2019, the world is Online. The internet at the start of the decade was an unexplored planet. Potentially dangerous but full of wonder and harmless, dumb debates. The internet at the end of the decade has been thoroughly explored and found to be worryingly dangerous, filled with hate and harmful, dumb debates.

In a country where distance has been a sticking point in keeping up with global trends (paying $50 for international shipping and waiting five weeks for the latest cool thing to arrive really dampens the excitement), the internet has been an equaliser for New Zealand. Myspace, Bebo, and Tumblr allowed real-time interactions to take place across oceans, with complete strangers. In 2010, the migration to Facebook began in earnest. Americans had been on the cursed site for years, but New Zealanders were Bebo purists.

Facebook was fun. Status updates were short and to the point, usually broadcasting a mood or a meal. Anything beyond that and it was time to hit the message boards. That was what defined early-2010s internet: rooms. So many different sites for everything, before a select few billionaires decided they wanted to own every second of every person’s attention and amalgamated them all.

The Spinoff’s Decade in Review is presented in partnership with Lindauer Free*, the perfect accompaniment for end-of-decade celebrations for those looking to moderate their alcohol content (*contains no more than 0.5% alc/vol).

Communities grew throughout the decade, and online homes formed for every person, personality, and kink imaginable. Interests deemed uncool (comics, Dungeons & Dragons, reality television) went from being highly populated but isolated corners of the internet to being unavoidable for anyone with a connection. Iron Man 2 was an objectively terrible Marvel movie in 2010 that did well at the box office and had audiences questioning whether superhero movies were sustainable. Avengers: Endgame in 2019 is the highest-grossing movie of all time and was memed beyond recognition within hours of its release. The previously silent and maligned had found a voice, and safety in numbers.

The internet brought people together, and never was this demonstrated more strikingly than with KONY2012. KONY2012 was a short documentary uploaded to Vimeo and then to Youtube by non-profit organisation Invisible Children seeking donations to help fight Ugandan militia leader Joseph Kony. The documentary wasn’t particularly well-made but it struck all the right emotional chords and found an audience of young adults desperate to be part of a global movement. The KONY2012 saga was perhaps the earliest demonstration of the very best of the internet (its ability to unite millions around the world within minutes – my flatmate ordered a KONY2012 merch pack as a first year university student in Auckland) and the very worst (by the time his pack arrived, the movement was over. The doco had been criticised for being white-saviouring and overly dramatic; attempts to inspire real-life action as opposed to online clicks had proven futile; and the movement’s leader was arrested after suffering a mental breakdown and being filmed publicly masturbating in San Diego). No matter the original intention, viral fame rarely ends well.

In 2013, Chorus announced a nationwide competition, Gigatown, to determine which town or city in New Zealand would become the first in the Southern hemisphere to receive ultrafast fibre broadband. Ironically, the competition to see who would get the fastest internet in the country – internet that would apparently load a gigabyte per second – took two whole years to find a winner.

Before they found a winner, New Zealand had its first brush with internet fame. Paul Vasquez aka Yosemitebear aka the guy from the ‘double rainbow’ viral video, starred in a Vodafone TV ad. By all accounts, he was the first viral star to have a New Zealand connection. We had our own ones soon after. In fact, 2013 was a golden era for New Zealanders going global. There was the the Always Blow On The Pie guy, the Father’s Day is on Sunday lady, and the Nek Minit guy who had a resurgence after originally appearing in 2011.

What separates New Zealand’s internet moments from the early 2010s to the ones of the late 2010s is simply commercialisation. The videos and memes of 2010-2014 stayed just that. Even the double rainbow guy, whose video was the most-viewed in the world at one point, only appeared in two commercials, and one was halfway across the world in New Zealand. Now, a good online thing can never stay as just that. One viral video from How To Dad in 2015 has turned into a full-time influencer career for Jordan Watson. A funny Snapchat guy with crack up dance moves in 2017 became William Wairua on Dancing With The Stars, and seemingly every second TV commercial, in 2019.

Before, there was real life and the internet. Now there’s just online and it’s everything. At least we have memes.

At the end of 2015, Dunedin was crowned Gigatown, some 18 months after most people had stopped caring about the competition. The lack of interest was probably for the best, because some gold-standard desperation videos were made by more than one city mayor at the time.

By then, the internet had become synonymous with social media. Everything was absorbed through social media. News outlets turned their attention from print to online, then to video. Netflix was a staple in New Zealand, and enjoyed a monopoly for a while before other streaming services caught up. Everything you used to want in real life was now available with a click.

The flipside, however, is that the internet has become everyone’s drunk friend in the worst way. You present a questionable thought or idea to it and no matter how bad it is, the internet will provide support and encouragement. Whereas previously someone harbouring secret racist resentment would keep it that way for fear of recrimination, now they can go online and find thousands of people saying actually, you’re absolutely right.

The one crucial arena where New Zealand falls slightly behind is using the internet as a democratic tool. In 2016, foreign agents used Facebook and other social websites to influence the US general election. While such heavy-handed corruption wasn’t emulated here in 2017, the power of memes and ‘shitposting’ – two things largely seen as harmless until that point – was made clear. Sean Topham and Ben Guerin assisted the National Party in its social media during Bill English’s prime ministerial campaign. English won the election night but lost the government. The strategy of rapid response memes and video clips was a winner though, and Topham Guerin have since gone on to lead Scott Morrison and Boris Johnson to election wins in Australia and the UK. It’s unlikely their influence will be felt in the 2020 election (who could afford them now?) but the success of the method is undeniable.

Harnessing the power of the internet, particularly Facebook, for democracy isn’t so cut and dry for a country that now holds the shameful title of First Country in the World to Experience a Terror Attack being Livestreamed on Facebook. New Zealand, through Jacinda Ardern, is leading the call to stop online extremism, especially targeting platforms like Facebook that are repositories for the worst of human behaviour. We are leading the way on this, but even Ardern refuses to rule out spending big sums on Facebook advertising in order to win the election next year.

The new decade will begin and thousands of New Zealanders will vow to delete their social media accounts and be more present in their own lives. It’s become as common a New Years resolution as wanting to get fit.

The internet phrases of the decade:

The decade in a sentence:

Everyone shared too much and now everyone knows too much.