Jonthan Cotton speaks to the people behind a programme teaching modern authentic leadership about what makes a great leader in 2021.

When it comes to making change, humankind has historically looked to its most exceptional and extroverted people to lead us through its most challenging problems. Plato had a few opinions on this, identifying four key traits of great leadership – prudence, justice, temperance and courage – required of a leader.

Notably absent on that list: self interest. In fact, Plato insisted that self-interest was the scourge of the effective leader, arguing rather that “philosophia”, or “love of wisdom” was the essence of good leadership, even going so far as to propose the creation of a caste of “philosopher kings” to lead his Republic.

A few thousand years later, Thomas Carlyle popularised a new idea of what makes a great leader, the “great man” theory of history. He argued the history of the world was “but the biography of great men”, with great change coming from a special few leadership-endowed individuals, who were born, not made.

Nice work if you can get it, but with little room for upward mobility for the rest of us. But Carlyle’s view doesn’t exactly fit with today’s prevailing western consumerist, individualistic mindset. As a culture, we do like to celebrate changemakers, but not all of them, and not equally. Statue of Plato outside the Hellenic Academy (Photo: Getty Images).

Credit for great leadership in today’s society most often goes to stand-out economic winners first and foremost. We love our “self-made millionaires”. That same culture celebrates leaders with ego. A generation of leaders have been defined by their supposed hyper-industry and aggressive self-interest. The big-name business successes of today are showy, glamorous and outspoken. Elon Musk is one current beneficiary of this mythologising, as was the revered but deeply troubled Steve Jobs.

Now, however, the unique problems facing our modern world require new approaches, and the old vision of what a leader should look like is being challenged. When success starts to be measured by things other than just profit and growth, leadership has to go through a reinterpretation too.

“Authentic leadership” has become a favourite term of modern HR academics, but its definition is a work in process. If “authenticity” is speaking your mind by that definition, Donald Trump (and a multitude of other bombastic cultural figures) would be seen as the best in the business. There’s much more to it than that.

“Whilst it’s true to say that both Donald Trump and Boris Johnson are authentic in that they are being true to themselves and their beliefs and values, so too were Adolph Hitler, Bin Laden and Pol Pot,” writes psychologist Fiona Beddoes-Jones. “History is littered with such men.”

There’s a growing movement to define authentic leadership in a new way that values purpose and vulnerability. The Leading Change for Good programme  is attempting to define and promote what inclusive, authentic leadership can look like in a rapidly changing world. The 34-week NZQA-accredited postgraduate certificate focuses on alternative concepts of leadership and personal transformation.

Launched in September last year by The Mind Lab, Leading Change for Good uses deep self-examination as well as a strong academic foundation, to bring out the innate leadership qualities of its students in the interest of long-term positive change. That involves some pretty big questions about how students want to impact the world.

“Authentic leadership is really about how you define ‘the good’,” says Hancine Samvelyan, education director at The Mind Lab, and facilitator on the Leading Change for Good programme. “How you approach that word ‘good’ is very value-based, so a big part of what we do is get our candidates to think through the decisions that they’re making on a daily basis, to think about the way they interact with their peers and their colleagues, and to look for things that create sustainability and better work environments, rather than just making those decisions that are based on financial implications only.”

Prime minister Jacinda Ardern’s response to the demanding challenges of her term in government have been used as an example of a new, authentic, empathetic leadership style. Ardern’s “team of five million” narrative to lead the Covid-19 pandemic, as well as her determinedly inclusive response in the immediate aftermath of the Christchurch terrorist attack (“they are us”), her “be kind” rallying call, and swift action implementing tougher gun laws, have all been praised internationally. There’s a growing body of research that supports the idea that a kinder, gentler way of leading has significant benefits.

A 2019 study conducted by Edith Cowan and Macquarie Universities in Australia found positive business outcomes (think happier, more engaged employees) are associated with authentic leadership traits in superiors (such as self-knowledge and self-consistency). That study reached a similar conclusion to a 2012 one, which also found strong links between authentic leadership and “desirable employee outcomes”.

In 2021, leading with purpose is only getting hotter, with demand up for books, TED-talkers, and new courses encouraging innovative leadership approaches centered on self-awareness, transparency, fairness and community. The skills required to lead change for good across society are in demand.

The Leading Change for Good programme is not your typical stand-and-deliver experience. Students – many with backgrounds in community-based and non-profit organisations – bring their expertise to the programme as well, which encourages collaboration and sharing. In-person get-togethers are six-weekly at The Mind Lab in Auckland and include panel sessions, hands-on workshops, discussions and networking

“People are leaders in different ways,” says Te Mihinga Komene, Pou Ārahi at The Mind Lab, and lead on the kaupapa Māori and indigenous knowledge content components of the programme. Te Mihinga Komene is Pou Ārahi at The Mind Lab, and lead on the Kaupapa Māori and Indigenous Knowledge content (Photo: supplied)

“You don’t have to be out the front or a famous TED talk speaker or anything like that to be a leader. Too often we look overseas for inspiration, but we’ve got so much of it here in our own backyards, right here in Aotearoa. Who is actually doing the leading in your whānau?”

Rediscovering this local wisdom is a cornerstone of the course, with Māori and Pasifika leaders regularly participating as guest speakers.

“The speakers are really fascinating people who are all using different models of leadership or targeting change in different ways, with different ideas of what ‘good’ looks like for different communities,” says course participant Rebecca Gaelic.

“It’s been part of our journey to really engage with some of these fundamental ideas, especially a word like ‘authentic’, which is just so tossed around. Everyone is a leader in their own right, but I think the expectations that we have against that term make it a little bit fraught.”

Leaders don’t exist only at an executive level and it’s essential to help employees understand where they have a role to lead within their organisation says Samvelyan. She sees a lot of frustration from participants with corporate backgrounds who can feel powerless to affect positive change within their own organisations. The course is designed to equip them to have meaningful influence on the culture of their workplace, to empower them to lead.

“People can feel that they have to change their ways in order to match what the company wants. What we’re trying to do is let them see that there are ways to still ‘be yourself’ within that leadership role,” says Samvelyan.

“But if we don’t look at things in a different way, if we don’t challenge, then you don’t get change.”

A lot of western leadership theory is based around compartmentalising different skills and competencies, explains Samvelyan, whereas indigenous forms of leadership often focus on the whole person as an integrated unit. That stereotypical “leadership personality” – uncompromising, unapologetic and pay cheque-driven – is not necessarily a good or natural fit for leadership itself.

“It’s not just about individual skills and competencies, it’s more about the value base, and how we know we’re leading for a good reason and why we’re doing what we’re doing,” she says.

“Often the people who are doing good are the ones who are behind the scenes; there’s a lot of servant leadership going on. That’s part of the bigger picture and the bigger problem.”

There’s nothing wrong with Elon Musk, she says – he’s very successful. But he’s just one type of leader. “And it doesn’t mean that everyone should lead like that.” 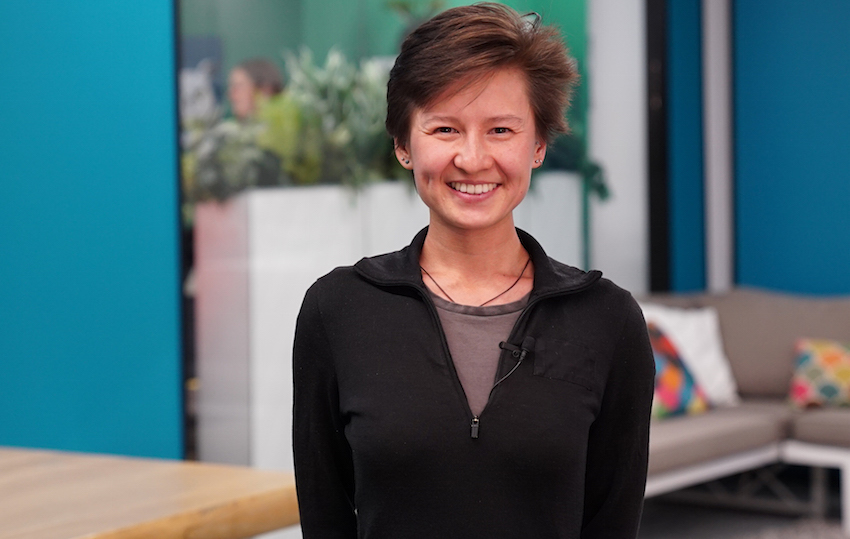 Rebecca Gaelic: “If we don’t look at things in a different way, if we don’t challenge, then you don’t get change.” (Photo: supplied)

While ‘leadership’ means different things to different people, there are a few fundamentals that most of us can agree on, says Komene. It all starts with honesty and sincerity, or pono.

“That’s someone that is really directed by leading with good intentions,” says Komene. “Someone that is true to their word and actually does what they say they’re going to do.”

Real leaders acknowledge others before self, they are humble and they are wise, says Komene.

And while they might not always be the ones that have run a successful company, or made a million dollars, they’ve got a wealth of experience that’s worth drawing from. These types of leaders are all around us, Komene insists, and now it’s time to uncover them, and that’s what the Leading Change for Good course is doing.

“We’re just asking people to step back and think about what their impact is on others,” Samvelyan says. “As they go forward in life, ask ‘what is good?’ For whom is it good?”

“When you start challenging people, it can create an uncomfortable space. So our job is to really facilitate that space where these students can be ‘comfortable being uncomfortable’,” she says.

“And that’s how we progress.”

This content was created in paid partnership with The Mind Lab.