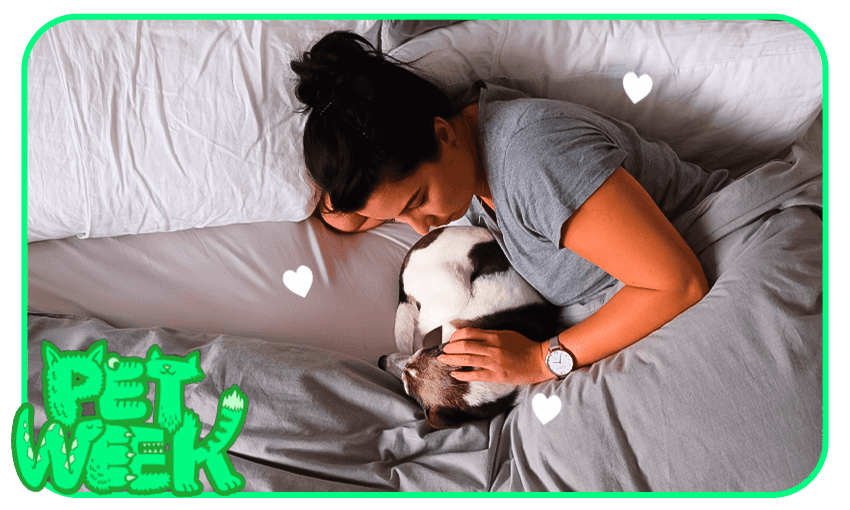 Dear Stella: To the dog who changed my life

On one of life’s special dogs, and making the impossible decision to say goodbye.

It’s been nearly four years since I last heard the tippity-tap of your toenails on the floorboards. A friend used to say it was like you were trotting around in little high heels. That’s exactly what it was like, Stella in her heels.

Like so many things in my life, you were the result of a whim. It was my birthday and I decided I wanted a dog, and I wanted one now. This was the bad old days, when you could walk into a pet shop, hand over some cash and walk out with a live animal – no questions asked. I know I should’ve been more thoughtful about your history and what sort of practices I might be supporting by taking you home that day, but it’s hard to regret such irresponsibility when it resulted in one of the most fulfilling relationships I’ll ever know.

My heart broke in a way I never knew possible when we said our final goodbyes in May 2018. Taking you to our park, me knowing it would be your last visit and you being blissfully unaware, I was riddled with guilt and sadness. I plonked you down on the grass and remember you looking at me, wondering why I’d brought you there when you didn’t even like to walk from one end of the house to the other anymore.

It was a sunny autumn morning, crisp and clear. We had the park to ourselves and the bustle of the world was a distant hum. This memory is etched in my brain. The thought of sitting in that deserted reserve, staring at you while you stood there confused, still leaves me in ribbons. You must have known something was up.

Of course you did. You always knew when something was up. Whenever tears were threatening to fall you’d find your way to me, seemingly from nowhere. You’d curl up with your head on my lap as I wept through big stuff: the death of loved ones, break ups, a miscarriage. You were also there through the little stuff: a bad day at work, a sad movie, a disagreement with a friend.

More than once your love and loyalty were put to the test as I zombied my way through severe clinical depression which gave way to generalised anxiety. On days when I couldn’t face the world, and there were many, you were right there not facing it with me.

You saw me through the transition from my reckless mid-twenties to my sensible late-thirties, both of us getting a little rounder and greyer along the way. You weren’t just my therapy dog when times were tough, we also had loads of fun together – you were my date at parties, you joined me on set at my telly job, we roughhoused at the dog park and snuggled up on the couch to watch trashy TV.

You were in tune with me in a way no human has ever been. Like me, you were an anxious wee thing. Loud noises, fireworks and rides in the car were at the top of your shitlist, with a variety of mild annoyances peppered below. The arrival of three boisterous kids proved a challenge – to us both – but despite the chaos you grew to love them, because that was just your way.

It was pure luck I had you in my life as long as I did. When you were a pup you were diagnosed with a heart condition I was told could either take you out at any moment or not affect your life at all. It wasn’t your heart that got you in the end, it was me. Your life ended because I decided it was time for you to rest.

I want you to know how impossibly hard it was to make the decision to have you put down. You’d been sick for a while with renal failure and pesky cancers that we’d have cut out, only for them to return. You were having accidents inside, which you were terribly embarrassed about, and based on your posture the vet was confident you were in pain.

They told me there were ways to ease your suffering and they talked me through the various treatments that could make you more comfortable for the next however long you had left. They said it could be weeks. It could be months. What I wanted was forever.

I asked the vet what I should do. They said it wasn’t a decision they could make for me and that yes you were in pain, yes they could help ease that pain, but no, your quality of life wouldn’t be very good.

Second guessing everything became my full time job in your final weeks. You still wagged your tail when you saw me and you still had an appetite; I always thought those were the signs of a happy healthy dog. How could the vet know for sure that you were in pain? What if they had it wrong and you were simply an old lady dog who liked to sleep a lot these days?

At some point I realised that hedging my bets was more selfish than letting you go, so I rang the vet to let them know it was time. There was no reminder about treatment options or suggestion I give it more thought. Down the phone line, in the space between the gentle words and clicks of details being entered into the computer, I could hear the unspoken reassurance that I was doing the right thing by you.

You would shake in fear whenever I took you to the vet clinic, so I asked if you could be put down at home. They said they would come the next day and when I hung up the phone I was overwhelmed with the enormity of it all. That’s when we went for that final trip to the park.

We were lying together on the carpet in the sun when they arrived. Curled up in your bed, you barely acknowledged the strangers in scrubs moving quietly around you.

I wasn’t ready and I never would be, but I nodded through tears anyway. I wrapped myself around you as the medication was administered into your bony little leg. They tell you it will be quick, but I really had no concept of just how quick. In the brief seconds between the needle going in and the life draining out of your body, I wept into your ear: “I’m sorry, I love you.”

And then you were gone.

In the days and weeks that followed I could hear the phantom clicks of your toenails on the floor. When I opened the front door I braced for the excited welcome that never came. I called the kids by your name and made sure gates were shut so you couldn’t get out. You were so intrinsically woven into the fabric of my world, it took a long time to get used to life without you.

Years later I still think about you all the time. On good days I am grateful for the time we had together. On hard days, the sound of your absence is deafening.

I hope you know how much you were loved, little pup. I treasure every memory of our rollercoaster ride together. The pain of losing you was worth it for the joy of life with you; my best friend, my constant, my one true love.

I miss you Stella, forever my sunshine.