Fast-rising minister Kiri Allan will be taking medical leave after a diagnosis of cervical cancer.

Minister Kiri Allan says her cervical cancer diagnosis is an opportunity to remind women to get regular smear tests, to catch potential illness in time to treat it.

The emergency management and conservation minister was told last week that she had stage three cervical cancer, and said she is now in the “fight of my life”.

In a statement posted on social media, Allan described herself as “one of those gals that hates anything to do with ‘down there’. And have taken a ‘see no evil, hear no evil’ type approach to that part of my body.”

“Last year, during the campaign I noticed I was getting a lot of pain in my back, stomach and legs. I put it down to lots of driving, working long hours and the general stress of campaigns etc – so, I got my partner to give me a few mirimiri and forgot about it,” she said.

However, the pain continued. “I realised I was finding it hard to sit for a lengthy period of time. Always in a bit of pain. I started running to try and move the lower back area a little bit. Nothing seemed to take the pain away. In late January I started menstruating and it didn’t stop.”

Allan said that there had been plenty of opportunities to see a doctor, but with life and work so busy she delayed for several more weeks.

“I’ve told a few folks by now, and often the question is, “is there anything I can do?”. My answer now is yes. Please, please, please – encourage your sisters, your mothers, your daughters, your friends – please #SmearYourMea – it may save your life – and we need you right here,” wrote Allan.

Allan is 37, and has one child – a daughter called Hiwaiterangi – who has been a frequent visitor to parliament.

Stage three cancer means that the tumour or cancerous cells have spread beyond their initial location, though it is not as severe a diagnosis as stage four, which is when the cancer has spread deeply into other organs.

PM Jacinda Ardern announced today Allan will be taking medical leave, and wished her well for her treatment and recovery. 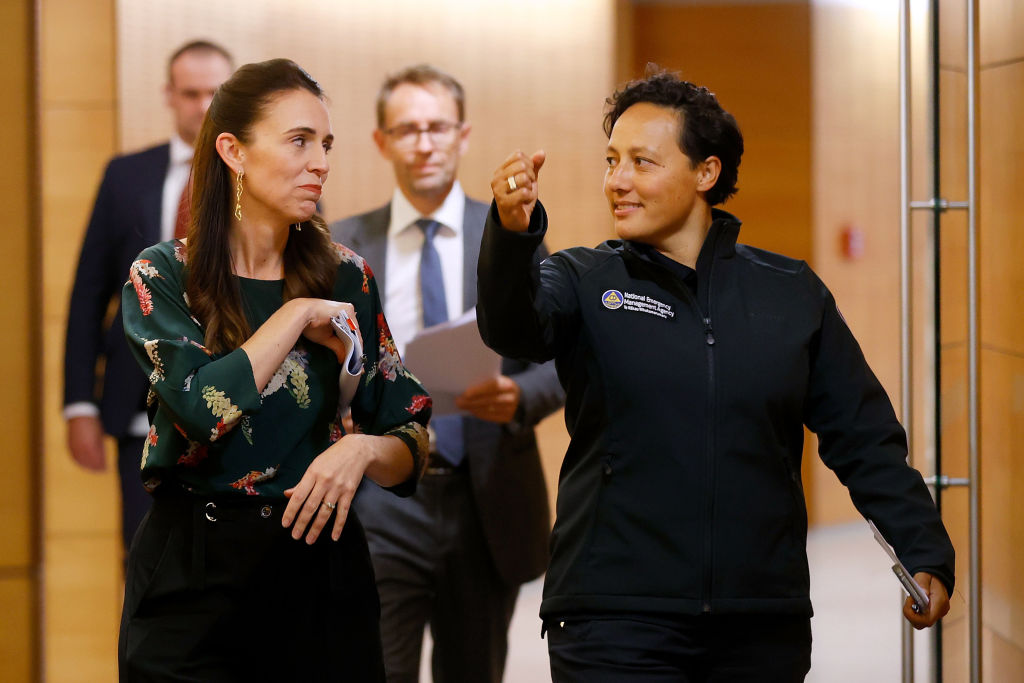 Allan’s portfolios will be picked up by Kris Faafoi in emergency management, Ayesha Verrall in conservation and Peeni Henare as the associate minister for arts and culture.

“I consider Kiri not just a colleague, but a friend. This news has been devastating. But I also know that Kiri is a person of determination, and as we’ve talked over the past few days I can hear how focused she is on her treatment, and ultimately her return,” said PM Ardern.

Ardern stressed that Allan’s jobs would be held open for her. “I look forward to welcoming Kiri back on the team and into Cabinet upon her return.”

Allan was first elected to parliament in 2017, as a list MP. She won the seat of East Coast in the 2020 election, and said colleagues Meka Whaitiri and Tamati Coffey would be helping out with electorate responsibilities while she is on leave.

On becoming a minister, she was almost immediately thrust into the spotlight, earning plaudits for her calm handling of a potential tsunami threat after a major offshore earthquake in March, as well as flooding in Napier at the end of last year.

Opposition leader Judith Collins responded to Allan’s statement this morning on Twitter, saying “I’m so sorry to read that Kiri. It is very brave of you to let everyone share in this with you and your whanau. Best wishes.”