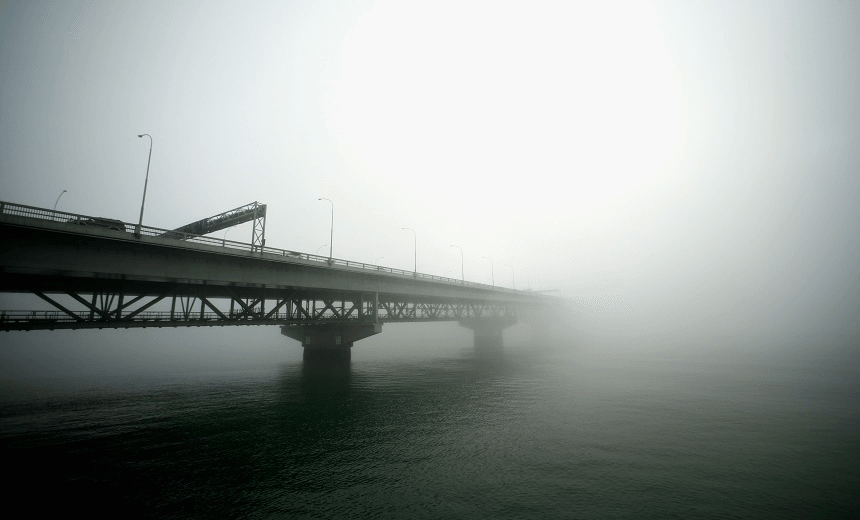 Last time Generation Zero called for a rail link across the Waitemata, Transport Minister Simon Bridges told them off for not trusting in still non-existent autonomous buses. Soon after, the group commissioned a poll to test whether their old-fashioned rail theory had legs. Ryan Mearns reports on the results.

Besides combating an increasingly terrifying housing crisis, deciding the future of transport is perhaps the biggest issue facing Government in Auckland. It has buckled to reality on the City Rail Link. Now it’s looking at the different options available for establishing a second Auckland Waitemata Harbour Crossing.

So far, its efforts haven’t been promising. NZTA came under criticism in May for indicating that it may designate a road-only option. We issued a call for rail to be included. In response, Transport Minister Simon Bridges scalded us for putting our faith in old technology rather than possible future autonomous buses.

At Generation Zero, we decided to look into this to understand what level of public support there is for a road-only crossing, and how that option matches up with the public’s expectation for the new harbour crossing.

We commissioned UMR research to look at three options: a rail only crossing costing approximately $3.5 billion, a road-only crossing at about $5 billion and a road and rail crossing at around $7 billion. The three options represent the simplest versions of what could be built. Although there’s no business case for any of the options, we felt it important to acknowledge the financial trade-off of the projects, which is why we made rough estimates based on similar projects.

In the poll of 500 Aucklanders, we found extremely low support for a road-only crossing, with more opponents than supporters; 22% support, 37% neutral and 41% oppose.

The option with the next highest support was for a rail only crossing; 42% support, 29% neutral and 29% oppose.

The results indicate that if there is $7 billion in the transport budget over the next 30 years, which I doubt, then the public would overwhelmingly support an option that was both road and rail. When we dug a little deeper we found some interesting insights though.

Conventional wisdom among political pundits has been that a new road-only crossing to the Shore is a vote winner, but with only  22% support across Auckland, and 17% on the North Shore, that should be questioned.

Looking closer at the rail-only crossing, the area of Auckland that most needs to be convinced is South Auckland, with only 26% support. The rest of Auckland averaged 46.5% support for rail to the Shore. If rail to the Shore could be thought of as more rail from Albany to the Airport with light rail down the Northern Busway, under the harbour, through the CBD, down Dominion Road and to the Airport, we might see more support from South Auckland residents.

The difference in age also shows quite a stark difference in support with under 44 year olds supporting a rail crossing over 50%, compared with a low 30% support for those over 44.

With such low support for a road-only crossing, the Minister should be ruling it out as an option.

In addition to the lack of public support, and the billions of dollars it will cost taxpayers, the recent ATAP report shows a second crossing providing little congestion benefits by 2046.

Rather than attempting to remove congestion, Auckland needs high quality congestion-free options so that people can opt-out of being stuck in their cars. North Shore residents can currently do this by using the Northern Busway, which has been extremely successful.

The problem remains though that because there is no dedicated busway on the Harbour Bridge. Buses are still getting stuck in rush hour traffic. A rail crossing, with light rail going all the way to Albany, would provide North Shore residents a completely congestion-free transport option into the city.

The public really don’t want a new road-only Auckland harbour crossing and the Minister of Transport should be taking this strongly into consideration by directing the Ministry of Transport and NZTA to work quickly with Auckland Transport to progress a road and rail crossing, and look at a rail only crossing.

After the City Rail Link is built the next major area of development is the North Shore, and they need a rail connection into the city.

These results are based on the Auckland online omnibus survey, conducted from 31st May to 24th June 2016 by UMR research with the sample size of 500, with the margin for error for a 50% figure at the 95% confidence level being ± 4.4%.