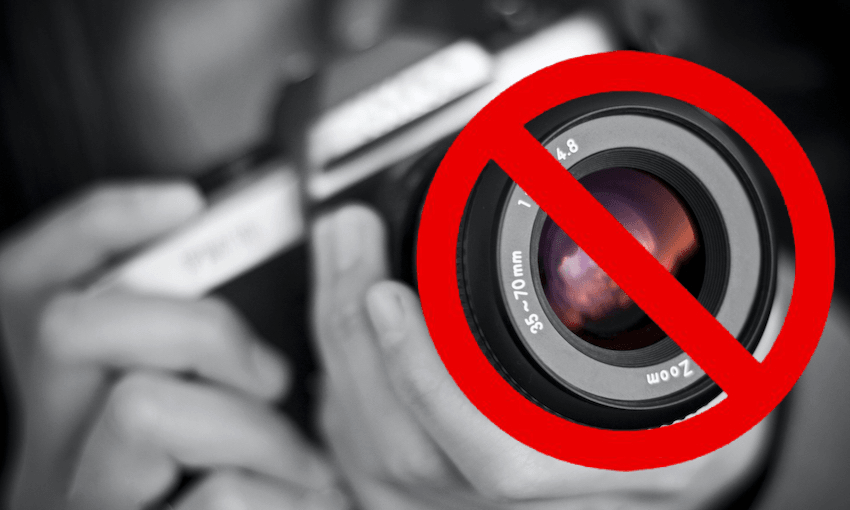 Emily Writes: I agree with Judith Collins, photography is too woke

On Newstalk ZB’s Leader’s Breakfast yesterday, famous Christian Judith Collins was asked about NCEA and secondary education. She said, “There are too many photography classes, too much media studies, too much woke stuff”. Obviously this got all the Leftie liberal woke leftists worked up but was it a fair comment?

Currently school is just 28 hours a day of photography and media studies every day. They don’t sing the national anthem anymore and they certainly don’t know that in the second rugby test against France in 1986 at the bottom of the ruck with 20 minutes to go Buck Shelford had his scrotum ripped open exposing his testicles.

“There are not jobs in those areas,” Collins said, and she is not wrong. You could argue that media studies encourages and teaches young people to engage critically in the world around them which is crucial in this post-truth, fake news era we live in. But you’d be wrong.

Cameras have always been woke. Which makes photography woke as well. Do you require evidence? How about the fact that you have to keep your eyes open when you take a photo? How much more woke can you get?

It’s unsurprising science is getting its moment in the sun given the deep, deep respect politicians in opposition have given scientists around the Covid-19 response. The other TEM? Very good and patriotic. Technology is very New Zealandish. Engineering? Well, number eight wire. Maths, sure. These topics are rugged. Sexy. If they were men they’d be drinking Speights. They’d be working men. Pulling up their sleeves, driving utes, playing rugby, being casually racist, watching Seven Days and eating fish and chips. Ultra Fast Broadband. Proud. Blue. Praying in a church before voting the way your dad always did.

Kathy Ryan, director of photography for the New York Times Magazine, once (actually) said: “We need photographers. They are the ones who sort all the chaos of the world into images that bring clarity to the free-for-all of life. They are the witnesses and artists who can distill the mayhem and beauty that surrounds us. They call our attention to the things we miss in our everyday lives and they call our attention to events and people at a great distance from our own patch of the universe. When they direct our eyes and hearts with precision and honesty, we know what we know differently and better. Photographers teach us to look again, look harder. Look through their eyes.”

Which sounds like fake news to me. But then I didn’t do media studies so what would I know?

In the same interview Collins said about Chlöe Swarbrick (who let’s face it is probably a photographer) “I see in her, myself at that age – where I thought I knew all the answers, and I actually didn’t know anything.”

Is it possible that woke subjects might have been useful to Judith Collins so she could know “something” at 26? Unlikely. Having a black and white view of what is useful to young people works far better than having some namby pamby holistic view that considers the need for a varied understanding of the changing world around them. If you think we need STEM so we can better understand and adapt to an ever-shifting economic climate while also needing media studies and photography to help us to critically think about what we are observing around us, well, I don’t mean to be rude but you’re a commie.

There is no room for both STEM and the arts. They must fight to the death. There can only be one winner. And that winner needs to be: Ultra Fast Broadband.