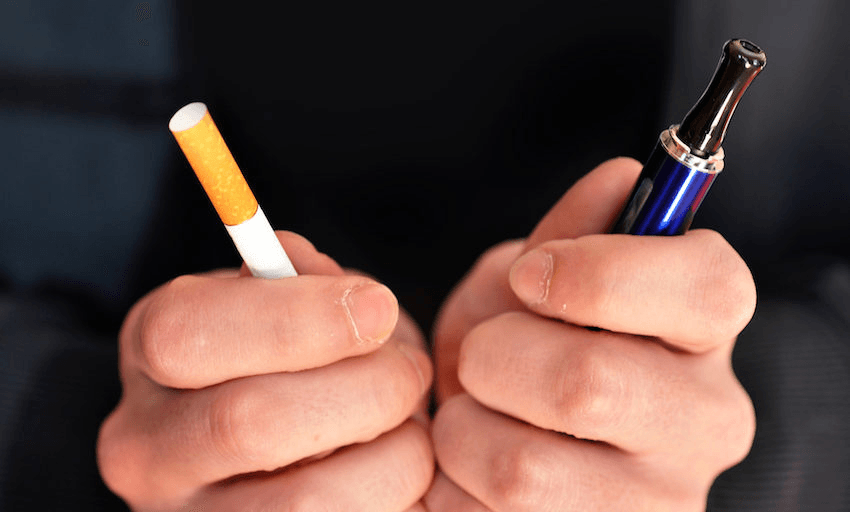 Over-regulating e-cigarettes hurts those who need them most

By Jenesa Jeram
Guest writer
Made possible by

E-cigarette regulations are on the horizon to deal with the vaping Wild West, an industry landscape with no legislation or enforcement.

For a long time, the lack of regulation didn’t really matter. The vaping industry has managed to get along quite peacefully, winning goodwill from public health and generally acting responsibly through self-regulation.

But lately, media headlines have been dominated by some “bad guys” who have entered the vaping scene: Big Tobacco. And they’ve brought their big guns of money, scope, and experience. They also have a reputation for doing bad things that threaten public health.

And so convenient battle lines have been drawn between the “good guys” in public health versus the “bad guys” in Big Tobacco.

The good guys almost unanimously support the use of vaping as a useful tool to help people quit smoking, but want regulations to keep the bad guys at bay and deal with possible risks that might arise from vaping. The bad guys claim that they also want people to quit smoking, and support vaping and the use of other risk-reduced products as a way of helping people get there.

And as for the homegrown vaping industry? They hate the bad guys too, but wouldn’t necessarily support all the regulations that the good guys want.

It can get confusing. The good guys and bad guys seem to want a lot of the same things.

Last year I authored a report with The New Zealand Initiative on the evidence behind e-cigarettes and other nicotine-containing products and how to regulate vaping. It argued that smokers need access to a diverse range of products to help them quit, including e-cigarettes and other risk-reduced products – some of which are produced by tobacco companies.

For those who don’t know, the New Zealand Initiative is a public policy think tank and business membership organisation with over 70 members from a range of industries. Three of those members happen to be tobacco companies. For some in public health, the Big Tobacco link may as well have been emblazoned in neon lights.

I guess some people would say that made me one of the bad guys.

Well, I’m no longer with The New Zealand Initiative. I can say what I want. And what I want to say is that I wish more people had heeded the report’s warning: over-regulation hurts the little guy more than it hurts big companies.

Some regulations are good and necessary. Regulations to ensure product safety, accurate labelling, responsible advertising, and monitoring uptake by young people can do good. However, over-regulation could have a stifling effect on the currently diverse vaping industry.

Recent media interviews with associate health minister Jenny Salesa suggest that new regulations may include a ban on advertising, vaping products would be “removed from shop shelves”, and maximum nicotine strengths will be set. It is hard to say how much the threat of Big Tobacco contributed to these regulations, or how much their current media prominence has made them a convenient scapegoat. Other boogeymen that may have justified heavier regulation – such as high youth vaping rates – remain unproven in official statistics.

The threat of total radio silence certainly explains why you might have seen e-cigarette companies ramp up their advertising over the last few weeks. Once regulations are in place, it will become much more difficult to attract new customers or inform customers about new products.

For consumers, this is bad. A recent study provides some of the first causal evidence that e-cigarette advertising on television encourages adult smokers to quit. Advertising is also an important means of informing consumers of new products and changes to those products.

Though such regulations might have good public health intentions, the market implications have not been thought through.

Advertising facilitates competition in the market, where companies can compete on price, improvements and innovation, or reputation (as a signal for quality). Without a means of communicating their superiority over their competitors, the incentives to improve on each of those three things is reduced.

A lack of competition means only a few big players control the market – and tobacco companies are well poised to rule that monopoly.

You don’t have to have a moral position against tobacco companies to be concerned about this. The point is that, more often than not, monopolies hurt consumers.

Tobacco companies, as the incumbent, have the business models and resources to have a good crack at the e-cigarette market. Bigger companies are better able to absorb the regulatory and compliance costs. Your homegrown start-ups face more financial risks and barriers when entering the market. Heavy restrictions on marketing are one such barrier, making it more difficult for new players to communicate to customers.

But the worst-case scenario is that over-regulation undermines the entire e-cigarette industry, making it harder for smokers to switch to e-cigarettes. Making vaping less effective for users, by limiting nicotine strengths or e-liquid flavours, certainly risks achieving that. Again, Big Tobacco wins as people would simply continue to smoke.

So should tobacco companies have any place in the e-cigarette market?

It really isn’t for me to decide. In fact, the only voices that should really matter are the voices of e-cigarette and risk-reduced product users themselves.

There are bound to be some vapers who baulk at the idea of continuing to hand over their money to tobacco companies after quitting smoking. Some New Zealand vaping companies are already being proactive about this – proudly distancing themselves from Big Tobacco, and they’re doing so without government intervention.

But there will also be some consumers who may prefer the tobacco company e-cigarette or risk-reduced products, and their preferences should be respected too. My report called for a diverse and competitive market, recognising that different products will work for different consumers. As long as the products are helping smokers cut down or quit smoking, it is hard to see the bad in that.

In this final Wild West shoot-out, regulations to hammer the bad guys or keep out boogeymen are likely to have collateral damage. And it will be Big Tobacco who end up on top if smaller e-cigarette companies are decimated.