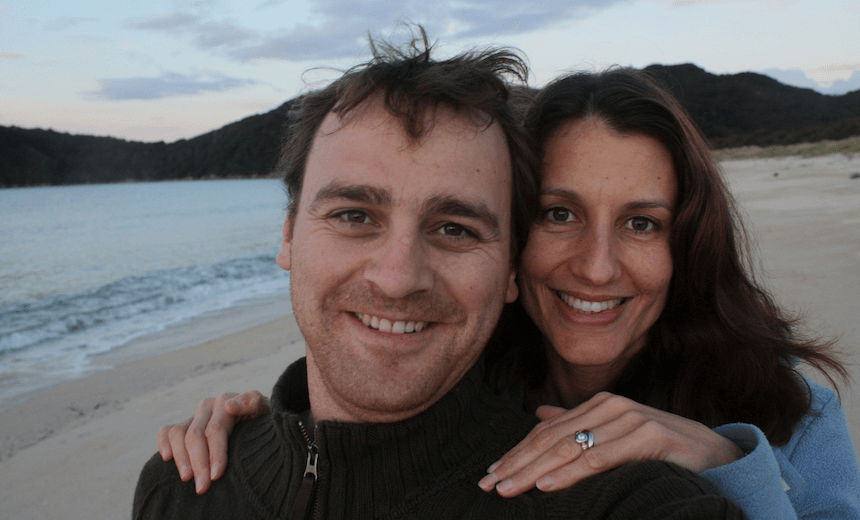 My wife Lecretia Seales battled to die with dignity. This assisted dying bill is what she fought for

I can imagine Bob McCoskrie’s eyebrows twitching in fury at the news that David Seymour’s End of Life Choice Bill was drawn out of the parliamentary ballot on Thursday. This bill has been a long time coming. When Peter Brown’s Death with Dignity Bill was presented to parliament in 2003, it was voted down 60-57 at first reading. Public opinion over the past 14 years has only increased in favour of assisted dying legislation, and with a mounting pile of evidence of the relative safety of end of life practices in countries that permit it, it’s reasonable to expect the David’s bill stands a good chance of making its way to select committee.

When Seales v Attorney General came before the courts in 2015, the evidence was clear cut. There was no evidence of abuse of assisted dying laws in countries that had it. Despite all of the conjecture from opponents that these laws were harmful or led to a slippery slope, the trial judge in the Supreme Court of British Columbia found scant evidence to support those claims were true. When the case moved to the Canadian Supreme Court, a bench of nine supreme court judges upheld that ruling, given that no other reliable evidence had appeared to undermine that decision. As a result of that case, assisted dying became legal in Canada, and has been working without issue since June last year. Less than 0.5% of all deaths in Canada in the last twelve months were assisted.

Nevertheless, I take opponents’ concerns very seriously. Last year, I visited Dignitas in Switzerland and DMD Colombia, meeting with those that worked in the sphere of assisted dying, to understand how these laws work in practice. What struck me was how high the barriers are to accessing an assisted death. It is far from death on demand, but rather a rigorous and challenging process that requires a person to be extraordinarily determined in order to gain access to assistance. In fact, the evidence shows that individuals who access these laws are almost uniformly independently-minded, resolute, and driven, which were all characteristics that my late wife possessed. As a doctor in Oregon said, “It doesn’t need to be easy, it just needs to be possible.”

In Lecretia’s case, and possibly as a result of the findings of the Canadian Supreme Court, the Crown did not bother to try and present assisted dying as dangerous, and instead focussed on the sufficiency of palliative care and their reading of the meaning and intent of New Zealand’s current laws. In his ruling, Justice Collins upheld the assertion by Lecretia that palliative care cannot alleviate all forms of suffering in all cases. That ruling confirmed that such suffering was real, and that Lecretia’s desire to have a choice about how she died was a reasonable and rational response to her circumstances. Although he felt he couldn’t rule in Lecretia’s favour, his ruling supported the role of parliament in reviewing this law.

Seymour’s bill introduces safeguards that are in fact more stringent than those found in any other jurisdiction in the world, with its system of review and oversight. It does go further than Oregon in its scope, allowing not only those with a terminal illness to access assisted dying, but also those with a grievous and irremediable medical condition, such as motor neuron disease, spinal stenosis, or Huntington’s disease. It is often sufferers of these diseases who take legal action around assisted dying – such as Kay Carter in Canada and Noel Conway in the United Kingdom. Wellington-based filmmaker Wendell Cooke’s extraordinary mini-documentary Gina illustrates the plight of individuals in this situation.

Some Members of Parliament have taken issue with the fact that David’s bill is not restricted to the terminally ill, but the parliamentary process allows for those concerns to be addressed. MPs who are concerned should vote for the bill at first reading, and let the parameters and scope of the bill be explored in select committee, and the evidence and arguments supporting a given scope assessed. When the bill comes back to the house a second time, MPs will have a chance to reflect on the scope of the bill once more, with select committee analysis in support of a given drafting. It’s my hope that the Greens, whose party policy is to support assisted dying for the terminally ill, will take this approach.

I’d also encourage MPs to read my book, Lecretia’s Choice, which sets out the arguments for and against assisted dying within the context of Lecretia’s case. Often, it is personal experiences that form one’s views on assisted dying, and a large amount of support for assisted dying comes from those who have seen a loved one suffer needlessly before death. Lecretia’s story provides one example of many such cases where access to assisted dying can provide comfort and control to individuals in their final days. If MPs take the time to put themselves in her shoes, it’s my hope that their consciences will see their way to making assisted dying legal in New Zealand. A law change will not result in more people dying – we all die at some point, after all – but in fewer people needlessly suffering. As a compassionate society that cares for its citizens, that is only decent and fair.