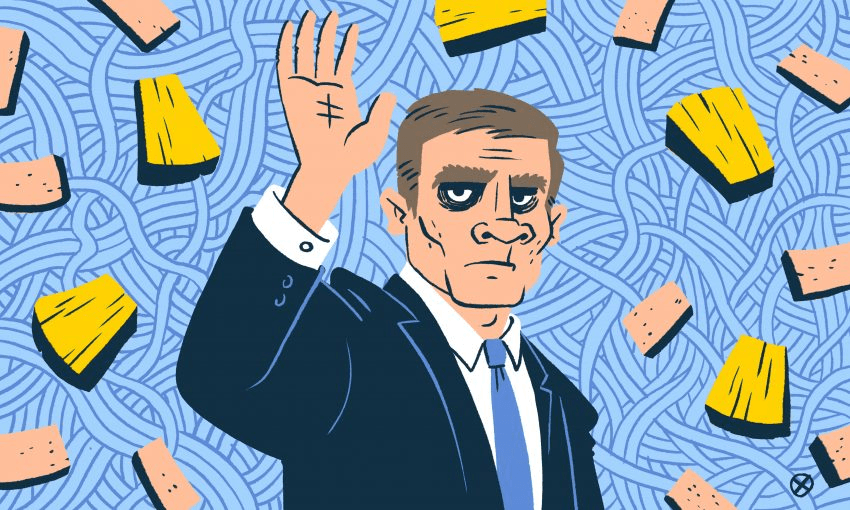 As finance minister, his decisions were crucial to our quick recovery. In choosing his replacement as National Party leader, the question is whether to try to emulate Jacinda Ardern or reach for something very different, writes former National cabinet minister Wayne Mapp.

What is Bill English’s political legacy? More than anything, it will undoubtedly be his tenure as minister of finance from 2008 to 2016. The National government took office in the middle of the largest financial shock for over 50 years. New Zealanders of a certain age tend to have bad memories of 1987, but that had a much smaller international impact than the global financial crisis. Throughout 2008 and 2009 central banks were struggling to prop up the financial system. Many economists were forecasting further doom.

As the new minister of finance, Bill English had to complete an instant financial stocktake. Three things were evident. First, New Zealand had low government debt, in large measure due to Michael Cullen having run continuous surpluses. Second, Labour’s commitments from the 2008 budget were completely unaffordable; even National’s more modest election commitments had to be wound back. Third, it was essential to maintain social and economic stability. That meant borrowing for the basics, but not for the frills. It would ultimately be tens of billions of dollars.

Bill presented these facts to Cabinet over a period of weeks in late 2008. He had the ability to cut through the financial jargon and present the whole picture clearly and without partisan political embellishment. These clear-sighted presentations, and what they meant for the country and National’s election commitments, cemented his reputation among his colleagues as the brains of the government. We had great faith in the coherency and accuracy of the presentations. As 2009 unfolded, it was clear that we could rely on Bill’s economic analysis and his forecasts. We knew what we could do, but also what we could not.

Cabinet was willing to borrow heavily to protect New Zealand’s social fabric at a time when it easily could have come under immense pressure. We did so because we could trust Bill’s economic analysis, as well as John Key’s intuition on market behaviour.

The combination of sound economic forecasting, tax and regulation cut-backs, and John’s understanding of financial markets meant that New Zealand came out of the recession faster than most other developed nations. This had not normally been the case. Typically, New Zealand had been a laggard in recovering from a recession. The fact that we weren’t this time is largely due to the skilled economic leadership that Bill showed at this time.

It is easy to now think that anyone could have done this. That Bill English was no better than anyone else would have been. But in reality, the choices people make do matter. If New Zealand had borrowed, regulated and taxed to the extent of the Europeans, we would still be struggling to recover from the GFC. This is a test the current government is likely to face in coming years.

Bill’s time as leader and prime minister in the last year largely put to bed the bad memories of 2002. With an election result of 44% of the vote, 7% ahead of Labour, Bill might have expected to be able to continue as prime minister. That Winston Peters, despite his antipathy toward National, would realise that there was a lot at risk if he changed the government. That was not to be. Winston had too many bitter memories from 2008 and the Privileges Committee hearing leading to his departure from parliament for him to choose National.

A change of government will always cause leaders to take stock. Is it credible or plausible to hold on with the promise of winning at the next election?

Beating a new government in just three years is a big ask. It does happen, as in 1960 and in 1975, when National defeated Labour in both cases. But it typically requires the government to be an obvious and spectacular failure. Bill has presumably judged that the prospect of winning in 2020 is not certain enough to warrant staying. A 50/50 shot would not be enough of an enticement.

What of the future for National? Within two weeks, the National caucus has to choose a new leader. Already the pundits are speculating on the choices. Does National have the best chance by emulating Labour with youth adjacent leadership, or is an opposite choice a better option?

Because there is no obvious successor to Bill, this will be a hard choice for the caucus. National is only 2% or 3% away from being back in government. But retaining existing support as well as building new support will be an immense challenge for the new leadership. As with all contests, it will require both luck and skill.

Bill English had immense amounts of the latter, but he did not always have the former. It will be in the role of minister of finance, where it was his skills that came to the fore that he will be best remembered. The nation owes him that.