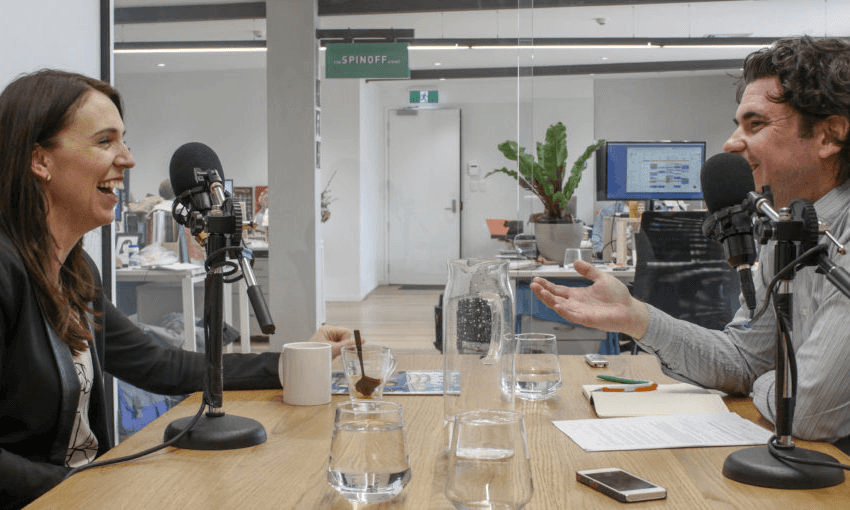 In this special edition of our politics podcast, Spinoff editor Toby Manhire talks to the prime minister about her first year in the job.

Last week Jacinda Ardern swung by Spinoff HQ to reflect on the first year in office and, among other things, the overarching philosophy of the government, climate change, whether they should be spending more while the sun shines, moral leadership under Trump, whether saying “Labour-led government” will cause a Winstonian apocalypse and a bunch more. You can read the written version by clicking here, or just listen to the thing below.

Stream the podcast using the player below; subscribe via iTunes and Spotify or here on Stitcher (RSS feed).