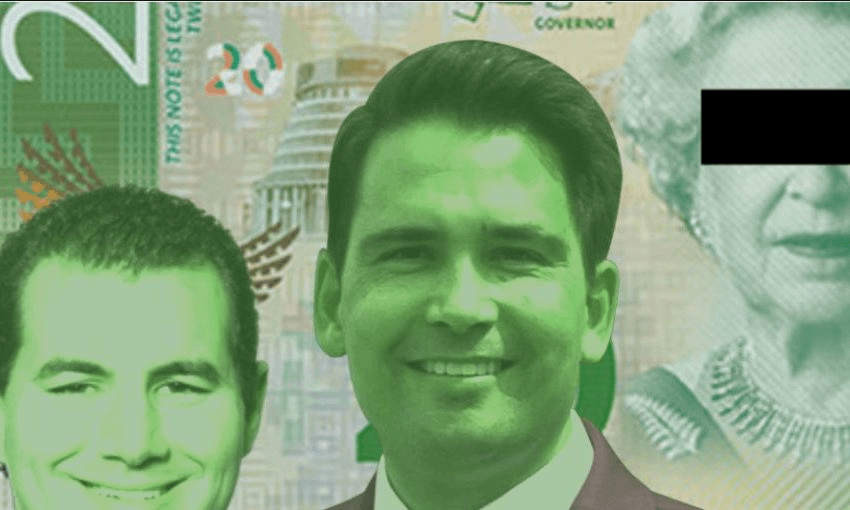 Whatever the truth of the rebel MP’s claims about Simon Bridges, it shines a light on electoral finance laws that are not fit for purpose, argues Leroy Beckett

For the past 48 hours our political headlines have been drenched in scandal.

A high ranking member of parliament admitted to electoral finance fraud, and claims it was at the instruction of his party leader.

Jami-Lee Ross alleges that Simon Bridges ordered Ross to break up a $100,000 party donation into smaller amounts to hide the identity of the donor. Under our current laws, donations under $15,000 can be made anonymously.

Bridge unequivocally denies Ross’s claims – and the secret recording the rebel MP posted yesterday was certainly no smoking gun on electoral fraud. But let’s focus on a part of it all that really matters: why in theory such a thing is possible at all.

The current rules around campaign finance are allowing wealthy individuals and mega-corporations to make anonymous donations to hide motives and influences.

Our democracy should be transparent and open. We have a right to know who is bankrolling our elected representatives, and whom they are listening to.

Unlike most other countries around the world, in New Zealand there are no limits on the amount anyone can give to a political party. And it’s only if your donation is over $15,000 that you even have to be named.

That has led to a lot of shifty accounting. Four out of every five dollars donated to big parties is in secret. That is tens of millions of dollars in anonymous donations funding our politics.

Max Rashbrooke, who has written extensively about this, explains why that’s a problem:

“If certain people are more able than others to give to parties, as is the case in a New Zealand where inequality of income is much greater than it was 30 years ago, then it is highly likely they will have more influence over politics than others, which goes fundamentally against the idea of a democratic society where everyone has an equal voice.”

It’s not only an issue for National. Last year, Labour were criticised for using an art auction to keep $60,000 in donations anonymous, and NZ First allow all of their donors to remain secret.

Transparency International has also pointed to our political funding as an area of concern for New Zealand.

There are three ‘quick fixes’ that would address the worst abuses of our electoral funding system until we can work out a more long term solution.

Introducing those changes would have an immediate impact on the transparency of our political system, allowing much greater scrutiny of who has the ability to influence the politicians elected to represent us.

Why not just make all donations public? There are good reasons some people can’t make their political beliefs public, like family pressure or sensitive employers. But when anonymity is used to hide motives and influence bought through major donations, it becomes a problem. A $1,500 threshold would be a balance.

There should be a complete rethink of the way our politics is funded to make sure it’s fitting of the society we want, and there are some exciting ideas of how that would look. But these quick fixes are a first step towards a fairer system.

Leroy Beckett is working on a campaign for ActionStation seeking to change donation rules. If you agree you can add you name to ActionStation’s petition here