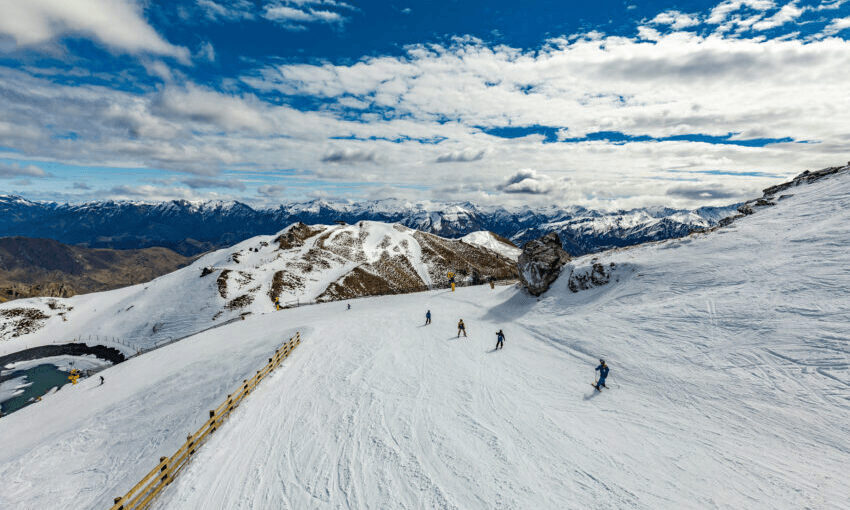 ‘It can’t go back to how it was’: Nash signals new shape for post Covid-19 tourism

The government and tourism operators agree that change is needed, but they don’t agree on a solution. While the tourism minister is mulling smaller crowds, operators want more infrastructure to support visitors, Justin Giovannetti reports.

Tourism minister Stuart Nash headed to Queenstown with a little hope and a clear warning: though a travel bubble with Australia may be imminent, the industry needs to change quickly.

Speaking in a region that has seen one of its key industries teeter towards collapse over the past year following the Covid-19-forced closure of the country’s borders, Nash said that tourism had already been losing its social licence amid a surge of international visitors that was grinding down the country’s cities and picturesque nature.

“It can’t go back to how it was,” said Nash at a tourism conference.

“I believe that in a number of places, the industry was beginning to erode its social licence to operate, and therefore losing the community’s support for continued growth of the sort we were seeing.”

The minister added that some of the country’s natural beauty wasn’t really fitting the “100% pure” promise in recent years.

Nash’s speech joins a growing number of recent calls for an overhaul of the country’s tourism model, most recently in February when environment commissioner Simon Upton called for an end to mass tourism. In his report, Upton warned of the environmental and social damage being done to the country before Covid-19 hit.

The tourism industry is dealing with two issues simultaneously. One is urgent and immediate as businesses face bankruptcy. The second issue is a longer-term rebuild of the industry for a post-Covid world.

Nash promised the crowd that cabinet will be looking at a final proposal for a trans-Tasman bubble on Monday. A sudden influx of Australians could save a number of tour operators.

That was welcome news to the industry. “Three weeks ago it looked like a bubble was off the table, we’re just pleased its now back and things are moving at quite some speed,” said Chris Roberts, the chief executive of Tourism Industry Aotearoa. “This week we’re very optimistic but we’ve been here before and we’ve been disappointed before.”

Following a programme of emergency assistance last year, Nash teased some policy changes and assistance could allow companies to freeze their operations until visitors return. He ruled out a regional wage subsidy for businesses hoping for another big cash infusion.

Since taking the tourism portfolio after the last election, Nash has stressed that the country should look to attract “a better class of tourist…who flies business class or premium economy and hires a helicopter.” His language on Friday was more constrained, he only hinted strongly and frequently at smaller crowds, never quite calling for a hard pivot towards the wealthy.

According to the minister, a 2019 survey found that 78% of Queenstown residents thought there was too much pressure from international visitors. Tourists were causing traffic congestion, high rents, road accidents and staff shortages, he said.

That wasn’t news to the industry’s leaders sitting in the audience. They’ve seen the warning signs, but aren’t sure yet whether crowd numbers alone are the problem. Roberts, who heads the industry’s main association, said that the level of local concern has been clear to him – he commissioned the survey the minister quoted.

“People come here for the landscapes but go home talking about the people they’ve met. If we don’t have that welcoming culture we can’t be proud of that tourism product,” he said.

Instead of declaring the death of camper vans and the need to turn away planes full of economy class passengers, Roberts said that the solution could be found through building to meet demand.

“The answer won’t always be fewer people. It may be more about when they come, where they go and how we manage people in place, what infrastructure and procedures we have,” he said.

Part of the problem is a Department of Conservation that doesn’t have the resources to deal with crowd numbers, especially in places like the Milford Sound, Roberts said.

Nash revealed that DOC and other government agencies could look to hike fees substantially after Covid-19 recedes and visitors return. He said he’s asked for pricing strategies for public assets that make them “financially self-sustaining”.

That could mean a higher tourism levy at the border, more and higher local levies on visitors, as well as higher prices from DOC for using conservation lands and waters.

The tourism levy doesn’t currently apply to Australians. A missed opportunity, according to the minster.

“It is imperative that our tourism sector improves the wellbeing of New Zealanders and protects and restore our natural environment. This is needed in order to regain the social licence,” Nash said.