Yesterday Newsroom posted a scoop on Todd Barclay’s weird, possibly illegal recordings of one of his former employees. Hayden Donnell keeps track of all the falsehoods unfurling out of the story.

I went to sleep in London just after Newsroom broke its story about Todd Barclay, his secret recordings of a staff member, and the apparent resulting cover-up by the National Party. I woke up to a blizzard of deception. Several people had dissimulated several times. There were deceits on top of deceptions, reported in tweets. Websites. Even internet videos. It was overwhelming. While my home country slept I sat down and unwound the threads of deception.

The stereotype is that people start off life as idealists and gradually become morally bankrupt, property harvesting Baby Boomers as they get older. National’s Southland MP Todd Barclay started off his professional life as a corporate affairs manager for Phillip Morris New Zealand. How do you get a less idealistic job than tobacco lobbyist? Harvesting baby organs for soup?

Thankfully after a short apprenticeship peddling emphysema to poor people, the National Party decided Barclay was ready for service as an honourable member of Her Majesty’s honourable Parliament. That doesn’t make cigarettes, darts or durries good. Saying, essentially, that they are is Barclay’s first fiction. Like a typical millennial, he has been unable to enter a committed relationship … with the truth.

At a National Party AGM, Barclay gave categorical assurance he didn’t use a dictaphone to secretly tape his former employee Glenys Dickson’s conversations. 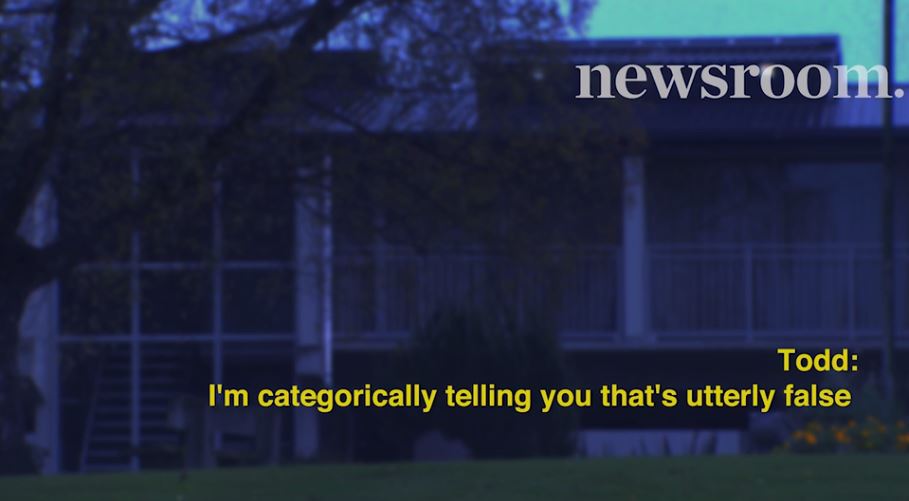 Why is there such a difference between these accounts? Could it be that the first one is a falsification?

3. That same denial, lots of other times

He implicitly threatened legal action against people who were accusing him of doing the taping.

Yesterday afternoon he apologised for possibly being “misleading” with his earlier statements after it emerged that he’d actually admitted making the recordings in a conversation with his boss. Another word for being “misleading” is doing a lot of big fat [SUBS: INSERT LEGALLY SAFE WORD FOR LIES].

All this time we’ve been calling him Prime Minister Bill English. We’ve been living a mislead.

English’s police statement on the Barclay affair reveals his true identity. He is not Bill English. He is SIMON WILLIAM ENGLISH. 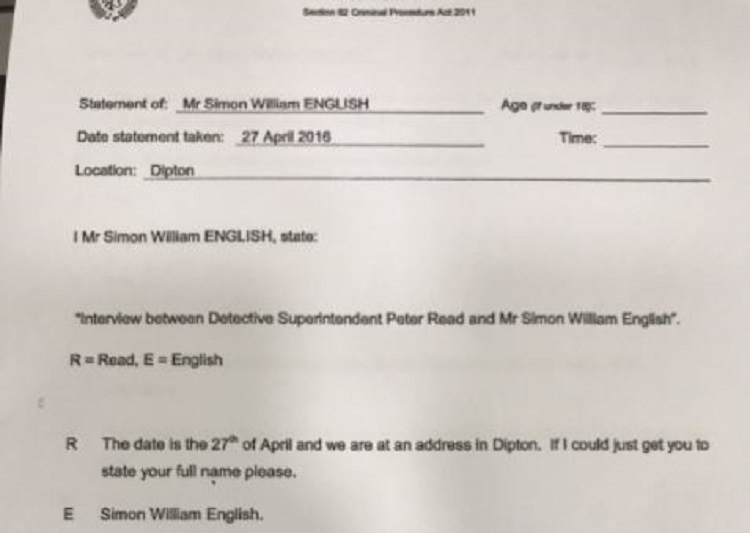 What is Bill short for? WILLIAM or BILLY BOB. What is the shortened version of Simon? SI or SIMEY. These are facts. I don’t care that William is his middle name. Here is a complete list of people who are allowed to use their middle name instead of their first name:

a. My late Nana whose name was Vonda.

If English has been slippery on such a foundational issue as his real name, how can we trust him on more important matters? This is fucked! I can’t emphasise enough how fucked this is.

The rest of this article will refer to Simon English as “Bill” English for clarity.

5. Everything “Bill” English has not said

Barclay told English he had secretly committed a dictaphone violation more than a year ago.

Since then he’s gone on to deny the dictaphone violation both to the media and to National Party members on multiple occasions without once being corrected by English.

When one of your employees repeatedly gets up before the media and says something you know is false, then continues making that same assertion for more than a year, and you do nothing, isn’t that kind of a evasion of omission?

The worst thing here is that English’s main selling point is that he’s a morally upstanding Catholic farmer from Southland who’s so honest he admits to culinary war crimes and being unable to run properly. It’s obvious he’s been involved in some kind of cover-up here – which  admittedly is quite a Catholic thing to be involved in – but we’re in the age of Pope Francis now. English should know better.

7. At least one thing “Bill” English has said

Yesterday morning, English was asked who told him Barclay had made the secret dictaphone recordings. He said he couldn’t remember.

Now I’m as prone to having my underlings confess possible crimes to me as anyone, but I will assert one thing: I’d always remember the conversation. And I would particularly remember it if I had to recount it to the police in an official statement soon afterward.

Is it really plausible that English just forgot Barclay telling him he’d made the recordings? It really sounds like the prime minister has been caught in a fabrication of commission. That’s a big deal, and we’ve completely exhausted our thesaurus’s suggested alternatives for “lie”.

An earlier version of this story gave the author’s Nana’s name as Verna. It was in fact Vonda. The text has been amended to reflect this.

‘The parallels were freaky’: Toa Fraser on making Sweet Tooth in New Zealand during a pandemic