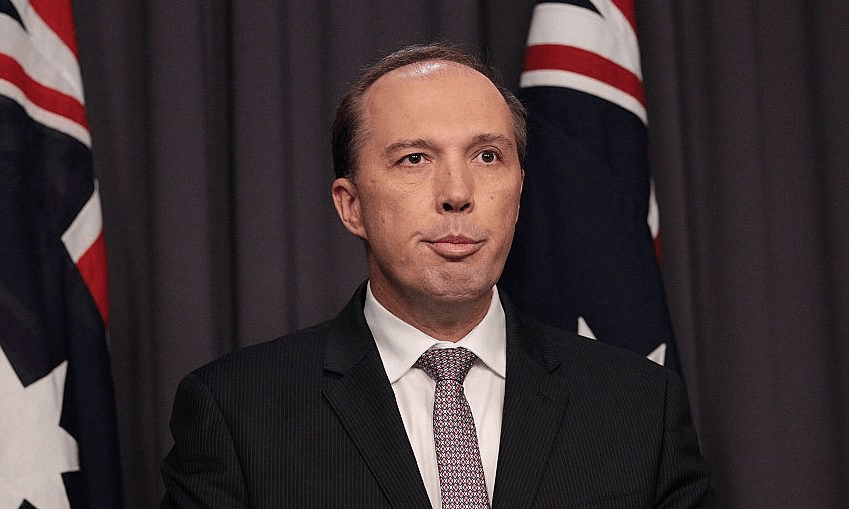 Peter Dutton, pictured here in 2016, last week urged Andrew Little to “reflect a little more on the relationship between Australia and New Zealand where we do a lot of the heavy lifting”

Andrew Little: Sometimes calling out your best mate is the right thing to do

By Andrew Little
Guest writer
Made possible by

Peter Dutton, pictured here in 2016, last week urged Andrew Little to “reflect a little more on the relationship between Australia and New Zealand where we do a lot of the heavy lifting”

Australia’s polarising immigration minister, Peter Dutton, last week responded to Andrew Little’s criticisms of its deportation policy by asking him to “reflect a little more on the relationship between Australia and New Zealand”. Here the NZ justice minister, having reflected, writes that every country has the sovereign right to make their own laws. But when those laws threaten human rights, then we should call it out.

Being deported is probably the most serious action, aside from imprisonment or execution, which a state can take against someone who is not a citizen of that country. You are kicked out of the country and banned from returning. There are few things more intrusive and disruptive.

Deportation isn’t inherently wrong. It is standard in most countries that if you commit a criminal offence (usually of the more serious kind) while visiting, you are deported. New Zealand deports around 80 people each year.

The roughly 600,000 New Zealanders in Australia make up 10% of people living there who do not have citizenship status. Some of these “Kiwis” have never even visited Aotearoa, because babies born to our citizens in Australia are legally our citizens too.

When it comes to the people being kicked out of the “lucky country”, New Zealanders now make up half of that number – a huge 1,200 Kiwis citizens have been booted from Australia in the last three years.

In any country, the state has extraordinary powers. The 20th century was marked by citizen, judicial and international efforts to make sure nation states exercise that extraordinary power in a way that is responsible and respective of human rights.

The general principle developed over this time is that the power of the state over individuals should not be exercised arbitrarily or abusively. In international agreements such as the Universal Declaration of Human Rights (1948) and the International Covenant on Civil and Political Rights (1966), countries reached agreement on the basic rights of all citizens.

Freedom of movement, with appropriate controls and safeguards at national borders, is seen as one of those basic human rights. There has been free movement between Australia and New Zealand since before Australia existed as a nation-state.

The removal from a country which someone has legally made their home should not happen lightly. Particularly when it’s deportation to a country that they have no real connection with.

There are three grounds on which Australia removes non-citizens.

Deportation following conviction on a criminal charge for which a prison sentence has been served is mostly uncontroversial. It becomes controversial when the person being deported turns out to have spent their life since childhood there. For some New Zealanders living in Australia, they are not there just because Mum and Dad decided to make a new life there years ago. The extended family did, too. Some Kiwis being deported under this category are returning to a country they have no connection with and little in the way of family or other support.

The other two grounds for deportation are more of a problem.

The second ground is a general failure of good character. Merely associating with someone who is suspected (note they don’t have to be have been convicted) of criminal conduct is enough. Or if your past general conduct shows that you are “not of good character”, you’re a goner (section 501(6) of the Migration Act). Who knows what the extent of this power to deport is?

Different appeal rights apply to different grounds, and in some cases the only right of appeal is to the person who made to decision in the first place, the minister of immigration.

These are ill-defined powers. And they create the greatest risk of arbitrary or abusive decision-making. It all adds up to a considerable threat to basic human rights.

Every country has the sovereign right to make their own laws. But when those laws threaten human rights, then we should call it out.

Especially when that country’s our oldest and best mate.