A pair of Auckland councillors are calling out low levels of funding for South Auckland community facilities. But as Justin Latif reports, unravelling decades of under-investment won’t be easy.

Ever wondered why some parts of Auckland have nicer community facilities, look cleaner and have more playgrounds than others? You’re not alone.

Clendon resident Arohanui Kamu has two kids and finds herself questioning why she has to drive out of the suburb on weekends to access better playgrounds and community centres.

“It’s sad that we can’t find the facilities we need, as ratepayers, in our area,” she says.

“But I couldn’t really take them around here, because the playground always has broken glass in the bark and the swings are broken. All the flashier ones are outside our area. The Clendon community centre runs some really good programmes and initiatives but it’s on a very basic level.“

One of the main reasons why her area lacks the facilities she sees in other parts of Auckland is the way local boards are funded. Each of Auckland’s 21 local boards receive a pot of money for ‘locally driven initiatives’ – which can be for anything the board choses – as well as a much larger ‘asset-based services’ (ABS) operational fund. This fund is based on how many community facilities and local parks are in the area and the money is to cover the costs of running these places.

Currently the local board areas of Henderson-Massey, Waitematā and Howick receive the largest amounts of ABS funding, ranging from $26 to $27.5 million, while the South Auckland local boards of Manurewa, Māngere-Ōtāhuhu and Ōtara-Papatoetoe receive $14 million, $14 million and $17 million respectively.

And according to analysis conducted by Auckland Council, Manurewa has the largest funding shortfall of any board based on its population and community needs. It would require almost $350 million just to catch up with the better resourced areas.

Rodney, Ōtara-Papatoetoe and Māngere-Ōtāhuhu are the next three local boards areas deemed to require a large funding top up.

Angela Dalton, Auckland councillor for the Manurewa-Papakura ward and former Manurewa Local Board chair, says the funding for her area is unjustifiable and unfair, given that the boards enjoying the highest levels of funding already have the most assets.

“But it really should be about what we can give all ratepayers of Auckland, not about which local board gets what. The inequity has been created by how the legacy councils [those predating Auckland Council] funded their areas. And in some instances, the way the legacy councils did it meant some facilities weren’t allocated any budget.”

She says there’s no reason why areas like Manurewa can’t expect more.

“If ABS funding increased for Manurewa, they could not only spend more, but when they did repairs, it would be quality repairs or renewals, rather than just the bare minimum, so they would last longer and look more aesthetically pleasing.”

Fellow South Auckland councillor Fa’aana Efeso Collins says the issue is part of a long history of under-investment in South Auckland, but that the council also suffers from a “lack of boldness when it comes to looking at what the city actually needs when it is growing as fast as it is”.

Phelan Pirrie is chair of the Rodney Local Board. His board area covers 46% of Auckland’s land mass, but only receives $15 million in ABS funding and, according to council analysis, needs a further $150 million to catch up.

“Manurewa is the worst affected, and then Rodney is second,” he says.

Noting that the Howick Local Board area “receives hundreds of thousands every year for its various art galleries, museums and community centres”, he says that last year was the first that time a hall in Warkworth in Rodney had received ABS funding, and even then “we could only partly fund the costs of that hall with that money”.


“Boards areas like ours, which have high levels of residential growth, are not getting the funding to meet those demands. But we also can’t keep looking over our shoulders back to what used to happen.”

Pirrie says the supercity should adopt new funding models, rather than entrenching the inequitable approaches taken by the former councils.

Auckland Council has tasked a working group to review how it distributes funds to local boards, and one proposal is to allocate ABS money based on local board area population, land mass and deprivation, rather than on how many facilities an area already has.

Auckland mayor Phil Goff agrees the current model isn’t fair and he hopes the review can throw up some better options.

“As a result of seven different legacy councils having varying levels of asset investment, assets inherited by and maintained by different local boards receive variable funding,” he says.

“The historic legacy means that some areas are not getting equitable funding with others. There are complex issues to work through, but the joint governance working party and council are examining how to ensure that different parts of the city have equitable access to amenities and that funding is provided on a fair basis across the region.” 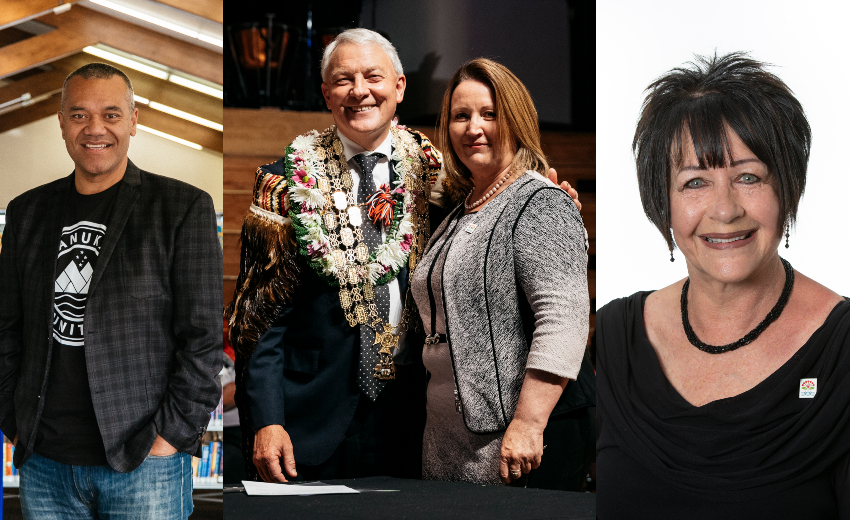 The joint governance working party will present its proposals to councillors in September and Dalton and Collins expect politicians hailing from Auckland’s wealthier areas to oppose any changes.

Howick Local Board chair Adele White is one who isn’t in favour of a redistribution of resources.

“The whole concept has been very difficult for our people to get their heads around,” she says.

“We haven’t been overly happy with what’s been presented to us at this stage. Perhaps there’s a feeling that elements of our locality haven’t been taken into consideration. Ultimately, we also have a huge shortage of spaces and facilities in our area, as we’re a fast growing community.”

Her answer to funding shortfalls is for groups to get more private sponsorship, which is what she recommends to those in her community wanting new facilities.

“We have a couple of ethnic groups who would really like to have a place where they can have activities,” she says.

“We’ve talked to them and said perhaps you could look at getting some people from your community to raise some money, and perhaps put together a business case to council to do a public/private partnership.

“I just feel that’s the only way.”

But Collins and Dalton say boards like Howick need to be prepared to compromise.

“When the local boards come to the governing body, Māngere-Ōtāhuhu and Ōtara-Papatoetoe are often willing to compromise,” says Dalton.

“Whereas a board like Howick digs their toes in. We’ve all tried to cut our budgets; they haven’t.”

Collins says appeasing areas “who shout the loudest even though they often have the most wealth” means places like South Auckland end up “putting band-aids” on their issues.

“We need to have a public discussion on how we’re going to fund things fairly. If we just take a pragmatic approach, we’ll only come up with compromises, so sometimes a bolder vision is required.”

For Arohanui Kamu it’s simply about wanting a safer, more connected community for her kids to grow up in. Kamu and her husband Justis are expecting their third child in August, and while she realises a new local playground won’t be built by then, she hopes the community’s facilities might begin to match the aspirations she has for her family.

“I’d love to have a decent destination playground, with a waterplay park. I have no doubt that it would help create such a community vibe – because at the moment there’s nothing here to do that.”