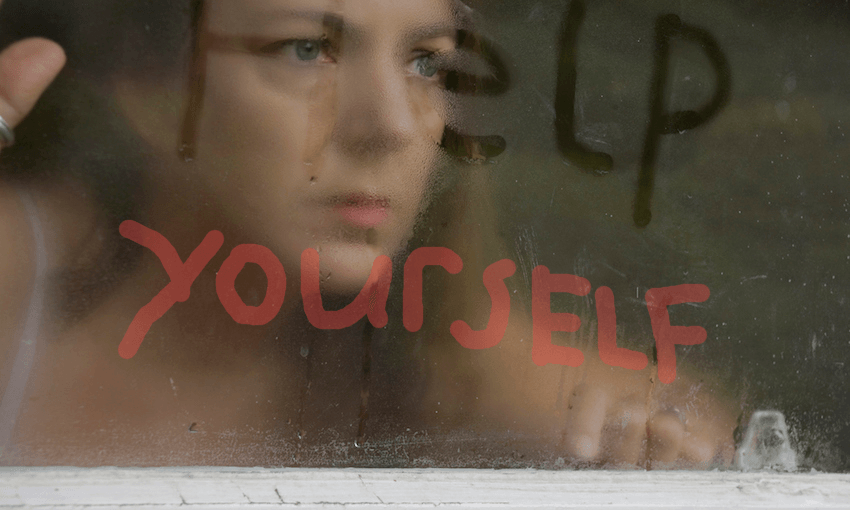 The one easy trick to rid your home of mould

Mould is one of the biggest health risks associated with New Zealand’s substandard housing stock. But since landlords seem averse to doing anything about the problem, Madeleine Chapman came up with an easy workaround.

This story was published in June 2018.

Earlier this week, nine students reached a confidential settlement agreement with their landlord following a tenancy tribunal complaint around the conditions of their Dunedin flat. The property, known to friends as the “Rat Mansion”, housed so many leaks and so little ventilation that mould began growing on the students’ clothing.

Cliff Seque, president of the Otago Property Investors’ Association, argued that tenants themselves could prevent mould from growing in their homes. If tenants stopped drying their washing inside and keeping their curtains shut, they too could mould themselves a life free of fungus.

“You don’t see mould in empty houses,” he said.

It’s a universal truth that the purpose of living in a home is not to make it your own. Instead, it’s to work, with every meal cooked and piece of clothing laundered, towards the illusion that your home – the place that will forever sculpt your lives and the lives of your children – is in fact uninhabited. For a home is but a condensated window into our souls. And what are our souls if not empty?

If an empty home is the solution, we have a problem bigger than an indoors clothes rack. But New Zealanders have long been known for their innovation and grit, for creative solutions to serious health problems. A mixture of 70% vinegar and 30% hot water has been shown to work on eradicating mould. Seque helpfully suggested an extra ingredient, “elbow grease”. He did not provide any pricing or supplier information for the grease.

It’s so easy to talk about the causes (tenants’ lifestyles) of mould and the methods of removal (elbow grease), but these discussions have failed to address the major mould trigger: breathing.

Mould grows in homes because of moisture. Where there is more water, such as bathrooms and near windows, there’s a higher chance of mould growing. People breathing and sweating creates moisture too, making them as mould-friendly as a leaky toilet.

Dr Austen Ganley, a senior lecturer in biological sciences at the University of Auckland, was referred to The Spinoff as being “the mould expert”. Ganley confirmed that the act of breathing contributes to mould growth. “When you exhale, the air you breathe out is moisturised as it has travelled from the lungs and through the oesophagus, which are coated in water,” he said. “The moisture from your breath can land on surfaces and help mould to grow.

“One of the reasons that mould is often associated with cold is condensation. For houses with poor insulation or heating that are cold on the inside, the nice warm moist air that you breathe out will condense on surfaces, providing an ideal home for mould.”

Seque was right. It’s the people – those sentient asset depreciators – who bring on the mould. The lack of insulation, ventilation, and heating is merely a scapegoat. The solution is to stop breathing. Mindfulness leader Amit Ray said “If you want to conquer the anxiety of life, live in the moment, live in the breath.” But if you want to conquer the black mould in your overpriced student flat, live outside it or don’t breathe. Even the mould expert Ganley agrees.

“Yes, if you stopped exhaling you could reduce the moisture in your home…theoretically.”

Theoretically is good enough. Einstein worked almost exclusively in the theoretical and look how famous he is.

Perhaps Einstein is still alive, sharing his wisdom through the medium of property investor Cliff Seque. Providing prompts like “You don’t see mould in empty houses” to encourage groundbreaking solutions like not exhaling.

“If there’s any moisture coming up from the ground, leaks in the ceilings etc, mould will likely develop. Mould can absolutely grow in an empty house.”