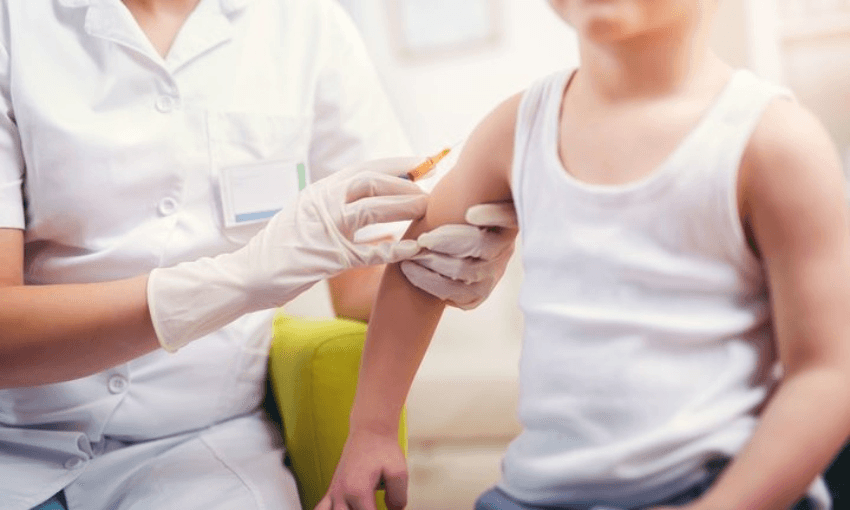 The fear you carry over this virus is the fear those of us who have children with compromised immune systems carry all the time, says Emily Writes.

Standing at the empty aisles in Pak n Save a woman turned to me and said – “well great – there’s no hand sanitiser, what am I going to do with my kids now?” I suggested that she could use cleaning wipes if needed. It’s best to clean around you after washing your hands thoroughly because if you haven’t wiped the surfaces around you, hand sanitiser is much less effective. She scoffed and walked off.

My family won’t run out of hand sanitiser or Dettol because we, and other families like us, buy it in bulk. At the first whiff of a new virus a month or so ago, the online support groups for immune compromised families lit up with discussions about who had what in storage and what would happen once people whose lives don’t revolve around the health of their children had to act.

We ordered extra insulin and got a loan to order six months of implants rather than buying them weekly in case the supply chain was impacted by the virus. And, yes, we grabbed a few extra bottles of soap knowing that a virus might be enough for some folks to suddenly remember you’re meant to wash your hands after you go to the bathroom and before you eat food.

Watching the toilet paper shortage has been an interesting example of a lack of community effort to prevent disease – one that people with immune compromised children know all too well. The obsession with providing only for your family and to hell with everybody else isn’t new to us. If you buy all the hand sanitiser now when you only need a few bottles, you deprive other people of the ability to use it. You spread the disease. But who cares as long as your family is safe, right?

Where have we seen that mentality before?

If only we saw vaccine-preventable diseases the way we see Covid-19.

“I want to keep this shit out of our country” has been a sentiment I’ve seen a lot of online. It’s certainly an interesting concept coming out of New Zealand, given our country’s record in spreading disease.

A boat from New Zealand brought measles to Samoa in 1893. It killed at least a thousand people. In August last year, it’s believed, a flight from New Zealand brought measles to Samoa. At least 20% of babies aged six to 11 months caught it. One in 150 babies died. One was 14-month-old Jeanette Leutu Adrianna Leulua’i. Another was Si’la’e Lefauaitu, she was the same age as Jeanette. Fa’aoso Tuivale lost three of her children: three-year-old Italia, and 17-month-old twins Tamar and Sale.

“The first one died on the first of November, the other one on the eighth, and the last one on the 16th,” their mother, Fa’aoso told the Telegraph.

Most of the 83 deaths were children. Over 3% of the population of Samoa was infected. It is a case study in the effectiveness of the anti-vaccination crusade. The country now has rates of about 94% for vaccination. The deaths have stopped.

Measles is a horrendous and murderous illness. And it’s largely preventable with vaccination and herd immunity. Still, some parents say they won’t vaccinate or will delay vaccination simply because measles isn’t a big deal for them.

Imagine if parents openly had the same view of Covid-19? Children and young people under 18 account for only 2.4% of all reported cases of Covid-19. The Ministry of Health tells me via a letter from my children’s principal that this means we are unlikely to see widespread cases in schools and early learning services. If a child or young person does get confirmed with the disease, 97.5% will get mild to moderate symptoms only (0.2% critical).

My child is probably in the 0.2% basket with the other immune compromised kids. The Ministry of Health says up to 30% of people with measles will develop complications – usually children under five and adults over the age of 20. Measles during pregnancy increases the risk of miscarriage, premature labour and low birth-weight babies.

If that’s not enough to convince you of its seriousness maybe this will: Measles has a more than 50% death rate for New Zealand children with low immunity.

In Australia people are publishing the names of those with Covid-19, with people saying these folks are actively spreading the disease. And yet at other times, people tour New Zealand spreading anti-vaccination propaganda. People openly talk about not vaccinating and encourage others to do the same. They hold gatherings where they actively spread a disease that kills.

I remember when my son was fresh out of intensive care for surgery on his trachea at three months and I read a woman online confidently claim whooping cough was just a cough and the vaccination was unneeded. According to the Ministry of Health outbreaks of the disease occur every three to five years. New Zealand’s most recent outbreak began in August 2011, peaking from then until December 2013, with about 11,000 cases notified (379 new cases per month). A total of three deaths in young children occurred during this period.

I can’t help but imagine a world where people take deadly diseases like whooping cough and measles as seriously as they do Covid-19.

But, then, it simply reflects the attitude we’re seeing right now. To hell with everyone else. As long as my family is OK I don’t care. As long as I have hand sanitiser and a face mask and a tower of toilet paper that’s all that matters. As long as my kids are safe …

“It only kills already sick people” is a familiar refrain right now. What if we could reframe it?

The only way to combat Covid-19 is through community. And that too is how we combat measles, whooping cough, influenza and other serious diseases. It requires a massive shift in the way people think. It requires parents to see other children as valuable too. For people to see the elderly, the sick, and children as valuable. It requires an empathy to see that the fear you carry over this virus is the fear immune compromised people and their families carry every day and have done for years and years.

It requires you to care for other families, not just your own. Can that be done? I really hope anti-vaxxers haven’t proven that it can’t be.