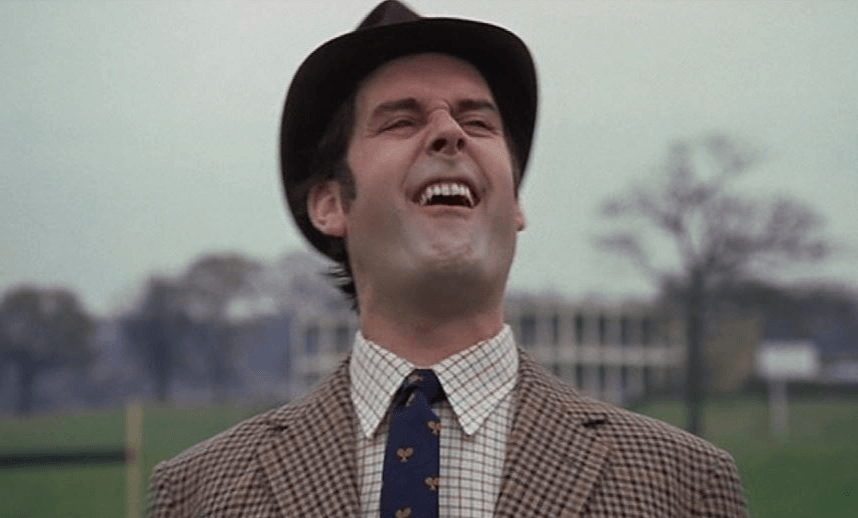 From broadcasters to philosophers to the Spinoff, economic illiteracy has abounded in response to the Opportunities Party’s tax policy, argues Gareth Morgan.

Thanks to Paul Henry and Jamie Whyte we have a live discussion about where the burden should fall in making New Zealand fair again. At the Opportunities Party our view is that prosperity cannot be sustained unless built on an ethical foundation of fairness.

And in case you missed it, last week The Opportunities Party released its first policy last week and it was on making New Zealand fair again by closing a major income tax loophole that would benefit 80% of people while costing 20%.

But what gets right up the nose of Henry and Whyte is that they feel everything they have earned or own is purely on merit. Neither is prepared to accept that the tax regime contains a major loophole that has benefited both of them (and me) to an extent that is way out of proportion to any “hard work” we might have undertaken. This refusal is in spite of numerous government-commissioned working groups of experts pointing to the problem.

As far as I’m aware neither Whyte nor Henry have any expertise in the area, nor present any evidence that supports their rejection of a fair tax regime. It appears their anger is driven by unadulterated self-interest. Of course, as voters they have that prerogative, but as commentators trying to contribute intelligently to their discussion they are inadequate.

Indeed the yelp of pain from far-right apologists like Henry and Whyte tells us more about their personal values than anything else.

Indeed their whingeing tells me lots. For instance, they don’t care about raising the top tax rate as Labour and the Greens advocate, because a large proportion of the truly rich don’t pay the top rate of income tax anyway. That isn’t because they are doing anything illegal, it is because our tax system doesn’t capture the income that comes from owning lots of assets. This is the loophole I want closed.

So their cries that the sky will fall in if this tax is introduced confirm that their days of tax dodging will come to an end under this policy. So what – such a removal of privilege is hardly worthy of discussion.

Just so there’s no ambiguity, here is TOP’s plan, plain and simple:

We recognise that all assets provide their owners with a benefit, each and every year (in economist’s parlance that’s called income from imputed rent). For those assets where the benefit is already declared as income – like deposits and shares – there will be no change. For assets where not even a minimal level of income declared, the proposal is deem such an income is earned (at a rate similar to a bank deposit), and therefore income tax is due.

The policy would at least partially recognise that asset owners receive a benefit each and every year from the productive assets they own. So it goes some way to shutting a gaping hole in our income tax regime. We would advocate it be phased in, so that we avoid a crash in house prices. It doesn’t apply to debt (eg a mortgage), just the equity the owner has in an asset.

The effect is that it expands the tax base. So in response we cut tax rates by an equivalent amount so not one dollar extra in tax is raised. It is purely a change in distribution of who pays what.

The impact will be that salary and wage earners will face substantial tax cuts. Because of this loophole they have borne far too much of the income tax load in the past. That will change. Indeed when we test various scenarios of tax rate cuts and various deemed income rates for assets, our calculations show that 80% of Kiwis would be better off. The 20% that aren’t – surprise, surprise tend to be the wealthiest.

This policy would be especially great for young people. It would boost investment in businesses, generating high paying jobs. It would stabilise rampant house prices while incomes catch up. It would provide an incentive to build houses instead of land banking. It reduces our reliance on foreigner’s savings to fund our economic growth. And most importantly it reduces inequality and improves fairness. Not many policies can claim that.

Now to respond to the bleeding-wallet libertarians who don’t care about fairness and even economic efficiency, but rather struggle to think beyond themselves. I’ve already responded to Henry here, but what about the points that philosopher Whyte came up with?

Imputed rental is the benefit you actually (not potentially) get from owning an asset because you don’t have to rent it. Because no cash changes hands, it is far more tax efficient to own assets rather than put the money in the bank and use the interest to rent the asset (like a house). Hence the rich store their wealth in lots of assets that they can use, and legally avoid paying tax. Why join an expensive tennis club when you can put a tennis court in the back yard?

Many countries in Europe tax imputed rental already alongside other imperfect wealth and housing taxes. Imputed rental is even in our national accounts – so that we can compare our national income with that of Germany or Switzerland which have much lower rates of home ownership.

Imputed rental is income like any other, but we don’t tax it. Well actually we do tax it when it comes to our FDR regime for foreign shares we own. If Henry or Whyte could demonstrate they have even a basic grasp of national accounts or the FDR regime I’d consider them worthy commentators. They can’t.

As to Whyte’s esoteric (he is a philosopher) example about the woman with the law degree, as mentioned above we are not taxing the opportunity cost. A better example would be cooking a meal for yourself, as we discuss in our FAQs. Why don’t we tax DIY? The simple answer is fairness; everyone has 24 hours in the day but some people have far more assets than others, and that is driving the growth in inequality we face as a society.

Henry is an entertainer, not even a journalist; Whyte’s economics illiteracy is equally limited. However uninformed, their ill-considered views at least provide their readers the opportunity to see what’s not relevant. Which is more than our media-lite professionals have been able to do. Several journalists – including the Spinoff’s own Duncan Greive – didn’t seem to understand the policy and its implications.

With old media so skint now and its journalistic resource so skimpy those in the public who want a decent conversation are better to go direct. Thankfully, social media allows for that. You can follow me on Facebook here, Twitter here, or come to our website to become a member or join our email list.

Remember the fundamental question is simple – do we want to live in a fair society with opportunities for all? Or do we prefer the “I’m alright Jack, pull up the ladder behind me” approach of Whyte and Henry?