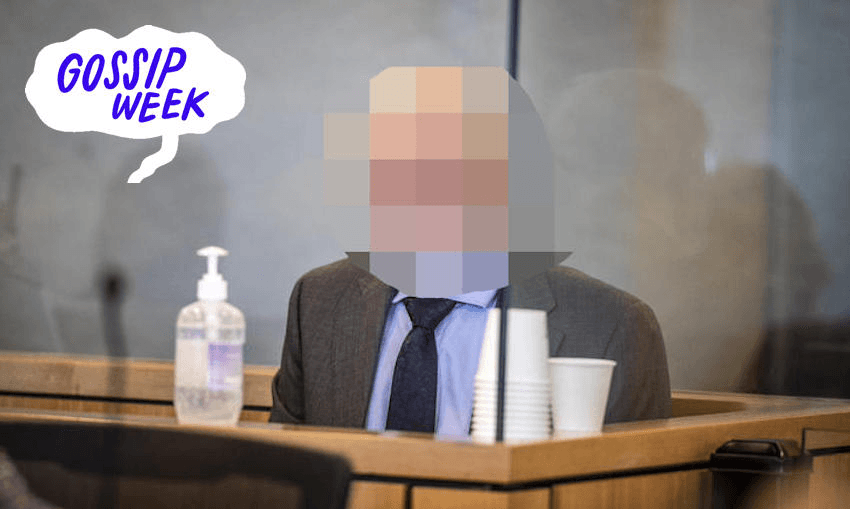 Gossip week: A lawyer who knows a thing or two about media law explains how our confusing name suppression laws work.

In many of the suppression cases I have been involved with over the years, this statement of principle from the Supreme Court has been my go-to opening line:

“The principle of open justice is fundamental to the common law system of civil and criminal justice. It is a principle of constitutional importance, and has been described as ‘an almost priceless inheritance’. The principle’s underlying rationale is that transparency of court proceedings maintains public confidence in the administration of justice by guarding against arbitrariness or partiality, and suspicion of arbitrariness or partiality, on the part of courts.

Open justice ‘imposes a certain self-discipline on all who are engaged in the adjudicatory process – parties, witnesses, counsel, Court officers and Judges’. The principle means not only that judicial proceedings should be held in open court, accessible by the public, but also that media representatives should be free to provide fair and accurate reports of what occurs in court.

Given the reality that few members of the public will be able to attend particular hearings, the media carry an important responsibility in this respect. The courts have confirmed these propositions on many occasions, often in stirring language.”

Open justice is undoubtedly a matter of public interest. It is a subset of freedom of expression and freedom of information that permits informed public discussion, debate and opinion. The media has an important responsibility to ensure that justice is seen to be done, and this is only possible when information about what goes on in the courts is not suppressed.

The principle of open justice is not absolute. Parliament has enacted laws and the courts have developed case law that limits the media’s (and the public’s) ability to publish reports of what goes on in the courts. These laws and precedents are recognised as necessary limitations on our right to freedom of expression, a right guaranteed to all of us by our Bill of Rights Act. Name suppression is one of the limitations of that right.

Name suppression can be sought by anyone. The rules relating to suppression (or non-publication) orders in civil proceedings have been developed over the years by case law and precedent. The issue of name suppression is most commonly encountered in criminal proceedings. The Criminal Procedure Act 2011 introduced a threshold requirement that a party seeking name suppression must satisfy before the court can go on to consider whether to grant it. Prior to 2011 there was criticism (justifiable, in my opinion) of the discretionary nature of the suppression regime. The impression was that suppression orders were being made too frequently – particularly to celebrities and other well known personalities.

If one or more of these criteria are established, then the court is permitted to exercise a discretion as to whether to continue the interim name suppression order or make it permanent. The courts have made it very clear on many occasions that the normal distress and embarrassment associated with being charged or having a relative appear in court does not amount to hardship that is undue or extreme.

Unfortunately, it’s common for busy list courts and defendants who game the system to delay the determination or final determination of suppression issues. Sometimes there’s no court time available to determine the suppression issue until months after the defendant’s second appearance. Even if the court declines name suppression, all a defendant needs to do to keep their name suppressed is signal that an appeal against the ruling will be filed and the court must continue the interim suppression order until the appeal has been determined. Appeals lead to further delays and allow a defendant to keep their name out of the public domain even longer.

In some cases, even when hardship is established or acknowledged, there can be other reasons why the court exercises its discretion to ensure the open justice principle nevertheless prevails. The most recent example of this was boxer Joseph Parker being refused name suppression in relation to his connection to three men convicted of importing and supplying methamphetamine.

In my opinion the Parker case was a good example of the media – in that case Stuff – opposing name suppression to ensure the public was fully informed, not only about what went on in a court case, but also to hold police accountable for their decision not to charge him.

The current name suppression laws aren’t perfect, but I think they’re a vast improvement to the highly discretionary test that existed previously. Open justice is the starting point. People seeking name suppression have to satisfy a threshold test and then convince the court why the presumption of open justice should not apply.

In my view the rules could be improved by reducing delays, preventing suppression continuing automatically by simply indicating an appeal is to be filed, and by hearing name suppression appeals urgently. In all other respects I believe the system is working reasonably well. Defendants who are well known are no longer receiving name suppression for that fact alone.

Robert Stewart is one of New Zealand’s leading media law and defamation barristers. He regularly acts for accredited media organisations who oppose suppression being granted or extended, and challenge court-ordered suppression orders.