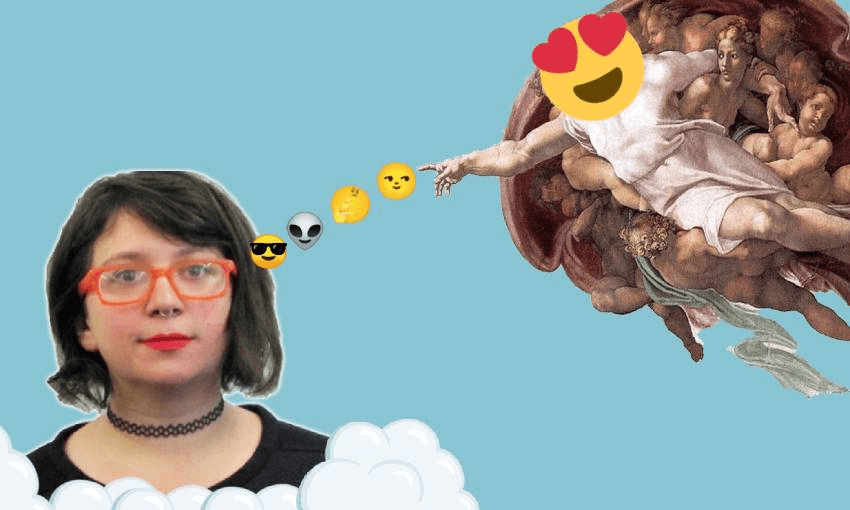 Meet the woman behind every emoji you use

“Yeah, WeirdTok has embraced it a great deal,” says Jennifer Daniel. She’s the creative director of emoji at Google, and predicting how teenagers will use her designs in the niche corners of TikTok is part of this monumental job.

“I think there were about 700 [emoji] when I first started. That was not terribly long ago.” Emoji are never deleted, but the rate of growth is slowing down. Last year Unicode, a standards body that oversees emoji globally, pumped the brakes. They’ve cut the number of approved new concepts in half, so now only around 30 new designs will be added to your phones each year.

Although Daniel is an emoji pioneer, not everything she suggests makes the cut. “I think the first proposal I had rejected was an emoji for existentialism,” she says. “It was a person looking in a mirror. They were forced to stare themselves in the eye.

“I learned a lot from that one. Reproducing reality is not in the best interests of the ecosystem,” she says. “Speaking more metaphorically is far more flexible and meaningful.”

Her father wanted a cannoli emoji, which was also rejected.

Now when she designs an emoji, she’s got three goals: to reduce cross-platform inconsistency, to match Google’s cute style, and to be iconic. “As much as I want to show off how funny or clever I might think I am, I really have to divorce myself from it and use what is most common, most iconic, and demonstrate how you’re funny.”

The latest designs Google has come up with embrace this lesson.

The index finger and thumb cross (top row, second from right) is poised for greatness. It could be a jazz man snapping their fingers, or a mobster asking for money. It could be combined with a violin to represent someone playing a tiny violin in sarcastic mourning. For K-pop fans, it represents the BTS finger heart.

“It might mean something different to someone somewhere else in the world, but it still means something, and that’s what makes it globally relevant.”

Daniel was a journalist and an illustrator before realising her hieroglyphic calling. Her “a-ha” moment ??  came when she sent a message to a friend containing a ?‍♀️. Her friend received a man facepalming ?‍♂️.

“The letter ‘a’, when rendered in different fonts, looks different. Emoji are the same. There are different emoji fonts. For whatever reason, everyone chose to make them explicitly gendered.” Face-palmers, merpeople, zombies – all got turned into men by at least one platform (usually iPhones). So began Daniel’s push for genderless emoji.

For the past few years, platforms have been moving away from “male” as the default: they’ve added lady counterparts to each manly emoji, so we have ?‍⚕️, ?‍♀️, and ?️‍♀️. But the solution, to Daniel, is something much more obvious: gender neutrality.

Instead of scrolling to find the man or the woman, everyone can just click the same emoji. The examples she shows me wear a vibrant agender orange, and have scruffy hair down to the nape of the neck. “We really drove adoption of gender-inclusive emoji, and now they’re accepted industry-wide,” she says.

She also sees this shift as a way of decoupling gender from stereotypes. Instead of looking for “lady doctor”, you can just look for “doctor”. She shows a redesign of the parenting emoji Google has been working on, inspired by her husband. “I went through my keyboard, and I was looking for a man who was participating in childcare. Not only was there no existing emoji, but there was no effective combination of emoji.” ??️‍♂️?❤️?

There was a breastfeeding emoji, but this didn’t suffice. A lack of breasts, she reasoned, shouldn’t preclude someone from parenting. “That’s when we landed on a person bottle-feeding a child.” The baby is swaddled so its colour and gender are concealed, meaning the emoji can encompass any kind of family.

In the more than 20 years since emoji first landed on the scene, they’ve only grown in adoption. A form of communication once limited to instant messaging systems has become a form of punctuation – think back to 2017, when every man in his 20s used the ? to end every single text – and even a way of expressing your identity. Tinder bios have flags to say where the user comes from, Twitter bios have rainbows to express a queer identity, and TikTok bios have plants to declare veganity.

Daniel says formal use of emoji isn’t unthinkable. “If you squint your eyes it’s there,” she says. “You see a great number of papers being published academically on emoji behaviour – that isn’t to say that emoji are being used in papers as commonly as punctuation, but people are studying it in a much more formal and serious way than they were 10 years ago.

The way we communicate evolves across generations, and emoji are a huge part of the latest shift in informal written language. Boomers use hard punctuation at the end of sentences, which can come across as aggressive to younger readers. Are emoji a countermovement? Is it linguistic pacifism? Do we add a ? to denote submission and breedability?

“I think there’s a lot of legacy that boomers have been taught about formal writing that’s carried over into informal spaces, which feels incongruent to younger generations,” says Daniel. “When people used to write postcards, there was a finite amount of space so people used ellipses to not have to finish the sentence. You see boomers now using ellipses.” Those ellipses might weird kids out, but it’s a learned sentence softener – similar to your average smiley face.

When younger people want to communicate that they’re chill, they don’t text “OK”. “OK can sound so aggressive,” says Daniel. “So you say ‘OK’ and thumbs up. That does a lot of heavy lifting.”

“I think underestimating emoji is never something one should do.”