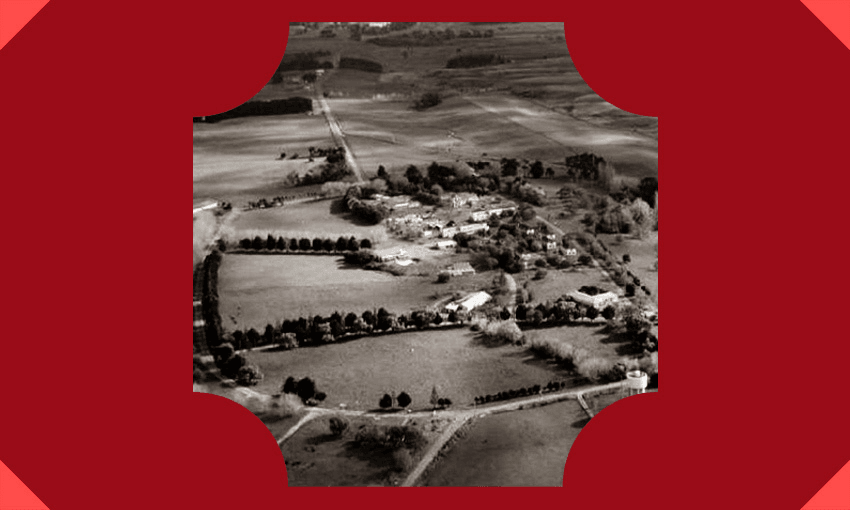 The system harmed tens of thousands of children. Maybe now they can start to heal

When assessing the newly released report into abuse in care, it’s important to remember the decades of failings that preceded it, writes Rosslyn Noonan.

The Royal Commission on Abuse in Care has produced a stunning, hard-hitting report on how to ensure a fair deal for those who were abused while in the care of the state and faith-based institutions.

To provide context, it tells survivors’ stories of the abuse that occurred when they were children, young people, or vulnerable adults. The facts are shocking, but the damage done to them then was compounded by those same government agencies and institutions years later when, as adults, the survivors sought information about what had happened to them and why; then asked for accountability and justice.

To grasp the full significance of this dense, detailed report, it is essential to remember how long it has taken and how difficult it has been to get to this point – some 45 years since the barbarous treatment at the Lake Alice Psychiatric Child and Youth Unit was first made public and almost as long since questions were first raised about the racism and lack of justice for young people facing charges in courts, and the abuse experienced in social welfare residences.

How often have we heard that New Zealand was one of the best places in the world to bring up children, especially in the 1950s, 1960s and into the 1970s? That claim hid a dirty and shameful secret. During those years when some of us were young and others of us had small children of our own, tens of thousands of the children who were taken into state care or placed in faith-based institutions were being abused in every conceivable way: physically, sexually, emotionally, psychologically, spiritually.

Children were taken into care because their parents had died or were ill and couldn’t cope with them; or because their families were violent and neglectful; or because their parents were pressured or persuaded that institutionalising a disabled child was the best thing for “everyone”; or because they had truanted  or simply because they were struggling to learn at school; or nicked something; or were socialising with their mates on a street corner. Māori children were most likely to be charged for very minor misdemeanours and more likely to be sentenced to some form of detention – borstal, the youth justice detention centre or the social welfare residences. Children who were orphans might well end up in a church orphanage.

In all these places and many more, including foster homes and psychopaedic institutions, instead of care and protection and nurturing they were too often abused and neglected. Most didn’t even get a basic education.

What is particularly relevant in the context of this report is that whenever evidence emerged of abuse, ill treatment and neglect, the response of government agencies and church authorities was pretty much the same. They denied there were any serious problems. At most they would occasionally acknowledge a “bad apple”, overlooking the reality that rarely was a perpetrator reported to the police. More often they were moved on, free to offend against another group of children.

When they could no longer deny what had happened and maintain any credibility, they minimised it, denigrating the adult survivors and smearing their advocates and lawyers. As the number of complainants coming forward grew in the late 1990s and early 2000s, they still maintained, with the exception of Lake Alice, that there were no systemic issues. When forced to put in place processes for dealing with complainants, both state and faith-based institutions relied on aggressive legal defence tactics. For the most part government agencies treated complainants as if they were lying, often kept from them official information and records that corroborated their experiences; offered minimal settlements; insisted on confidentiality agreements; and, in the few cases that went to court, used every legal technicality to defeat them, to which regrettably the judiciary colluded.

The royal commission’s report provides examples of this deplorable approach, drawing on evidence from survivors, and from state and church documents. They heard too how retraumatising and damaging survivors found the process of claiming for even the modest redress on offer.

By the late 2000s, it was clear that there could be no real justice for survivors of abuse in care, either from the multitude of processes each agency and church had established for themselves or from the courts. That was why the campaign grew from an independent inquiry to the establishment of the royal commission in 2018. Given the age and health of so many of the survivors, it was critical that the commission prioritise the development of a fair and just approach to redress.

Equally problematic was the failure of government agencies and the churches to acknowledge the systemic issues that had enabled abuse to take place. Only once the royal commission had begun public hearings were there half-hearted references to systems failures and entrenched institutional racism. Giving evidence during public hearings, most were unashamed to admit they had not reached out to ensure that those who had been abused were aware of the claims processes. There was no suggestion that senior officials who had developed the aggressive rejection strategy that further damaged survivors should be held to account for that or myriad other failings.

Perhaps most shocking of all, we heard in public testimony from the solicitor-general that in determining the “public interest” and the “state’s interest”, the protection and nurturing of children in their care was never considered and was never raised as a factor to be taken into account when advising government on how to proceed. Correcting the life-long damage experienced by survivors and taking steps to fully rehabilitate them apparently wasn’t a matter of public interest either.

So it is not surprising that He Purapura Ora, Māra Tipu: From Redress to Puretumu Torowhānui strongly recommends a fully independent, holistic redress system. The principles are established and the details of exactly how it will work are to be based on te ao Māori perspective, developed by Māori in cooperation with survivors, including Pacific and disabled survivors.

Public service minister Chris Hipkins released the report with a statement that the government had accepted the recommendations and provided a timeline for implementation. The implementation and operation of the innovative entity by mid-2023 will be challenging, not least because a number of the officials who were part of the strategy to deny, minimise, denigrate and resist are still in very senior positions in public service.

If we care about children today, we need to let our politicians know that nothing will change unless as a whole society we acknowledge the past, restore the mana of those abused and hold those responsible at the most senior levels accountable. This must be a whole of society cross-party commitment.