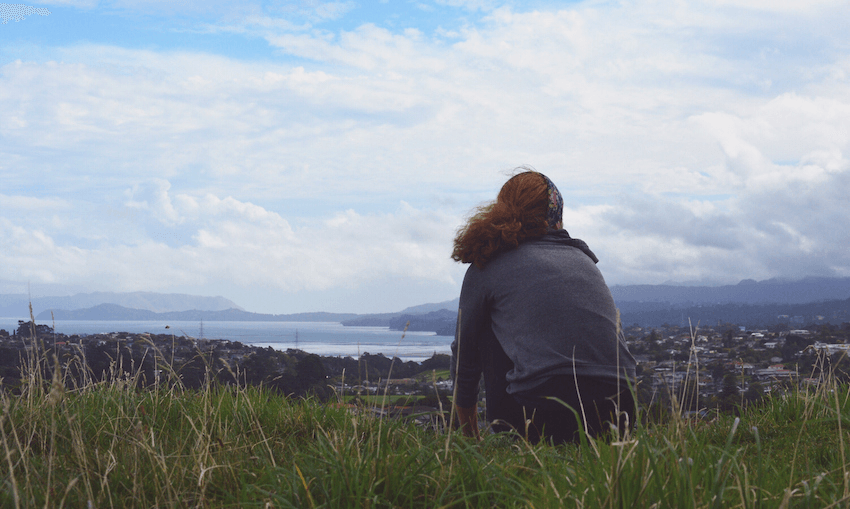 Following our report on the increasingly chaotic rental market in Wellington, one young government employee explains why she’s being forced to leave town.

As told to Don Rowe.

I have been living in Wellington since 2010 and I have been left homeless four times during my seven years here. Despite being a professional civil servant in my mid-twenties, things aren’t getting any easier for me. I have decided to jump ship and move to Dunedin after my lease runs out.

I’m fortunate enough that my mum lives here, but she also lives in a one bedroom flat. The last time I stayed it put major stress on our relationship. I was staying with friends as much as possible, sleeping in their beds and everything, but having to share space with people for unknown amounts of time is incredibly stressful for everybody. It was a huge source of anxiety for me in general.

Most of my friends have had to do the same; as soon as someone found a flat we all had to squeeze until someone else found their own place, but it took ages. I have one friend who couldn’t find a short-term rental so he’s sleeping in a roof. There are holes in the walls, every time it rains the place leaks, but the only time they hear from the landlord is when the rent is going up or, like recently, when the landlords decided they wanted to move in and fix it up.

At one stage I even had to call in a favour and move in with my ex-boyfriend. That was bad and I left after a week. But the alternative was living back with my mum which hard to reach from the CBD. I couldn’t go out, couldn’t go to parties, couldn’t do anything without somewhere to stay because it was so difficult to get back. I honestly just don’t think I could do another stint of living on a couch again, now that I’m nearly 26.

Last year I went to an uncountable amount of viewings, most of them during the day – meaning I had to take time off work to get there. My friends and I, all professionals in our late 20s, collated an extensive CV to take with us, knowing that the competition was stiff. We cottoned on pretty quickly that the rent advertised on websites was just a guideline. Some prices were updated within 30 minutes of being published, and offering higher bids became the new norm.

Landlords are actively participating in this auctioning because, and this is a quote, “it’s the way things are at the moment”. I can only imagine how difficult it must be for students to secure flats if professionals like me are struggling.

Many of the houses that my friends and I visited were not up to living standards. Landlords were expecting us to pay above and beyond what the place was worth for a poorly insulated, damp and dingy hole. One of my friends viewed a three bedroom flat in Mt Victoria where the so-called third bedroom was a gib wall in the centre of the room with no windows. Another was a feral flat where the entire floor was littered with trash, the carpets stained, basically unliveable. The landlord had obviously not checked in on the flat before the viewing but knew that people were so desperate that anyone would take it.

Even so, most of the places we went to had lines out the door. And most places we applied for never actually got back to us, so we were left in limbo, and we just had to assume after a week or so that it wasn’t going to happen. One place was listed as a two-bedroom house so we turned up to this dingy flat in Mt Victoria and one of the rooms was literally a wardrobe. It couldn’t fit a double bed, maybe a single, and that was it. No drawers or anything. We overheard some students who were also looking at it trying to psych themselves up that it was a good flat and we were just like ‘this is a joke’. The fact that students are expected to live in such holes is just crazy.

And that’s the disappointing thing. The flats are expensive but they’re also terribly kept. I’ve never lived in an insulated flat, whereas somewhere like Dunedin most houses are listed as having insulation and central heating and so on. I just wonder why Wellington doesn’t have the same standards.

I ended up spending over a month couch surfing before I locked in a flat. And it was because we offered our landlord more money, something like $50 extra per week, as it was starting to look like we would never find anything. The house was in great condition, a restored villa, and our landlord was kind, but in typical Wellington fashion there was very little insulation, no heat pump, no means of heating the place at all.

I recently found out our rent is going up another $15 per room, which means the house is almost $700 for a three bedroom place in the depths of Newtown. I feel I have no option but to leave. I’m earning a reasonable salary for my age, I’m university educated, but at the end of the week I am unable to put money towards things that my parents were able to in their twenties, like travelling or maybe buying a first home.

It’s frustrating that I can’t afford to go overseas even though it’s all I’ve wanted to do for such a long time. It’s incredibly frustrating that I can’t afford to do any of the cool things I thought I would have done with my life by now. When I saved for a short trip to America I did everything I could, including walking to work which is a full hour each way. I needed every cent for it to be possible, and so I couldn’t afford to spend $7 a day commuting.

When public servants can’t afford to live in Wellington it’s pretty fucked. My mum is a renter as well. She also works for the government and she said that she knows for a fact she’ll never be able to leave her flat because she’ll never find another one she can afford. Her house is tiny. It’s joined to three other flats. It’s not insulated. It’s freezing in winter. She’s 67. Things aren’t looking great for people.

I’m looking at flats in Dunedin at the moment. Most three bedroom houses are listed around the $330 mark, a far cry from what it looks like in Wellington at the moment. And what’s more the houses are more often than not insulated with a heat pump, double glazed windows, an HRV system. It’s no wonder places like Dunedin and Whanganui are looking more appealing to many of us approaching our 30s.

I’ll miss Wellington a lot. I’ll miss the food and the culture and the city. But in order for me to do anything I want to do, anything more than just survive, I need to live somewhere else. And basically everybody I’ve ever flatted with is leaving too.

If you’d like to get in touch with The Spinoff to confidentially talk about renting in Wellington, email don@thespinoff.co.nz