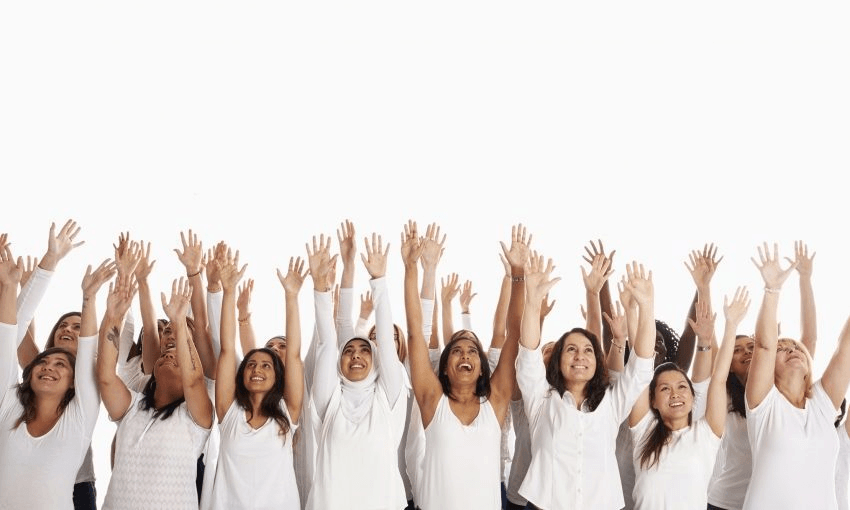 The ladies celebrate news that everything is totally fine

Confirmed: there is no toxic masculinity in New Zealand

The ladies celebrate news that everything is totally fine

Kirsty Johnston’s piece recounting an encounter with a creep in a pub has prompted an online response which leaves Morgan Tait happy to conclude that Johnston’s conclusion – that NZ has an issue with toxic masculinity – is 100% irrefutably wrong. Rejoice!

A New Zealand journalist wrote about a run-in with a man in a Dunedin pub this week, coming to the conclusion our country has a problem with toxic masculinity.

The article, by award-winning investigative journalist Kirsty Johnston, canvasses her mid-week catch-up with a friend. Kirsty and said friend have their catch-up interrupted by the well-dressed man when he offered to buy them drinks.

They politely declined, making an excuse about driving. But, when he saw them ordering another round later on, he abused them, put his face just centimetres from theirs – so upset, they say he shook with rage.

He yelled at them, and they gave him the fingers – and were too scared to walk to their cars they got a lift with another friend.

“This morning, I am fuming,” wrote Kirsty on Thursday. “I’m furious at being forced into the role of damsel in distress. I am seething that it’s 2018, and women are still suffering due to unbridled male entitlement.

“This is what is meant when we talk about toxic masculinity. Dominant behaviour that threatens women and promotes violence.

“It’s not flattering. It’s not cute. It’s not thrilling. I am not charmed. It’s not even a very good story. It’s the mundane reality of being a woman. And we are bored of it.

“Please just stop. Because we are so tired of having to have this fight.”

This piece was featured prominently on the New Zealand Herald‘s site, and also shared on the media giant’s Facebook page.

It was here, on the trusted social media platform of Facebook, where hundreds of New Zealanders took it upon themselves to disprove Kirsty’s hypothesis about so-called toxic masculinity existing in the land of the long white cloud.

So we’ve published a curated selection of this feedback to show how Kirsty got it oh-so-wrong, and there really is no toxic masculinity problem in Aotearoa.

Nothing to cause any alarm whatsoever.

Not even a little.