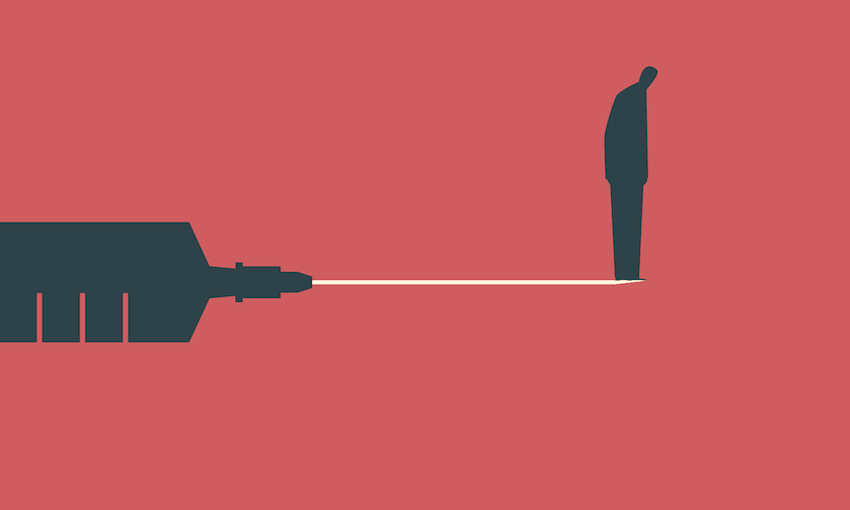 Uncertainty is an unavoidable part of healthcare at the edges of life, writes Colin Gavaghan of Yes for Compassion.

You’ve probably seen the adverts. Parents are taking their offspring to buy their first car. But the salespeople, instead of bigging up their products, are emphasising all of the ways in which their safety features aren’t up to scratch, and describing the sorts of grim outcomes that might result.

They’re by the NZTA, and their obvious point is to encourage people to consider the safety features before making a purchase. That seems like a reasonable idea; it makes sense to care about safety in the event of a crash, right?

Imagine, though, if all of those ads focused on one type of car. Imagine if they obsessed about how the side airbags or anti-lock brakes in, say, the Toyota Prius couldn’t be proven to be 100% safe. If they kept pointing to a few instances where Prius drivers were killed despite those features. And if they never mentioned any other type of car, even those which don’t have side airbags or anti-lock brakes at all, or which have lower safety ratings. (The Prius ranks very well in that regard.)

At a certain point, you’d start to wonder what was going on. Was their issue really about safety features at all? Or did the advert makers have some other issue with Toyota Priuses, or maybe with hybrid cars more generally?

That’s a bit like how I’ve been feeling about some of the “information” circulating around the End of Life Choice Act referendum. A lot of the recent focus from opponents has been on how we can’t be absolutely certain that the act will be safe. How it isn’t entirely “watertight.” Quite reasonably, people will wonder and worry about those sorts of claims. But how worrying are they?

I think we need to be honest and adult about this. Much as no car can ever be guaranteed to keep us 100% safe in a crash, it’s unlikely that any medical decision involving gravely ill people can ever be 100% “safe”. Their condition means that pretty much any choice will come with risks – not just of earlier death, but of increased suffering or misery, or diminished enjoyment of whatever time they have left.

What’s a lot more dubious is the idea that this is a unique or particular risk for assisted dying, that can only be addressed by banning it altogether.

The main risks that opponents have been pointing to seem to be:

I’m willing to concede both of these points. It probably is impossible to be perfectly certain about either of those things. But that’s not in any way particular to the EoLC Act.

In 25 years of medical law, I’ve come across cases where a man with schizophrenia refused amputation of a gangrenous leg; Jehovah’s Witness patients died after refusing blood transfusions for religious reasons; a paralysed Auckland woman chose to starve herself to death; another paralysed woman insisted on having her life support withdrawn, and went to court to enforce this; and a woman who had taken an overdose then refused dialysis even though it would likely restore her to good health.

That’s just a small selection of the cases that we hear about. For each of those, there will be dozens, hundreds of instances where doctors facing life-or-death choices had to make predictions or decisions about someone’s prognosis or capacity. We don’t know the precise figure, but a 2017 article in the British Journal of Anaesthesia claimed that treatment withdrawal decisions account for 60% of deaths in critical care.

If we were being honest, we’d have to admit that very few of those decisions were 100% certain or “watertight”.

When a doctor makes a call that a tumour or aneurism isn’t operable; that a patient isn’t suitable for dialysis or transplant; that aggressive treatment isn’t appropriate or that life support should be withdrawn from a patient with no chance of recovery – these are all judgment calls. We recognise that they could be mistaken. Maybe we would insist on a second opinion. Occasionally, patients or their families even challenge those decisions in court. But ultimately, we understand that uncertainty is, to an extent, an unavoidable part of healthcare at the edges of life.

When it comes to competence and coercion, we recognise that there’s no 100% perfect test. Maybe the Jehovah’s Witness patients were actually being pressured by their religious community. Possibly the paralysed patient is terrified of feeling like a burden. Is the cancer patient who says no to another round of chemo affected by depression? We trust doctors to be pretty good at spotting when that’s the case. We don’t, though, demand the impossible: perfect safety or “watertight” criteria. And we don’t try to prevent patients or their doctors making those decisions just because they might, just possibly, occasionally get them wrong.

The End of Life Choice Act has better safety features than any of those decisions. While we can refuse life-saving treatment even if it would restore us to perfect health, assisted dying will only be an option for those who are close to death already. Maybe doctors can’t always say with total accuracy that they’re within six months of death, but it’s a pretty major safeguard over and above those other life-ending choices.

To be eligible for assisted dying, a person will also have to be “in an advanced state of irreversible decline in physical capability” and “experience[ing] unbearable suffering”. Neither of which has to be true for the person who chooses to die rather than accept treatment. The treatment could offer to restore them to full health, and we would still recognise their right to say no to it, to die instead of accepting even a fairly routine intervention like a blood transfusion or a course of antibiotics.

Importantly, under the act, doctors are legally required to do their best to check that the decision is “free from pressure from any other person”, and to take no further action if pressure is suspected. Now we might hope that a good doctor will always be on the lookout for pressure, at least when patients are making critical decisions, but this is the only context where they’re required by legislation to do so. But if it’s truly impossible in this context, then we have to assume it’s impossible in all these other end-of-life choices too.

Everything you need to know about the 2020 assisted dying referendum

The act provides for the appointment of a registrar who will receive reports of all deaths under the act and provide an annual report of them to the minister. There’s no equivalent provision for deaths that result from treatment refusals or withdrawals, no way of knowing if the number is climbing or decreasing. Neither am I aware of anyone campaigning for us to start one.

And yet, despite those additional safeguards, opponents tell us we should be more frightened by this life-ending choice than by any of the others. Predicting life expectancy, determining capacity, guarding against pressure are all apparently achievable all the rest of the time, when patients refuse life-saving treatment or doctors withdraw life support. Somehow, though, we’re expected to believe that they’ll be impossible when people request assisted dying.

If I were to go around campaigning against Priuses on the grounds of safety, while still scooting about in our ancient Holden Barina (an alarming single star in the AA safety ratings), you might reasonably ask what was going on. You might start to suspect that safety wasn’t really my primary concern at all, that I had some other issue about cars that, for some reason, I was reluctant to talk about.

When opponents of the EoLC Act cite safety concerns about an act that has better safety features than what we already allow, I think it’s valid to wonder what’s really going on too. Why aren’t they equally, or more, concerned about those other choices? Is their concern really about “inadequate safeguards” at all, or is their opposition to all assisted dying, in any circumstances?

Sometimes we hear that active assisted dying is just different from ‘passively’ letting die. According to some philosophical and religious traditions, some acts are always impermissible, regardless of consequences. That’s a respectable position, even if it’s not one I personally share. By all means, put it to the New Zealand public and let them decide if they share it.

But fixating on the supposed risks of AD doesn’t ring true, not if they’re content that those very same risks can be managed in all those other end-of-life contexts, the ones without the extra safety features. It’s like trying to ban the Prius, while being happy to let us keep driving our old Barina.

Colin Gavaghan is a professor at the faculty of law, University of Otago, and a board member of Yes for Compassion.