Community leaders and politicians are crying foul over how Auckland Council runs the decision-making body that rules on liquor store licences, with some going as far to describe the process as an example of institutional racism.

“I just hoped we’d get a fair hearing.”

That’s what Arihia Stirling was thinking as she went into the district licensing committee (DLC) hearing for Thirsty Liquor’s application to renew their licence four months ago.

She’s the principal of Te Kura Māori o Nga Tapuwae, a full-immersion te reo Māori school in Māngere East, and she wanted to oppose the store’s ability to sell cheap booze right outside her school’s gates.

In preparation for her appearance, the required paperwork asked if she would like a translator, so she ticked the box and prepped four of her students to also share their experiences of how liquor was impacting the area.

However upon arrival at the hearing, things quickly dissolved following a short karakia and introduction by one of her students in te reo Māori, as it became apparent no translator had been organised.

“They were really annoyed that I wanted an interpreter, then they flipped it to make me feel guilty for asking for one, because it was going to cause the whole case to be held up. All of a sudden it became our fault,” she said.

When it was suggested they end the hearing and come back on another day, Stirling urged the panel to carry on in English. Her students had exams coming up and wouldn’t be able to return. The experience left a lasting impression on her and her students.

“Right from the start there was very much a master-servant approach by the panelists that were taking the hearing,” is how Stirling recalls it. “The issue around the interpreter just seemed like an opportunity to cancel or postpone the hearing and an opportunity to get rid of us.”

Nga Tapuwae year 13 student Hokowhitu Barnett and Jodeci Pereiha-Tipene, who’s in year 11, both presented at the hearing. They shared experiences of how liquor stores had impacted them and their families but were disappointed with how they were treated.

“My concern was the effect liquor has on families and I’ve seen what it does,” Barnett says. “I shared quite a personal story but it felt like they didn’t really care too much. In the end it felt like they’d made the decision three hours before we had said anything.”

Pereiha-Tipene said she was left feeling guilty for wanting to speak in her own language. “It was offensive and I was just annoyed that while we had to take time out from class to be there, they were annoyed at us even though they had mucked up,” she said.

Stirling has not only taught at the school for the last 30 years, but was also one of the school’s founding pupils in 1975 and has seen the harm alcohol has done to this area.

“How is it that one man’s living [the owner of the liquor store] is allowed to be the demise of a whole community?”

And it’s not the first time this error has happened.

In 2014, when objecting to a neighbouring store’s licence, the Māngere East Community Centre manager Hone Fowler and his mother Lyn Doherty requested a te reo Māori translator while they presented their objections. Because no translator was provided, Doherty translated the te reo Māori statements herself. He says it’s not just that his request was ignored, but the whole process seemed designed to make it difficult for the community’s concerns to be raised.

“I found the DLC process and people to be completely detached from the realities of communities that are experiencing the most harm from alcohol,” he said.

“I’ve seen community members voicing their concerns, being brought to tears, discredited, having solid evidence thrown out, and even told that the DLC hearing couldn’t accommodate a te reo Māori translator despite having a system that advertises this mechanism.” Hearings not user-friendly for locals

In 2015, Auckland Council conducted a review of the DLCs and a number of actions were recommended to make hearings more user-friendly for local communities. In a letter sent to Communities against Alcohol Harm’s Glenn McCutcheon in 2019, and shown to The Spinoff, council’s democracy services manager at that time, Marguerite Delbet, reiterated the commitment to making it easier for people to present their concerns, writing: “We have had discussions with the DLC chairs on ways to enable objectors to feel heard and they are adopting a more inclusive approach for members of the community to participate in hearings.”

However Communities Against Alcohol Harm secretary Grant Hewison, who has attended close to 40 DLC hearings over the last five years, says despite council’s sentiments, very little has changed.

“Council recognised in their review that DLC hearings were overly formal, overly litigious, overly unwelcoming for objectors and particularly for treaty partners and nothing has changed. Like many institutions in Aotearoa New Zealand, the lack of diversity in its make-up opens the DLC to criticisms of institutionalised racism.”

And it’s not just community objectors who are frustrated by the process.

A former DLC panelist, who did not wish to be named, says they chose not to stand for reelection after the last term given how difficult democracy services staff made their time as a panelist. They said council can do a lot more to ensure DLC hearings are more inclusive and accessible for the city’s diverse communities.

“The hearings are not user-friendly for our community. The act actually allows panelists to be open and friendly and not stick to rigid processes, but many of the chairs run it like an adversarial system. Nothing has changed since the review in 2015. At the end of the day it’s the same structures, and some of the same people. The power is there to change, but it’s not been implemented.”

They also raised the issue of DLC chairs not knowing basic concepts of law, like inquisitorial systems, precedence or independence of experts.

“In one hearing I asked questions about the independence of the expert, who was also the paid advocate for the applicant, but the chair tried to stop me asking questions. So some of these chairs, they don’t even seem to know the law.” 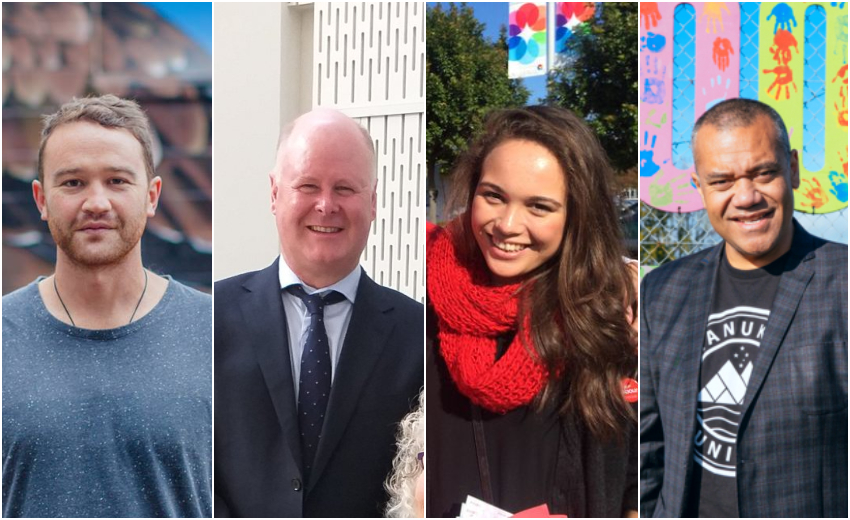 Manurewa is one area considered by some to be overrun with liquor stores. Its new electorate MP Arena Williams believes an iwi representative on every DLC panel would resolve some of the issues.

“Alcohol-related harm is something I heard a lot about during the campaign,” she said. “What I’m suggesting is that Auckland Council should consider having an iwi voice on all the DLC panels as that would give some community perspective from those who are most affected by the proliferation of alcohol outlets.”

“It’s definitely something we should consider,” he says. “Currently it is not an environment where people are enabled to speak genuinely from their heart and that’s completely counter to the purposes of the legislation to encourage community participation.”

Regarding not having a translator for the Thirsty Liquor hearing in July, council’s democracy and engagement manager Kenneth Aiolupotea provided this apology via one of council’s communications staff.

“Firstly, we would like to apologise again to the objector in this specific case. They had indicated they wanted to have a te reo translator, but a very simple human error meant we had not recorded this and arranged for it. For over a decade we have been making sure those wanting a te reo translator can have one, and in this case we made a mistake.”

In response to Hone Fowler’s claim that no interpreter was provided for his mother Lyn Doherty, a council spokesperson says its records can’t confirm whether or not Doherty requested an interpreter.

And the following statement was provided, related to questions about how user-friendly the hearings were:

“No system is perfect, which is why we always try to be flexible where at all possible, and within the resources we have. Where possible, DLC members who are generally from the area are appointed to the panel. We have changed our process over the last few years so that more people who object to proposals can now be heard. The DLC membership was refreshed on 1 July 2020 and the full list can be found here. There are 12 chairs/members and a quarter of those are from South Auckland. The refreshed pool of DLC chairs and members went through a rigorous recruitment process in the first half of 2020 which included new and existing candidates going through an interview process.”

Whether this current crop of DLC panelists can ensure a reduction in cheap booze being sold so readily throughout South Auckland remains to be seen. But if change doesn’t occur, Hone Fowler believes it will lead to deeper divides between South Auckland and the rest of Auckland.

“The process leads to outcomes that are racist,” he says. “Why would community members want to engage in a process that is so exclusive, harmful and puts alcohol industry profits ahead of the wellbeing of our most vulnerable communities?”

Please email justinlatif@thespinoff.co.nz if you have also experienced difficulties when presenting objections at district licensing committees.