A church in South Auckland has been the target of racist messages after becoming a location of interest, Justin Latif reports.

“God bless them.” That’s the response from a leader at the Assembly of God, Church of Samoa NZ in Māngere, following abusive messages sent to his church’s Facebook account.

One of the messages, which has circulated on social media, said: “GET A COVID TEST YOU STUPID COCONUTS BEFORE YOU KILL US ALL!”

Since the start of the pandemic, the Pacific community has the highest testing rate in the country, with 981 tests per 1000 people compared to 479 for Pākehā. The church leader, who did not wish to be named, said members were disappointed by the attack but they felt no need to retaliate, adding “they can say whatever, it changes nothing”.

“Our service happened before the lockdown so it’s not like we knew this was going to happen. We just had an unwanted visitor,” he said, referring to the undetected presence of Covid at the event. “We’re just getting on with it. We’re having meetings with MPs and making sure everyone is getting tested.”

Jerome Mika works for South Auckland NGO The Cause Collective, and is currently supporting church leaders. He said the church was feeling “pretty stressed and overwhelmed” after receiving multiple abusive messages while dealing with the complexities of tracing the movements of the more than 500 people who attended their service on August 15.

“It’s quite a complex situation. But the church is cooperating fully with the Ministry of Health, South Seas Health and The Cause Collective,” Mika said. 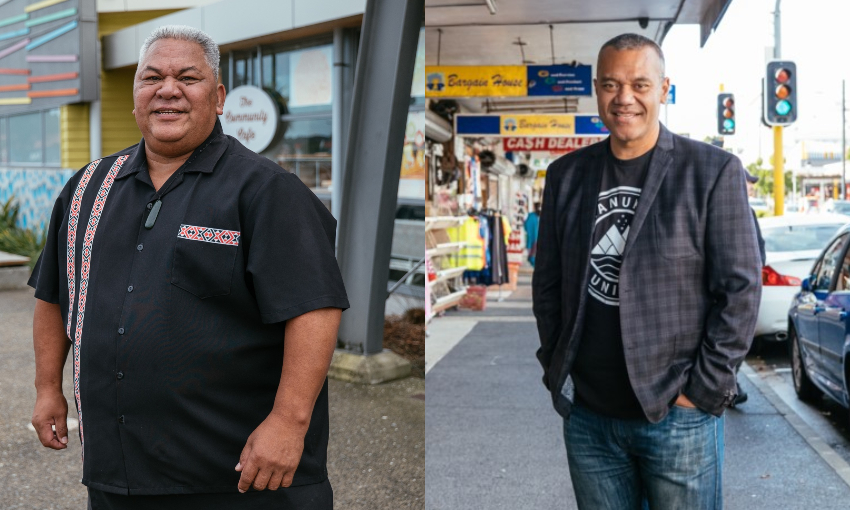 Manukau ward councillors Alf Filipaina and Fa’anana Efeso Collins have both been made aware of the attacks on their constituents. Collins said that given many Pacific people work in essential services as well customer-facing roles like bus driving and hospitality, it’s not a surprise they also make up so many of the positive cases, as mentioned by Dr Ashley Bloomfield yesterday.

“We are definitely playing our part in the fight against Covid and Pacific people also have the highest testing rates,” Collins said. “But unfortunately belligerent and distasteful comments now emerging on social media show the simmering underbelly of discrimination in New Zealand. So I’m encouraging people to stay clear of the comments sections in posts that license this ghastly behaviour.”

Filipaina said the term “coconut” in particular was deeply hurtful to himself and others within the Pacific community. “I was disgusted when I saw that. My first reaction was that guy should move to a state in the USA where the KKK are prominent, because that sort of comment is not welcome here.”

He said the media also had a role to play in how it frames the latest Covid news, given five of the other church-related locations of interest weren’t in South Auckland and their congregations’ ethnicities were not being highlighted in the news. “The media should be concentrating on getting the key messages out like ‘get tested’ and ‘get vaccinated’,” Filipaina said.

“They didn’t have to mention that it was a Samoan church. The media should just concentrate on the fact that it happened at a church without focusing on the ethnicity of those who go there.

“I also saw a news outlet showing an image of the incorrect church as having a case. So I don’t know why they continue to make those mistakes as it does affect people from those other churches.”

Among the reasons behind this recent spike in cases among the Pacific community, Auckland University associate professor of public health Dr Collin Tukuitonga said church services are the perfect setting for transmission, given the prevalence of singing and close proximity of attendees, before adding that low vaccination rates was another major reason.

“The appalling vaccination coverage rates that we have is one reason why we are seeing many, many more cases,” he said. “They did a big song and dance about that mass vaccination event a few weeks back, but I’ve always said that wasn’t going to work. Yes there were large numbers, but they were vaccinating low-priority groups and we had barely 1300 Pacific vaccinated out of 15,000.”

Meanwhile, the church that’s found itself at the centre of this outbreak is just getting on with it and, like all New Zealanders right now, was “just looking forward to getting out of lockdown”, said one of its leaders.

“Hopefully this all comes to an end soon and everything can go back to normal.”