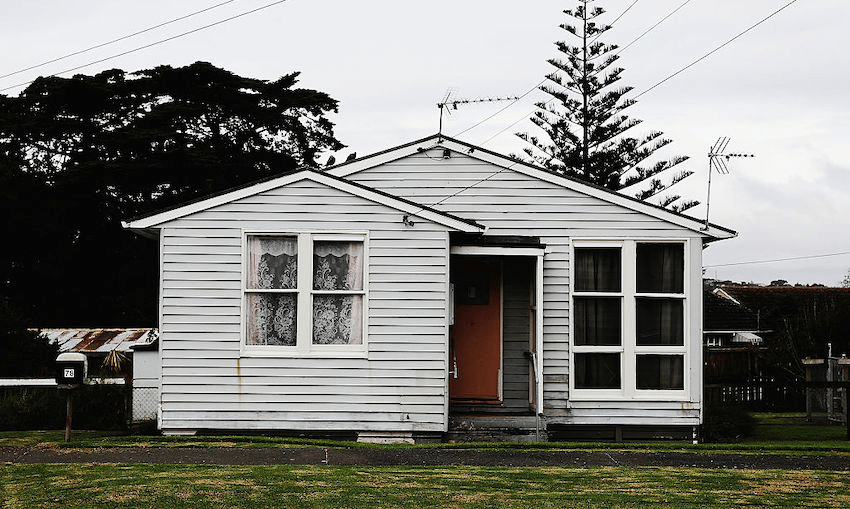 I was a landlord, and I hated the person it made me become

The landlord who wrote about her disgust at the industry’s ‘negligence and greed’ has sold her rental property. Here she explains why.

It’s been two and half years since my husband and I bought our below average rental in its unpopular town, dragged it into the 21st century with a few improvements, and sat back to watch time and other people pay for our modest retirement investment courtesy of 100% borrowed money. I read the NZ Herald so you can imagine my amazement that being a landlord didn’t instantly turn me into a complete and utter jerk; I was so amazed in fact, I knocked off a piece for The Spinoff about our experience.

Two weeks ago we sold up our mum and dad investment and went back to just being a mum and dad. We sold it because we could, because we were lucky enough to get in before the ‘brightline’ rules – so we were lucky to be able to get out as well – and because I prefer my mouth without that bad taste in it, to be honest.

Our rental came with a regular family living in it. They had kids and dogs and posted happy Facebook pics of parties and play dates in their (our) garden, paid their slightly under market rent on time and the days were golden and would absolutely last forever.

Until they suddenly moved on to better things last year, leaving us with the task of finding another nice family for the house. Determined to do it ‘right’, we jacked up the revolving credit and took time off work to clean the carpets, get an electrician to put in a fan, paint the bathroom ceiling and take down the gross curtains, swear about not finding more curtains to fit the budget, and put the damn gross curtains back up again. At the end of it, surveying our hard work, I was downcast. It was still a shitty old house with gross curtains. I felt bad about putting the rent up by a third but then did it anyway. That’s what landlords do.

We put up one (1) post on a local Facebook page advertising it (‘references please!’) and never dreamed we would get hundreds and hundreds of replies within a week. I spent every lunch hour at work horrified and overwhelmed at sorting and replying to the messages piling up; in the end I had just over 50 decent, solid applicants with references and the bond ready to go. These were families, not single people. From a town of about 6,000, that works out to about 200 people, texting me terrible stories of living in overcrowded or homeless situations; of being a whole family of five to one bedroom at aunties’ (‘they’re nice but it’s doing my head in’) or having two days left before the landlord kicked them out (‘I don’t know what we’ll do next’) or just plain begging. Please. Please let it be me. PLEASE. I’ll be an awesome tenant, you won’t regret it, I can’t live at mum’s anymore.

In the end twelve families came through, some tripping over the others in an effort to be on time, early even. Mostly women with kids, they were all polite, hushed, faces taut with trying to look like whatever it was we wanted but already resigned to disappointment. Everyone politely murmured yes, it’s lovely, it’s great, yes, yes when asked if they still wanted it. “Well you can’t be fussy these days can you,” sighed one in a moment of honesty. The last mum on the list told me she was living in a friend’s garage with her kids. She was almost silent as she slowly toured the tired rooms. She stopped in the kitchen. “There’s a stove,” she breathed. “A stove.” Her daughter nodded solemnly. They stared at that stove for a long time.

None of these stories are new or unusual in our country and neither is the epilogue: the perfectly decent working family with good references who rented the house and lasted three months before the rent abruptly stopped and the tenant said she was leaving. Now. We went around to the house to find the front door smashed in and Mum’s boyfriend gone. The kids sat on the couch and stared at the floor as she told us she needed to leave town before he came back again. She said there’s a protection order but they’re just a joke and we just stood there and nodded, mmm, I see, as if we saw anything. I hated myself but I said it anyway: “Well, you know we’ll have to keep your bond.”

On the way home we said “oh my god” to each other as if this is something new and unusual in this country.

We convinced ourselves the market has topped out and that it was time to sell. The house was empty and actually costing us money now, and I couldn’t face those desperate text messages again.

It took 24 hours for our real estate agent to have three offers on the table for us. One was for more than the asking price and it took us less than five minutes to sign the house away. It sold before it even appeared on Trade Me Property. The new owners were landlords as well, and we said good luck to them, and meant it. The disappointed bidders were first home buyers and a retired couple who couldn’t afford to offer us any more and we said bad luck to them, and meant it too.

We made 110% profit in two and a half years and once we pay back the bank we will have a new car, a holiday, and a lot left over. We put none of our own income into the property and ‘wrote it off’ against our personal taxes as well. It was all legal, and easy – like a joke really, or a game. And this story is nothing new or unusual in this country. It happens every day. It’s The Kiwi Way of Life, Simon Bridges said. If anyone ever tries to tell you they are not making money at this game, feel free to tell them they must be playing it horribly wrong. Landlords are making plenty of money out of this game.

I don’t think I’ll be tempted to play it again.