The Parrot Society of New Zealand has won a battle, but it hasn’t won the war. Three species have won a temporary reprieve, but Auckland Council’s pest management plan continues to roll out.

Last year, Auckland Council announced its 2020-2030 pest management plan and incurred the wrath of parrot and reptile lovers across the region. On the list of animals the council wanted phased out, starting from next year, were six species of parrot, five species of lizard, and two species of turtle.

After a long and expensive legal battle that ended up settling out of court, three species of parrot have now been exempted from the list – until 2025. Vice-president of the Parrot Society of New Zealand, Hayden Van Hooff, calls it a win. “We didn’t achieve what we wanted to achieve but we got as far as we could with the funds that we have, and fighting a Goliath like Auckland Regional Council.”

Eastern rosellas, galahs and sulphur-crested cockatoos will be allowed three more years until phase-out, but rainbow lorikeets, quaker parrots (also known as monk parrots), and Indian ringnecks are staring down the barrel of retirement. The 2022 phase-out plan means no more buying, breeding, selling or distribution of any kind. The birds will not be culled, but they will also not be replaced when they meet their natural end.

The pest management plan describes several species of animal as “sustained control pest animals” including the aforementioned parrots, lizard species including eastern water dragons and bearded dragons, and assorted turtles, ants, fish and geese. The three chosen parrots are the only species on the list to be exempted, and even then it’s only temporary. The council’s stance on these animals is clear: they have pest potential. Reptiles and birds, in particular, have long lifespans and, if released into the wild, could damage native habitats, spread disease, and compete with or even kill native species.

Auckland Council’s biosecurity principal adviser, Dr Imogen Bassett, said the pest management plan is taking a precautionary approach. “Most biosecurity issues are best responded to early,” she said. “Imagine if we could go back to 1858 and prevent possums from being introduced for the fur trade. We can’t do that, but we do have an opportunity to prevent new species becoming problems in the future.”

Bassett said the birds – in particular Indian ringneck parakeets and monk parakeets – have a history of becoming pests overseas, and Auckland Council doesn’t want to take that risk.

Van Hooff acknowledged that birds do occasionally get out. “But we’re talking ones and twos,” he said. Furthermore, he pointed out, at least one species on the list is already established in the wild. “Sulphur-crested cockatoos have had a population in New Zealand for well over a hundred years,” he said. “There’s even records of them being blown over from Australia.”

A lot of the Parrot Society’s ire, Van Hooff said, stems from the fact the bylaw was passed without consulting bird owners. “We were all blindsided,” he said. “There are people out there who’ve had their pets for 10 or 15 years. I do know a few people that are saying if they can’t get vet care, if they can’t breed them, they may end up moving [out of Auckland].”

He was set to move to Auckland from Taupō this month, but has decided to stay put. “I want to keep a few of these species and Auckland’s just not going to work,” he said. “I only have amazons, but I’ve kept and bred galahs, sulphur-crested cockatoos, quakers, rainbow lorikeets – everything on the list, basically. The species that they’re trying to ban are fairly common as pets and breeding birds.” 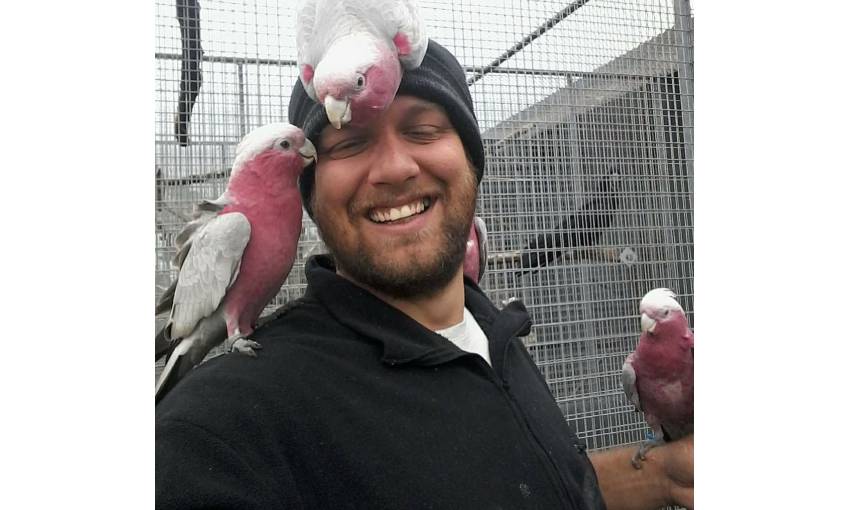 There has been concern from breeders that the ban on distribution means birds will need to get on a boat and do a circuit of the Hauraki Gulf just to get from Northland to the Waikato. “Technically they’re not even meant to drive through [Auckland],” said Van Hooff. “I’m not saying they’re going to have police checks for Indian ringnecks and rainbow lorikeets.”

The pest management plan doesn’t explicitly mention travel restrictions, at least to the vet. However, Van Hooff claims he got an email from the lawyer suggesting otherwise. “We actually received an email from the lawyer stating that the council was looking at, basically, throwing us a bone and potentially allowing people to take their birds to the vet. I was like, really? You’re talking about a humane issue.”

One Auckland-based exotic vet said rabbits were the most commonly seen “exotic”, but parrots and budgies were next on the list. The phase-out would certainly mean fewer patients for exotic vet care specialists.

When asked for clarification around vet access, Bassett confirmed the bylaw would not impact pre-existing exotic pet owners. “Pet owners will still be able to take pets to the vet when the new rules come into effect, however affected parrots and reptiles will need to be properly contained at all relevant times to prevent escape.”

For now, Van Hooff’s fight is over – although he remains sympathetic to the plight of reptile owners who haven’t seen any species exempt from the ban. “I’ve kept and bred reptiles as well, and it is a shame for that to happen but we’ve had no support from the reptile side of things. For us to try to get an exemption on those it would have been a whole other level of paperwork.”

“There’s not really much they can do unless they go down the same route and spend $180,000 on lawyers, which is what we’ve done.”