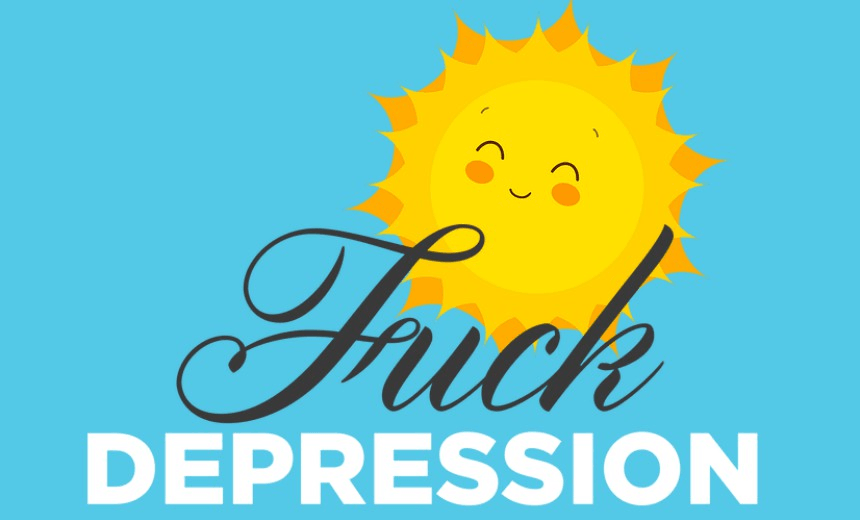 How depression saved my life

Jack Stack describes his battle with depression and why he decided to write a book with the least-marketable name possible.

When depression first hit, I was unprepared. I had never experienced anything remotely close to the isolation, joylessness, lack of motivation, and the sense of worthlessness that it brought. Over two long years it slowly dragged me through a psychological patch of thorns, tearing everything I loved away from me and leaving me broken, unemployed, homeless, and alone.

It also made me feel incredibly guilty. From my warped perspective, there was no real reason to justify feeling so worthless – I had a good childhood, a solid education, and friends. By contrast, a large number of people around the country continue to live with little food, in abusive relationships, and as the victims of growing inequality.

Yet, I – someone with seemingly nothing wrong in their life – had joined over half a million New Zealanders struggling with depression.

Racked with guilt and self-loathing, I struggled in silence, watching as my life spiralled downward. After a particularly bad day I quit my job, which plunged me into unemployment and crippling debt. I stopped spending time with my friends and family, I let my relationship fall apart and started drinking heavily – which made everything worse.

Even then, as control of my life slipped away, I was too afraid of being seen as ‘weak’ to ask for help – I clung to the illusion that life was good. This pervasive Kiwi attitude, which is especially common among young men, of wanting to seem masculine and not ‘weak’ is one of the biggest barriers to dealing with a lot of social issues.

It is also how I managed to hit rock bottom.

So, I wrote a list of things I needed to fix and worked out what was needed to be done to sort out every single issue. My physical health was less than ideal, so I found a free bodyweight exercise plan online and started eating healthy and training at home.

I stopped hanging around people who encouraged me to drink and “harden up” and instead invested time in my oldest friends, being honest about what I had experienced and asking for forgiveness. I turned off social media, put down my phone, and got outside. I made an appointment with my bank and explained the situation, they helped me to create a budget to manage my debt.

One by one, I crossed off every single problem – rediscovering happiness in the process.

Years have passed since that horrible period and I now have an amazing job, financial security, happiness, have travelled around the world, and, most importantly, am surrounded by great friends and family who forgave me for the stupid shit I said and did.

Depression dragged me through some of the lowest points of my life and almost to its end, but learning to manage it has taken me to some of my best moments. I can honestly say that due to making a number of life changes, life is better now than it ever was before the depression – it is exciting, happy, and worth living.

Depression is the greatest motivator I’ve ever had – it pushed the reset button on my life and the fear of falling back into that hole has helped me to create the life I wanted before I got sick.

Despite these improvements, I do have one regret: I wish I’d asked for help. If I had, I could have received advice from people who’d been in my position – or had experience dealing with depression – which would have helped me get out of my situation far faster.

Instead, I suffered out of stubbornness.

After the recent loss of yet another friend, I became angry – I was angry at them for not reaching out, but I was also angry at myself for not being open enough about my own experiences to encourage those conversations. Even after all these years, I still had not revealed my own struggle – something that could have helped a number of my friends. So I sat down and wrote an e-book.

Fuck Depression is the conversations I wish I’d had with the friends I’ve lost.

It is a collection of all the things that I have done, and continue to do, that have helped me get through some of the darkest days. It is an honest, crass, and humorous take on depression and it is completely backed up by science. It’s a vehicle to break down barriers in a way that young New Zealanders can relate to (which is why I settled on a title that has made it completely unmarketable).

It’s also completely free and easy to access, so people can share it without making a big deal about it.

Since releasing the book over a month ago it has been downloaded thousands of times by New Zealanders, completely by word of mouth and with absolutely no advertising. I have had an overwhelming response to the book and it has opened up numerous conversations with people I would never have suspected were suffering.

One in four people will be affected by a common mental illness, such as depression, in their lives. It can affect anyone, no matter their age, race, or gender. Depression is one of the most common treatable illnesses on earth, yet we often don’t realise how many of the people we know and love are affected.

We need to not only start talking about depression and break down the stigma, but we also need to talk about the ways it can be managed – so we can get back to kicking ass like a fucking champ.