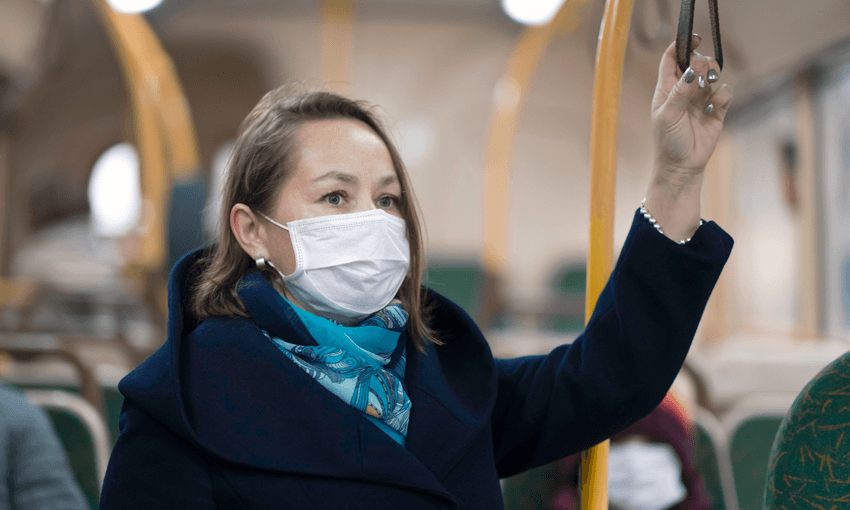 Face masks will be mandatory for public transport passengers from alert level two and up (Photo: Getty Images)

Face masks will be mandatory for public transport passengers from alert level two and up (Photo: Getty Images)

Will I get fined? Can I use a scarf? And what about on the school bus? All your questions about face masks on public transport, answered here.

When and where do I have to wear a mask exactly?

Health minister Chris Hipkins said this would now be the rule at alert level two and above.

According to Hipkins, “public transport” refers to trains, buses and ferries. In taxis or rideshares such as Uber, however, the driver will be required to wear a mask instead but that passengers will still be “encouraged” to wear some sort of face-covering.

Broadly speaking, this is a mandatory requirement. However, it only applies to people over the age of 12. There will also be certain exemptions for people with health or disability issues, and for “practicality reasons”. There will be other times when a mask won’t be required, such as if it’s in an emergency, or if people need to prove their identity or communicate with someone who’s deaf.

What about school buses?

School buses are also exempt from the new rules. However, Hipkins has previously said that secondary age students should still be wearing some sort of face-covering when heading to the classroom.

What happens if I refuse?

Then you better cough up (money, that is). From Monday, not wearing a mask on public transport will be punishable by a fine of up to $1,000 imposed by the courts, or a $300 infringement notice. However, the approach taken to penalties will be light. Hipkins said enforcement of the rules will begin with three Es: engagement, encouragement and education.

Hipkins admitted that not everyone will have their mask ready for the morning commute on Monday. “It will take time for people to adapt … but pretty quickly we will see face coverings become commonplace on public transport”.

He also acknowledged that New Zealand didn’t really have a “mask-wearing culture”, but said he wanted it to become more routine, a bit like how you buckle yourself in when getting into a car.

I can’t afford a mask, does this mean I can’t get the bus?

No! Any type of face covering is acceptable, Hipkins said, including scarves or bandanas. It’s also easy enough to make your own.

The government’s encouraging everyone to get “three or four washable masks each” and is also investigating the potential distribution of reusable masks to those most in need. In the meantime, another three million masks have been released today from the national stock. These will be distributed among iwi, social services groups and community foodbanks in centres and regions where there is public transport.