The recent hysteria over Smeg knives is far from the first time New Zealanders have lost their minds over a supermarket promo. Alex Casey reminisces.

This week, New World’s Smeg knife stamp-collecting scheme came to a close to rapturous applause. And when I say applause, I of course mean a horde of furious, feral New Zealanders clawing at supermarket doors nationwide to get their hands on the sharp, sharp knives that they feel they are owed. Sounds chill! There have been angry Facebook comments, two Commerce Commission complaints, and complete knife block sets selling for over $600.

In a phrase I never want to hear uttered again, Foodstuff’s Chris Quin has called this chapter “the summer of Smeg”. He may be right, but this is far from the first frenzied supermarket promotion to ever capture the nation. In recent years, the combination of Facebook swap groups, Trade Me rackets and media attention has created what can only be described as a behavioural shitshow that needs an urgent clean-up on aisle (every)one.

Here are all the ones I could think of, ranked by frenzy level. 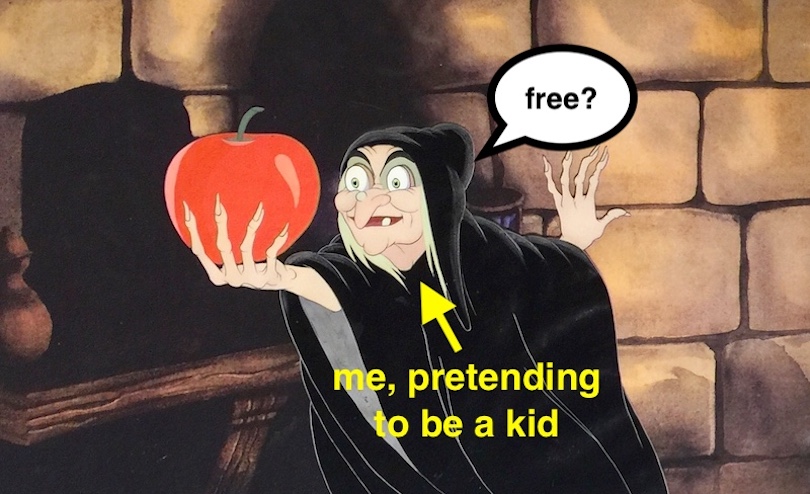 In 2015, Countdown announced that they would provide free fruit for kids in all 181 of their stores nationwide, intended to keep kids occupied while their parents did the shopping. What they made less clear at the time was their definition of the word “kid” because if you think I look young enough to ID me then surely I look young enough to have a free banana? I don’t know, I just think it’s funny and an interesting grey area. Don’t check my pockets. I have rights.

In the infamous words emblazoned on the outside of Auckland’s Queen’s Arcade, this is what happens when traditional values meet contemporary shopping. It’s probably the most useful freebie, but hardly going to incite any kind of ruckus. Put it this way, I don’t see anyone bowling over kids or crying at the till because they didn’t get their petrol discount thing on the back of the receipt. Frenzy level? Running on empty. Snooze. After selling over 2.7 million knives, glasses and cutlery to stamp-collecting Countdown customers in 2014, you’d think “The Naked Chef” would be able to afford clothes ha ha??

This one didn’t seem to drum up much of a media storm, but through these educational cards and videos hosted by “the bug man” I managed to learn that wētā have two small feelers on their bottom that measure speed, humidity and temperature. Now that’s a smart butt. I would still really like to know what the below thing is that is currently sitting in my bath, though, and until it is recognised and commodified by a major supermarket chain I shall NOT be touching it. 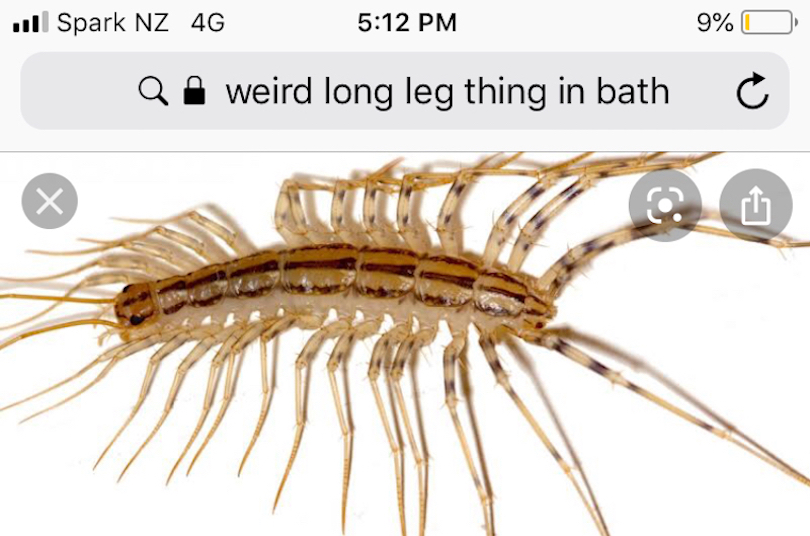 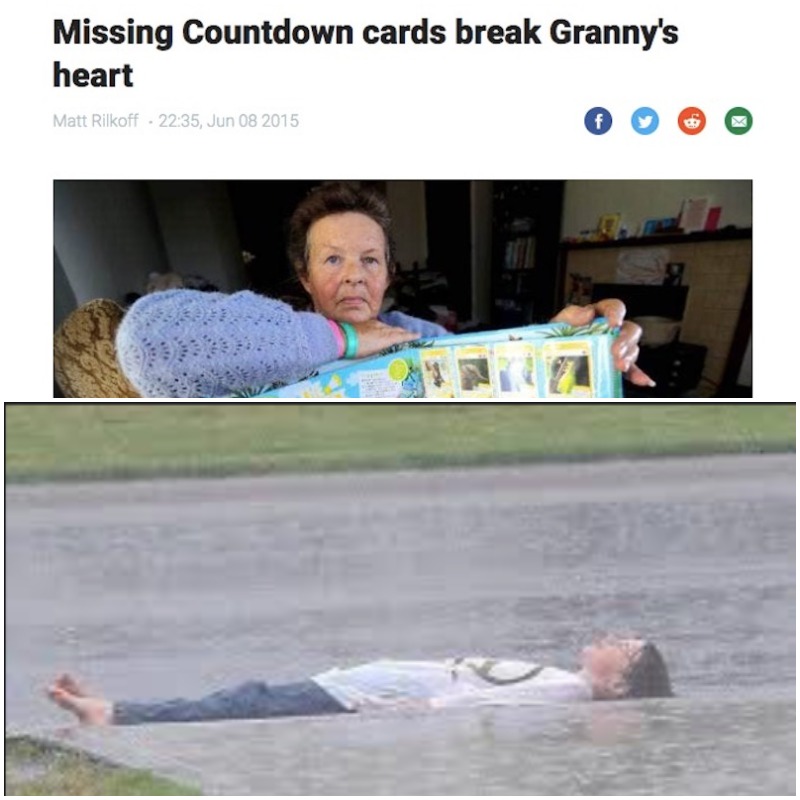 I don’t care that these cards made an animal noise when you swiped them through a plastic thing. The only sound I care about is the sound of the above granny’s heart breaking after someone stole the card collection she sent to her granddaughter. “Have you ever seen a little kid get the last card in a group and leap six feet in the air and go ‘yahoo’?” she asked Stuff. “That’s what I get out of it.” I may never smile again and I hope you don’t either, you monsters. In some wholesome coverage, this little guy in Auckland collected 56 complete sets of Star Wars cosmic shells to donate to children’s hospitals, and in New Plymouth people dressed up in character and gifted complete sets to the kids at Taranaki Base Hospital. Little frenzy here and mostly just extremely nice vibes. Is that “the force” in action? Don’t tell me. 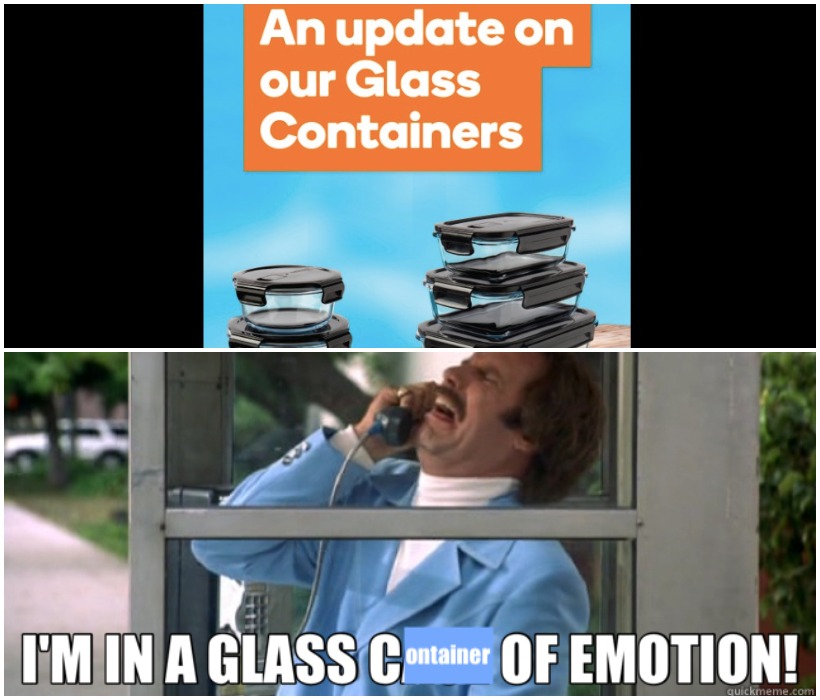 Another day, another mob of shoppers fuming because their supermarket has run out of their free promotional thing. I’ve always thought that people who owned glass containers really had their shit together, until I saw all the comments on the Countdown Facebook page of glass container enthusiasts completely losing each and every iota of said shit.

In 2016, every $20 you spent at Countdown bought you (aka your inner and/or outer child) a Disney character card featuring projectable frames of scenes from classic Disney films. And in keeping with classic Disney villainy, you had to buy the projector separately for $10, and if you wanted to store your slides in style there was a collector’s album for $8 or a tin for $4.

Then, and only then, were you allowed to make a giant bowl of popcorn and settle in with the fam for a lovely evening of staring at static Disney slides featuring “scenes such as giant teacups, seven dwarfs and lion cubs” in total silence. Look, I never managed to get a single one of these cards but I know what classic Disney frame I’d insist on showcasing: 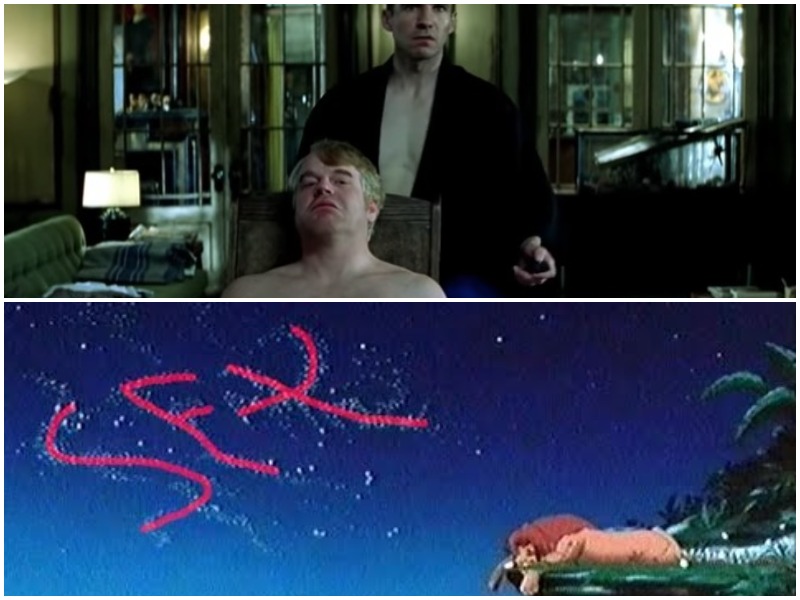 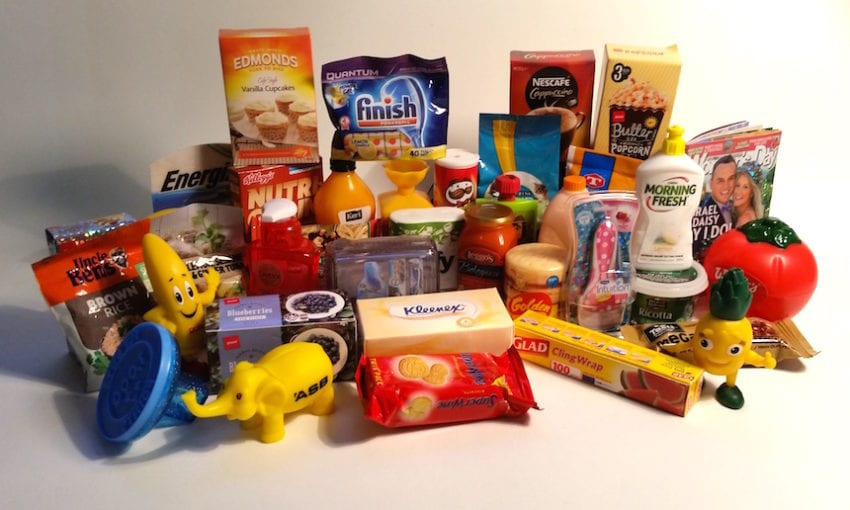 Everything I want to say about Little Shop I have regrettably said before. A disgustingly evil genius promotion full of tiny plastic pieces of shite that Sally Ridge can use to make lamps, dads can use to go viral and I can use to feel like a big, big girl in a small, small world. One star for the environment, five stars for tiny box tissues that smells like ALOE FUCKIN’ VERA. These little tiles featuring Disney characters and, you get it, words, created a fair share of hysteria in radio personalities nationwide. Dom Harvey was fizzing at the bung as he retold his experience of getting slipped a bonus tile from a clerk’s fanny pack, while Randell mused as to whether or not he should put his own child out on the street with a “collecting tiles sign”.

Another adult man, Jason Winstanley from Newstalk ZB, had spent nearly $9,000 collecting over 300 tiles but was still missing Mr Incredible. “One of my best mates at work, he’s got two boys and he has got two full sets but no Mr Incredible. Where is Mr Incredible?!” he asked The NZ Herald. Thankfully, a 12-year-old child came to the rescue to complete the man’s collection. Chaos reigned at the beginning of last year when New World ran out of some of their fancy-ass Spiegelau glass sets, driving the north vs south divide by offering a restock to the North Island and gift vouchers to the South. It wasn’t all bad news for southerners, though, with one Ashburton bloke taking home over 12 sets after spending around $8,000.

“I ended up with a great selection of glasses,” he said at the time. “If you played by the rules, and grabbed your glasses as you went along, you would be fine.” At the end of the day we can all agree that a Spiegelau in time saves neun, and that I know where I’m headed next time I’m in the South Island and need a long crystal tumbler to trap a spider against the wall.

These 2014 lenticular cards featuring the likes of Shrek, Kung Fu Panda and The Croods were banned at a Dunedin school as kids were using “standover tactics” and trades were often going “awry”. But it wasn’t just kids who became ensnared into the Haus of Ogre. “Our kids are grown up and I don’t even know why I bought the book,” Catherine Guyton told Stuff.

Whether she knew what she was doing or not, she certainly turned a tidy coin, selling the cards she collected for $121 and the empty book for $50. Now you can buy most of it for $1, and with the dust settled on these Dreamworks cards I want to confess that I didn’t know what lenticular meant and I had to Google it. 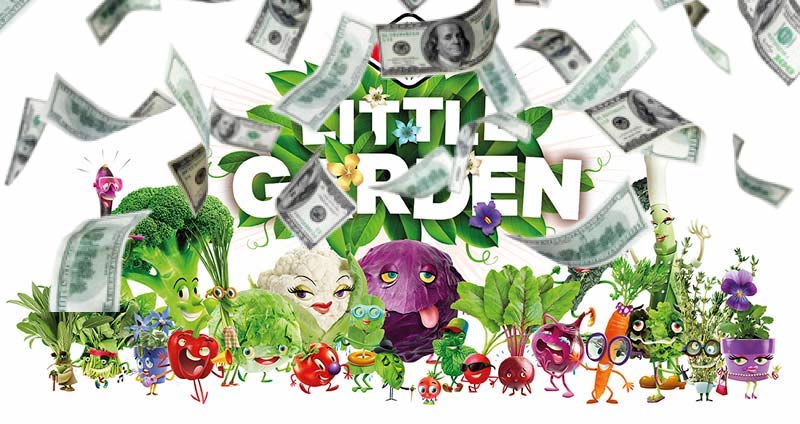 I was once a little drunk at a friend’s house and watched with awe as they unboxed their Little Garden and did the thing where the little dehydrated soil cake swells up with water. Reader, I wanted to eat that little soil cake very badly, so I can’t even imagine how badly I’d want to eat the anthropomorphised veg that it is capable of producing.

Despite appearing to be the most wholesome, environmentally friendly and educational promotion on the list, there remains a seedy industry underbelly to Little Garden. Mob bosses Carla Carrot and Solomon Sage are raking in megabucks on Trade Me, with a complete set selling for $115 in September of last year. Never trust a cauliflower that has eyelashes.

These Disney Dominoes, Dido for short, top the frenzy rankings on several counts. Firstly, they seem to be the only promotional supermarket junk that has already secured a place in Te Papa (do NOT tell Hayden Donnell). Secondly, these jolly little rectangles were absolutely EVERYWHERE at their popularity peak in 2015, with one anonymous parent claiming that they are “still pulling those fuckers out of the back of the couch” to this very day.

But thirdly, and most crucially, they made the whole country go absolutely flaming mad. Countdown-sanctioned swap meets saw “pushing, swearing and underhand tactics” as customers fought to complete their collections. In Mornington, Dunedin, a five-year-old girl was reportedly pushed over by a group of grown-ass adults. Another boy was pushed so hard by the frothing mob that his glasses nearly fell off.

“It was disgusting behaviour,” one punter said at the time. “Give me Remy the Rat or I will break both your legs,” said another. And to think, six years later and you can buy the complete set from the comfort of your couch for a mere $15. God defend our frenzied, freebie land.