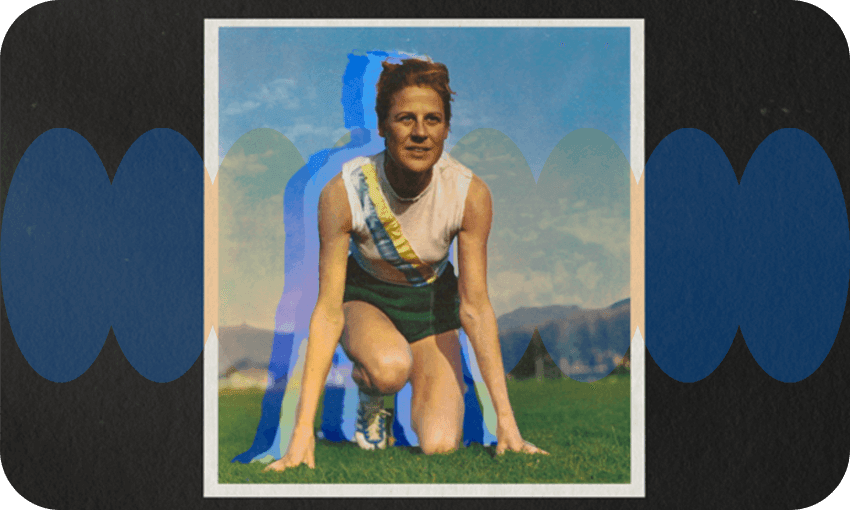 Marise Chamberlain made her mark on the track

In 1964, she made New Zealand track history. But her road to an Olympic medal was a bumpy one – literally.

As a child, Marise Chamberlain always won. The one time she didn’t, she remembers she cried and cried. When her parents asked what was wrong, she told them: “I didn’t win.”

Her father replied: “You have to learn that life isn’t always winning.” Years later, that advice would really be put to the test.

When Chamberlain started running at the senior level, she was an immediate success, winning a Canterbury championship in the 220 yards. She lost the next year, simply because she hadn’t done any training. She was on the verge of giving up, but then she saw a man on the field who had been watching the race: Valdy Briedis, a Latvian immigrant who it just so happened had competed in the decathlon at the 1936 Olympics.

Chamberlain asked him is he would coach her, and he he would be delighted to. An unconventional coach for the times, he got the young runner into weight training long before it was on trend, and when some coaches still believed it was wrong for female runners to do. A few years later, everyone was doing it.

He told her: “Give me four years and I’ll get you to the Olympics.”

When Chamberlain ran the 400m, she broke the world record. The next goal? The 800m.

Chamberlain didn’t have many of the advantages other runners had. She had nobody to compete against, so she had to compete against a stopwatch (although she would sometimes race against male competitive runners, and often win). This would eventually put her at a disadvantage when she was competing overseas, as she had little to no experience running with a pack and how to strategise throughout a race.

She also didn’t have a proper track to race on – she was racing on fields that were used for soccer, rugby and hockey, and even had to avoid cricket balls being hit in her direction. There were no lights, so she often trained in the dark, with the only solace being the Lyttelton trains lighting the field up every 20 minutes or so.

She didn’t have things like dieticians or mentors either – just coach Valdy. She paid for more or less everything herself: her travel costs, her physio, and any bills that might arise from the day-to-day grind of being a competitive runner.

Then, after all that, she wasn’t even selected for the Rome Olympics. The selection for the team was based on times without taking into account conditions – Chamberlain ran on grass, but many of her competitors would have run on a cinder track.

In 1964, after four more years of consistent training and constant improvement, Marise Chamberlain finally got her chance when she was selected to compete in the Tokyo Olympics. Despite having probably the least big-race experience of the 33 runners entered in the 800m, she qualified for the final looking like one of the favourites.

Early in the race, as the runners came together on the inside of the track, Chamberlain copped a stray elbow from one of her competitors. It could have taken her out of the race entirely, but, to her surprise, as she was falling, two of her British rivals suddenly lifted her up by her singlet and got her back on her feet.

By the 500 metre mark she had recovered enough to make a run for gold. But her lack of big race experience meant she made a mistake: she ran wide. She made it up to second, behind French runner Maryanne Dupureur, but realised she wouldn’t be able to catch up to her before the line. That’s when Ann Packer, who had sat second-to-last most of the race, shot past her.

Packer won the gold medal, Dupureur took the silver and Chamberlain the bronze. All three broke the previous world record.

That bronze remains the only medal won by a New Zealand woman on the Olympic track. There was just one problem for Chamberlain: it was the wrong colour. Her determination to win a gold medal drove her to delay her retirement for another two years to compete at the 1966 Commonwealth Games in Jamaica at the age of 30.

Chamberlain went into the games with an injured achilles tendon, which was only exacerbated when someone fell at the opening ceremony – wildly, the Commonwealth uniform for women in 1966 included high heels – and grabbed onto her. Though she was advised not to run in the final of the 880 yards, she ran anyway.

Her first lap went great. With 200 yards to go, she was comfortably out in front, and with 150 yards left to run she took off. But on the home stretch she changed her rhythm to go even faster, and came down hard on her injured achilles. It gave way, and she fell. The crowd went quiet. She picked herself up, and walked across the finishing line in sixth place.

If she had just kept running the way she always had – be it on grass in Canterbury or on the track in Tokyo – she would have won the gold by six yards.

Chamberlain was bitterly disappointed – not just for herself, but for Valdy. After she retired, he told her: “You’ve made your mark, girl. And they can’t take that away from you.”