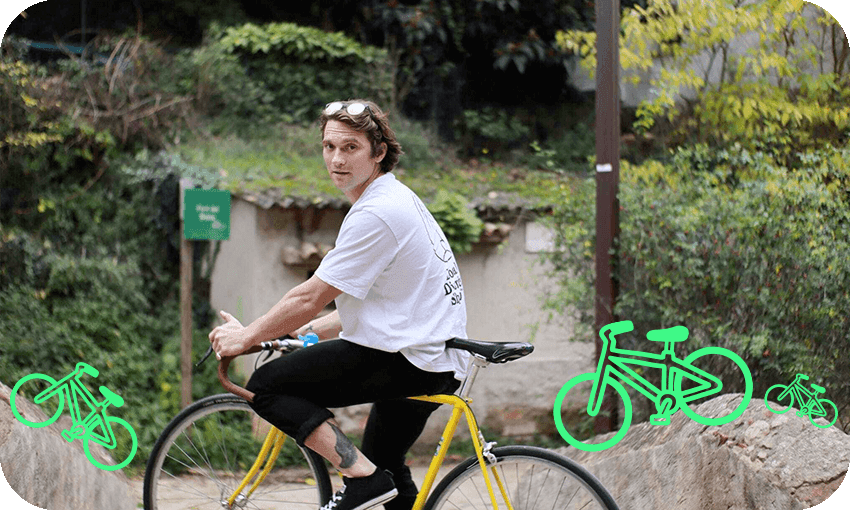 An early retirement from Cycling NZ

By Henry Rounce
Guest writer
Made possible by

In August 2021, Jordan Castle sold everything he owned. He was moving overseas and only needed one thing: a track bike.

Castle had been part of the Cycling New Zealand team for the past seven years as a sprinter who specialised in an event called the keirin. Most people will recognise it as the one where a motorcycle that looks like a Dominos delivery bike zooms around the velodrome, with up to six riders following closely behind.

The motorbike gradually increases its speed, and with about two-and-a-half laps to go, it swings off and everyone fights it out to be the first across the line. It’s frantic and physical, like rugby on bikes, and Castle is a former Oceania champion.

The 26-year-old has only known one path – around a velodrome – since he was a teenager. But in the middle of last year, that round track led to a crossroads. Castle had been training himself into the ground, without getting to compete in any races, as international events ground to a halt for the New Zealand team during the pandemic. At the same time, he’d been offered a fruitful contract for a brand-new keirin league in Japan.

Japan is the mecca of keirin. The event was developed there in 1948 for betting purposes and has spawned into a multi-billion-dollar industry. It’s a bucket list item for cyclists looking to make a buck.

Castle decided to go. It had always been a dream of his. It meant leaving behind the elite environment he’d surrounded himself in, riding away from his emotional support network, coaches, funding, everything.

He packed up his newly-purchased bike, and in August, headed to the airport. With the world spread out in front of him, he boarded the plane and found out his long-time friend and fellow cyclist Olivia Podmore had died in a suspected suicide.

“We’d had our fair share of friendly tiffs and spats, but when push came to shove, she was always there. Every video I have that cracks me up on my phone, Olivia’s doing something stupid in it or laughing in the background. She’s been there for a lot of the big moments,” he says.

Podmore was a talented track cyclist herself and competed at the Rio Olympics. Her death left Castle “pretty messed up” for the first six weeks of his new life overseas. He was away from his support network and strangely distanced from the reverberations that followed her passing in Aotearoa.

“It was really tough, but I used it almost as a challenge to myself. I thought if I’m here, I’m just going to live 110%; because I can, because I have the opportunity, because I wished Liv was there,” he says.

Looking forward, he wanted to say yes to everything that came his way. It was an extension of the freedom he felt after leaving Cycling New Zealand.

“The majority of my experience there was pretty good, there’s some great people on board and I wouldn’t be here today without them. But at the same time, I really struggled with how controlled we were. To leave and be like ‘everything’s on me now’, yeah it was daunting, but it was also liberating,” he says.

He left behind an organisation under intense scrutiny, with Cycling New Zealand the subject of an independent inquiry following Podmore’s death. In the months that followed, a crucial sponsor pulled out, and the chief executive, high performance director and sprint coach resigned.

Away from Cambridge though, Castle could now race wherever he liked, whenever he liked. There were events every weekend across Europe and he helped himself.

Just when he was getting up to speed, he hit another crossroads. His Japanese keirin deal, the main reason for his overseas trip, was cancelled due to Covid-19 complications. His income for the next eight months was gone. It was a “spanner in the works” that threatened to send him home.

Instead, he shifted to Palma in Spain with a friend who had also gotten stuck in Europe on his way to Japan. They set up their own training base: booking out track and gym time and creating their own programme. It was just the two of them, grinding and growing in the pursuit of their craft.

Without any funding, it wasn’t easy to survive. He started moving wedding furniture for a guy he met on the island, and the prize money from local races helped too. His loyal sponsor Treadlite in Cambridge had his back, while close friend and Tokyo Olympian Holly Edmondston set up a GoFundMe while he slept to keep him going.

His dedication was rewarded in November, when he was picked for the new UCI Track Champions League. It was track cycling’s attempt to modernise the sport: slashing the usual weekend of racing into consumable one-night events across Europe. Only a selection of elite riders were invited to take part in the glitzy five-round series, which thrummed with energy and played out under bright lights and swirling electronic music.

“I got to meet some of my heroes, I got to race against some of the fastest guys in history, every week for a month. It was just this amazing atmosphere of top-tier racing, but everyone was just so stoked to be there that you couldn’t help catch the buzz,” he says.

It was easy to get caught up in the hype. He staggered off his bike and collapsed from exhaustion after one race in London, stumbling around with the elegance of a new-born giraffe. The results didn’t go his way, but it didn’t matter, because he was having the time of his life.

As the Champions League flashed by, he started mapping his future. The Oceania Track Cycling Championships were coming up, along with the Commonwealth Games.

He’d been in touch with Cycling New Zealand about returning to the team. He wanted to find out what their selection policy was for the Games and how he might be able to fit in. He was after a list of boxes to tick, so he could go hunting for a pen.

They couldn’t give him a straight answer. Castle thinks it might have been because they didn’t have a high-performance director, or a head coach, or a CEO. Covid-19 had also destroyed any racing plans for the foreseeable future. Graciously, he doesn’t think it’s anyone’s fault.

“I had to sit back and think about my future. Did I want to essentially fight a system for the next three years, all for a big fat maybe because of Covid? Or did I want to be happy?” he says.

There was no one at home inspiring him to return, he couldn’t race in Japan, and moving overseas had opened his eyes to a life he didn’t know existed. Living and training by himself for the past eight weeks had given him plenty of time to think. In the end, he chose retirement.

His last race was in Portugal at the end of January. He tried to soak up as much as he could and spend time with the people who’d helped him out along the way. The sprint didn’t go so well, and he got knocked off in the keirin. As he’d done all trip though, he got back up and walked away with a smile on his face.

The track bike has now been sold, and he’s moving to Whistler in Canada. Before he picks up a snowboard, he wants to look back. His time in elite sport was often rocky, but he wants to acknowledge some of the people who helped him out at High Performance Sport and Cycling New Zealand.

“It wasn’t all great, you only have to read the newspaper to keep up to date with some of the shit that’s gone on, but there’s a lot of good and a lot of growth. There’s a lot of things I got to experience that no one else will, and for that, I’m super grateful,” he says.

As he leaves cycling behind, his message is one of hope.

“It doesn’t matter what sport you’re in, or what your situation is, if you really want it you can go and make it happen. My heart goes out to my team-mates back in New Zealand who have no real direction. If I could tell them anything, or if I could tell Liv anything, it would be you can create your own happiness, you can chase your dreams. It’s all doable.”