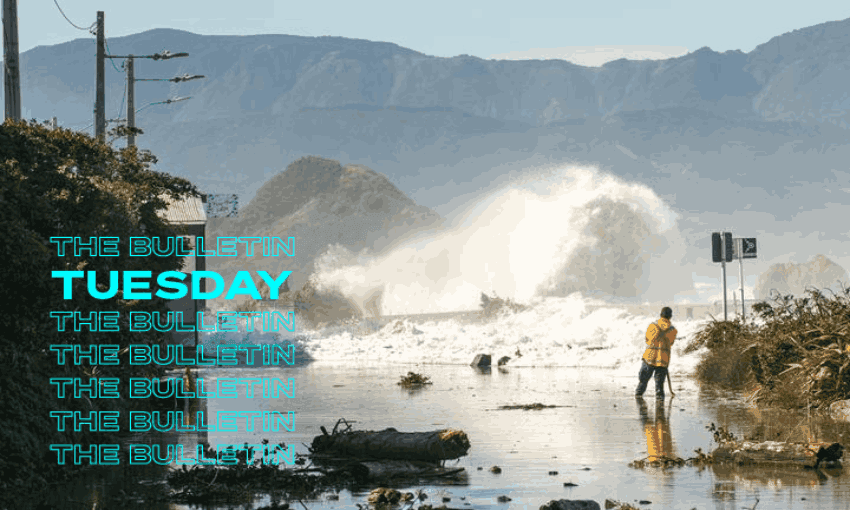 Sea level rise will occur much faster than we thought

NZ SeaRise, a five-year research project led by scientists at Victoria University of Wellington published a tool yesterday that allows you to see exactly which areas will be affected by sea level rises. The tool was accompanied by a report that told us sea levels are rising twice as fast as expected. In some places,​​ 30cm of sea level rise isn’t 40-50 years away, but 10-20. One of the report’s biggest findings is that we will be impacted by sea level rises because parts of the country are sinking.

The story led the 6pm bulletin on Newshub on Sunday night and maintained prominence across New Zealand news sites and bulletins throughout yesterday. “SeaRise NZ” was sitting at number one on Google’s daily search trend list for May 2 in New Zealand this morning. We’ve had plenty of stories about adverse weather events caused by climate change before but there is something powerful about being able to see how it will affect your own area or home. Before the new tool was launched the ODT published an editorial saying it was time to agree that climate change is actually happening and get on with doing something about it.

The site was very popular when it launched yesterday morning, but was having some problems yesterday. Project co-leader Tim Naish believed the site was the target of a cyber attack. Climate change editor Eloise Gibson and data journalist Felippe Rodrigues at Stuff have also used the data to build a great interactive map where you can see the impact of sea level rise at a regional level.

$17bn of property expected to be uninsurable in next few decades

Tom Logan, an assistant professor at the University of Canterbury, has taken a look at who might pay if your property is impacted by rising sea levels. Not the insurance companies, he says. Logan says “you’ll likely lose all private insurance once the chance [of coastal damage] rises to 5% which is now anticipated to be less than 25 years away”. Following the launch of the draft National Adaptation Plan last week, Insurance Council chief executive Tim Grafton said the risk of climate change is “a risk management problem that goes well beyond the role of insurance.” Consultation on that draft plan ends on June 3. Toby Manhire spoke to an Ōwhiro Bay local about what’s needed by those who may lose their homes.

Around the country, residents and officials are grappling with who and what central city areas are for.
By Anna Rawhiti-Connell
Bulletin editor
14th June, 2022

The National party has released their plan to deal with gangs. It's been criticised as unworkable and echoes a long history of tough on crime rhetoric from politicians.
By Anna Rawhiti-Connell
Bulletin editor
10th June, 2022