Good morning and welcome to The Bulletin. In today’s edition: Accusations fly over trans-Tasman bubble, Human Rights Commission calls for better March 15 support, and family to be deported after father stole to feed them.

Widespread agreement is forming that a trans-Tasman bubble would now be a good thing for the country – but how to get there is another matter entirely. The first part of this hasn’t always been the case – some of the outbreaks Australia had last year were seriously frightening, and if a bubble were in place could have caused similar problems here. But the pandemic is well in hand over the ditch now, and their vaccination programme has seen well over 100,000 people get a first dose. So what’s the hold up?

According to the NZ government, it almost got over the line last month before Australia pulled out. Covid-19 minister Chris Hipkins told parliament yesterday that Australia had changed some of their key terms, which Radio NZ reports has been blamed for setting back progress. The fact that such a setback couldn’t be overcome diplomatically is a worrying sign for the overall relationship, which as Stuff’s political editor (and Aussie politics expert) Luke Malpass writes is under heavy strain. This is not least because of the continued deportations being pushed by the Australian government, including a recent case of a 15 year old boy, and a note on this – contrary to earlier reports, that deportation did not take place under the ‘501’ programme.

The National party says the bubble should be opened now, and the economic damage from closed borders is the fault of the government. The NZ Herald reports Judith Collins has accused the government of “dragging their heels” on it, and that tourism towns like Queenstown are dying without international visitors. There are legitimate questions to be asked about that narrative and the economic model Queenstown previously ran, but it’s undeniable that many tourism businesses are now at the wall. Australian PM Scott Morrison took a dig last week at the NZ government, saying that if the government didn’t want Australian tourists spending money in Queenstown, “that’s a matter for them”.

It’s probably also important to remember that a trans-Tasman bubble isn’t purely an economic issue. Thousands of families will have been split as a result of the closed borders, with hundreds of thousands of New Zealanders living on the other side. And a year is a long time to go without having any prospect of seeing your loved ones.

Meanwhile, progress on a bubble with the Cook Islands continues. RNZ Pacific reported last week that progress was being made on that country’s contact tracing system – a “key element” in getting the bubble off the ground. PM Mark Brown is expected to arrive in New Zealand next week for discussions, despite currently facing fraud charges – a full rundown of which can be found on the Cook Islands News.

The Human Rights Commission has called for more support for the victims of the Christchurch mosque attacks. Radio NZ reports the call involves a specific compensation package, rather than trying to get through the ACC system, which doesn’t work for survivors of non-physical injuries. Minister Andrew Little said the government is not currently looking at this option.

A family is going to be deported because the father unlawfully accessed food vouchers, after his income halved during lockdown, reports Anna Loren for Stuff. Work visa holder and carpenter Jeffrey Santos claimed and used $1600 of food vouchers by using false addresses, having not been eligible for other forms of support. The presiding judge acknowledged the “difficult financial circumstances” the family found itself in, but also described it as “quite despicable”. If I may offer a personal opinion of my own on this offending, the carpenter’s actions to feed his family were admirable, and that the primary fault lies with the systems that didn’t make legally accessible support clearly available.

The Greens have this morning put out a package of measures they argue would gently bring down house prices, and give the market a ‘soft landing’ from the currently absurd levels of inflation. Stuff reports that would include stopping people from levering equity-only to buy new property, extending the ‘bright-line test’ indefinitely to create a capital gains tax by stealth, and an increase in fiscal stimulus (govt spending) to avoid all the economic work having to be done by monetary stimulus (the Reserve Bank.) It’s a shot across the bows of the Labour government, who will be releasing their own plan for the housing market next week.

Both National and Act want the auditor-general to investigate the deal that helped bring the impasse around Ihumātao to an end, reports Radio NZ. National finance spokesperson Michael Woodhouse raised particular questions about the way the deal was paid for, with money coming out of a fund for buying land for housing. “There is a troubling precedent at stake should ministers feel they can requisition funds for purposes well outside what Parliament ever intended,” he said. The Māori Party sees it differently – co-leader Debbie Ngarewa-Packer said the technical details of how the land was purchased is irrelevant, because the real issue is that stolen land is being returned.

A weird local government story from Wellington, that you may have missed if you blinked. GWRC chair Daran Ponter has both submitted and rapidly withdrawn an application to become the chief executive of the organisation, which as the NZ Herald’s (paywalled) Georgina Campbell reports was an unusual move, and would have been tricky to pull off. Ponter said the decision to withdraw his candidacy was his alone, and looked forward to continuing to serve as chair. Though because of this whole situation, Ponter won’t actually have a role in selecting who gets on the chief executive shortlist, despite being chair.

I had the great pleasure of going on the radio yesterday to talk about newsletters, and this newsletter in particular. Jesse Mulligan Afternoons got me in to give some tips to people who might be interested in writing a newsletter of your own, along with a bit of an explanation of what The Bulletin is all about, so if that sounds appealing have a listen. Also, if you know someone who isn’t currently a subscriber but might find it useful, please send them this link so they can find out more. 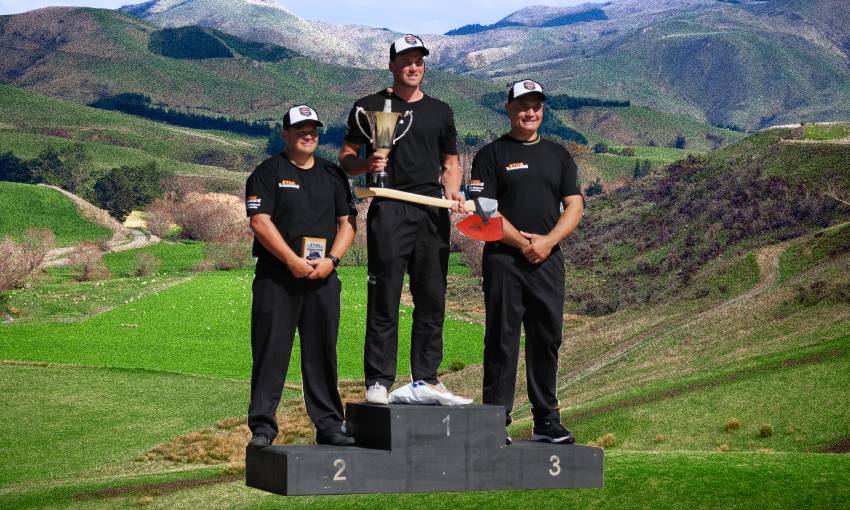 Right now on The Spinoff: Alice Webb-Liddall looks at two of the major small town Covid clusters, one year on. Josie Adams went to the Rural Games to meet the deadly serious practical athletes competing. Justin Latif reports on questions over Auckland Council’s climate change plan, and whether it protects the vulnerable. Justin Latif (again) reports on a plan to ditch library penalties to increase patronage. Oscar Paul from Critic investigates why Otago students now go by the nickname ‘breathers’. There’s a brand new episode of Gone By Lunchtime talking the fortnight in politics.

And today’s the day that our culture newsletter Rec Room comes out: It’ll include the final episode of this season of Scratched: Aotearoa’s Lost Sporting Legends, about Lee Ralph, a mythical figure in the skateboarding world who for a moment in the 1980s seemed destined to become one of the sport’s greats – but instead he disappeared. Scratched tracked him down to a farm in Taranaki to hear his incredible story. For more as well as other recommendations of things to watch, listen to, read or eat, subscribe to Rec Room now.

For a feature today, an amazing piece about the life and times of one of New Zealand’s most contradictory business leaders. Michael Andrew for The Spinoff has profiled Rob Campbell, a former union man who ended up at the top of SkyCity, which primarily makes money by profiting off gambling. Here’s an excerpt:

By this point in our conversation, it became clear that despite Rob Campbell’s truly valiant and sincere effort to balance both sides of his ideology, it was infinitely more complicated than simply adopting opposing principles. This was business after all – the rational and calculated world of commercial growth at odds with the zealous compassion that drives so many people to the left.

Whether or not this complex dichotomy had any bearing on Campbell, he didn’t say. But when he revealed his lifelong struggles with alcohol and depression, it was evident that that despite his wealth of experience and skill in the boardroom, he still struggles, like all of us, with questions of identity – and the ungainly dance between his two lives.

In sport, the punishment grinds on. Sorry, sorry, I know some people out there are enjoying the America’s Cup more than I am, so here’s what has happened: Emirates Team NZ came close to winning yesterday, getting to match-point in the series, before it was called off for the day due to uncooperative weather. There’ll be more chances for it to all end today, but in the meantime, you may enjoy this piece on the Sportsfreak blog which suggests TVNZ’s coverage of the event may have gone three sheets to the wind.