Several new community cases were announced in the Papatoetoe cluster yesterday, but at this stage the alert level appears to be staying at one. Our live updates has details of how the day unfolded. First a solitary new case was announced – a student at Papatoetoe High School who had not been at school since the outbreak last week. That person was a ‘casual plus contact’ of the original student to test positive, and had been advised to self-isolate.

However, later in the evening two siblings of that case also tested positive. The parents and a third older sibling have returned negative tests, and the family has been transferred to the Auckland quarantine facility, the ministry said. One of the subsequent cases has been working at Kmart in Botany on Friday 19 February and Saturday 20 February between 4pm and 10pm, and anyone who was in the store at those times is now also considered a ‘casual plus contact’. New locations of interest have been added to the ministry’s website. Papatoetoe High School remains closed, and the ministry is advising everyone in a school household to stay away from work or any other school, educational facility or community setting. Radio NZ reports exhausted community testing staff in South Auckland are now gearing up for another big push.

To give a sense of how suddenly the subsequent cases happened, Covid minister Chris Hipkins was on Newstalk ZB at 5pm, and said he had no knowledge of those subsequent cases, even when pressed on a rumour about them by host Heather du Plessis-Allan. However, wastewater testing is still indicating that there is no widespread outbreak in the area. It is expected that further updates will be given by ministers today.

The fallout from last week’s dramatic Wellington City Council meeting just keeps coming, and the NZ Herald’s Georgina Campbell is thoroughly here for it. The latest story is about deputy mayor Sarah Free, who is under pressure from Green party members after running on a Green ticket, and then voting against a tripling in the cycleway budget. Free did still vote for an increase in that budget generally, and said she was concerned that a larger increase would create “financial and deliverability risks” for the council.

Meanwhile, there have been some questions about whether commissioners might be brought in over Wellington Council – like what happened in Tauranga. Stuff’s Damien George reports it has been ruled out by minister Nanaia Mahuta. This is one of the issues that I’ve covered in a new piece this morning about the big issues facing local government right now, and my understanding is that despite a lot of people feeling like their councils are dysfunctional, it isn’t really being considered anywhere. The piece also looks at questions like funding, rates, water infrastructure and why so few bother voting in local elections.

New child poverty stats were released yesterday, but as had been flagged they did not really present a full picture of the current situation. Writing on The Spinoff, Janet McAllister from the Child Poverty Action Group writes about how except for a few small areas of success, the government is currently making no progress whatsoever – and many people are going backwards. More frustratingly, the piece outlines how the government has all the information it will ever need to start fixing the problems, and is choosing not to.

National is signalling a more oppositional approach on environmental issues this year. The party held their annual BlueGreens conference over the weekend, where those MPs in the party with a more environmental bent gather to plan and strategise. The Times-Age reports leader Judith Collins was at the Masterton event, and she argued that current government policy would hurt the economy. Further commentary on the event can be read on Politik, who wrote that Collins’ policy position “amounted to an extensive rejection of the Climate Change Commission’s proposed carbon budgets.”

Agriculture was a major aspect of this, and on this, here’s a massively important story for the sector that hasn’t been widely covered. Nigel Stirling at Farmers Weekly has reported on a proposal from the European Union to tax agricultural imports based on emissions – a situation that is being watched closely by farming groups here, especially as it could be used as something of a protectionist cudgel. Here’s a key quote: “Although a recent industry-commissioned study found NZ farmers to have the lowest carbon footprint of any milk producers in the world, the country’s overall emissions record is less flattering.”

A powerful report that exposes a scandal in how some migrant workers are exploited: Steve Kilgallon and Lucy Xia report for Stuff about Chinese migrants who are lured to New Zealand on the promise of high-paying construction jobs – often paying for the privilege to come here – and are then ripped off, only given casual day work and underpaid. They’re effectively trapped here by both legal means and circumstance, and many have little to no knowledge of New Zealand’s labour laws.

A story about failure to consult Māori having embarrassing consequences for local government: Ethan Griffiths from the Whanganui Chronicle reports Horizons RC has apologised to a local hapū after earthworks on Punakewhitu/Gentle Annie maunga sparked protests. The work was suspended last week when 120 people gathered at the site to protest, including Māori Party co-leader Debbie Ngarewa-Packer and local leader Ken Mair.

Fishing company Sanford will lose a $20 million vessel after illegally trawling in a protected area, reports Stuff. The charges the company pleaded guilty to related to multiple incidents. Sanford had opposed the forfeiture and claimed it was an accident, but the presiding judge said there was no reason to stop it, because of “a number of systemic failures that caused or contributed to the offending.” Sealord also lost a vessel last year for similar reasons – in a remarkable coincidence they too said the offending was accidental. Perhaps to prevent more of these accidents happening it would be wiser to ban the environmentally devastating technique of bottom trawling altogether. 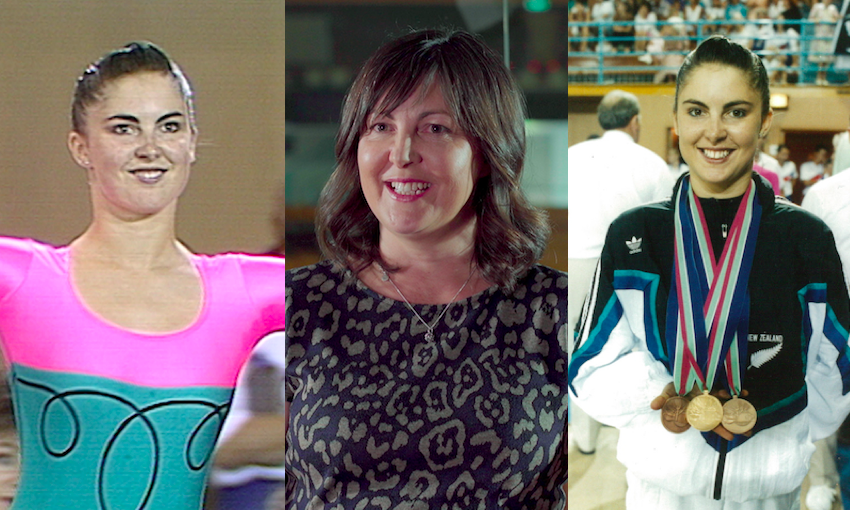 Right now on The Spinoff: Siouxsie Wiles & Toby Morris explain very usefully how the Pfizer vaccine for Covid-19 works. Duncan Greive reports on the Facebook vs the News standoff coming to an end in Australia, and what we can take away from the episode. Jihee Junn writes about a pair of tech entrepreneurs who relocated themselves and their app from Portland to Auckland. Charlotte Muru-Lanning speaks to Dr Will Flavell about the importance of non-Māori learning for the revitalisation of te reo. Ruby Clavey writes about the hidden work done by head boys and girls at schools, and whether its worth it. Sam Brooks reviews a harrowing new documentary about Woody Allen’s grooming and alleged assault of Dylan Farrow.

And some things to watch or listen to: There’s a brand new episode of Scratched, focusing on gymnast Angela Walker. She won gold at the 1990 Commonwealth Games, but for whatever reason didn’t really become a breakout star. And Gone By Lunchtime is back too – discussing MIQ, lockdowns, trans-Tasman relations, and more. The episode also includes a rare public appearance from reclusive political commentator Ben Thomas.

For a feature today, a sobering read on the nature of a wider economic system which basically relies on environmental degradation for profit. Writing on Newsroom, Dr Stephen Knight-Lenihan has outlined the way these systems work, and why that is what fundamentally needs to change if we’re going to get out of this mess. Here’s an excerpt:

Broadly, businesses have evolved in the context of supply chains that have not included the full ecological costs of production. Further, the economic system now relies on ecological degradation to continue doing business.

Individual businesses may want to reduce or avoid their environmental impact, and even contribute to making the environment healthier, but the global system they operate in makes this difficult. For example, every widget might include the cost of avoided pollution, or contribution to ecological restoration. But such responses currently only reduce the scale of harm, that is, making things less bad.

A further example comes from the post-2020 General Election briefings to incoming ministers (BIMs) for transport and tourism. These in part reflect the political and economic reality of a post-Covid-19 recovery rather than a need to minimise emissions. Yet transport and tourism contribute significantly to greenhouse gases. Electric vehicles will help, but the issue is the evolution of businesses benefitting from, and now dependent on, infrastructure predicated on cheap carbon. Fundamentally our economy relies on emissions.

England have absolutely crushed the White Ferns in the first ODI, in an ominous sign for the rest of the tour. There were a few good New Zealand performances, particularly from less heralded players. Hayley Jensen and debutant Brooke Halliday both scored 50s, and all the bowlers generally sent it down better than their figures would suggest. But England were just far too strong, with Tammy Beaumont and Heather Knight in particular making the case all too easy. The series moves to Dunedin on Friday, where the White Ferns will be hoping to snap a losing streak of 10 ODIs. Meanwhile in news tangentially related to cricket, I can tease (but not yet fully share) something very exciting from us at The Spinoff – watch this space.