Good morning and welcome to The Bulletin. In today’s edition: Risks of another Covid outbreak appear to be rising, Waikato DHB hack attack now biggest in NZ’s history, and OCR kept steady with future rises forecast.

We’ve all fallen off the wagon here, but it might be time to start taking preventative measures against Covid more seriously. A couple of pieces have highlighted how real the risk still is for New Zealand, with experts warning that winter could bring fresh outbreaks. Newsroom’s Marc Daalder has wrapped up a few recent international examples of elimination strategies collapsing, which have some similarities with New Zealand’s situation – except in some cases for the island borders. And as Stuff’s Bridie Witton reports, experts are warning that it could happen here too.

The trans-Tasman bubble presents an obvious risk, even if that risk is relatively low. There is deep concern over there about the Melbourne outbreak – writing in The Age, epidemiologist Hassan Vally said the next 24 hours will be critically important to understanding whether the spread is merely concerning, or potentially catastrophic. While a lockdown hasn’t happened yet, “we must prepare for the possible reintroduction of the type of restrictions we thought were long behind us,” writes Vally. Radio NZ reports that 10,000 people have flown in from Melbourne since May 11.

And if there was to be an outbreak, it might be a long while before contact tracers could complete their work. Scanning rates on the official government app have fallen off a cliff, and anecdotally speaking from being out and about, nobody is bothering to write their details on the paper forms that are also offered. Stuff’s Hannah Martin reports just over one in ten people were scanning daily two weeks ago, and it’s difficult to see any reason why that would have improved since. Speaking of the Covid app, there were some excellent pieces to mark a year of use: Dr Andrew Chen wrote about what had been learned and whether it represented some missed opportunities on Newsroom, and Henry Burrell of Business Desk analysed a year’s worth of scanning data.

Meanwhile, the vaccine rollout timeline has been clarified – or delayed, depending on whose word you take. Justin Giovannetti filed a report to our live updates which sorts out exactly what is now expected. It’ll be the end of July before the majority of New Zealanders can roll their sleeves up for the jab.

The hack attack on the Waikato DHB is now considered to be the largest cyberattack in the country’s history, reports the NZ Herald. In fact, it’s so serious that it has been escalated up to the Officials’ Committee for Domestic and External Security Co-ordination (I hadn’t heard of them before now either) who held an urgent response meeting yesterday afternoon. Medical records have apparently been leaked to media organisations, who say they will not publish details from them, but it shows the access the hackers have managed to gain. Meanwhile, the Volunteer Service Abroad organisation say they too have just been hit by a ransom attack, reports Radio NZ.

The official cash rate has been left unchanged, but the Reserve Bank is now forecasting a rise in rates in the middle of next year. Interest reports the guidance is seen as an acknowledgement that the OCR can’t remain at “emergency levels” of 0.25% for too long. Of course, we’re still in the midst of some fairly unprecedented economic conditions, so who knows how it’ll all look in 2022.

The slow decline of the Queen’s Rise “laneway-style dining destination” in Auckland is one of those business stories that is hard to cover. Because there wasn’t any sort of major event (things were going wrong well before Covid) that destroyed everything – it’s just a story of struggling businesses being squeezed hard on commercial leases. Our food editor Alice Neville has done an excellent job of tracing the story back, and updating how few outlets in the mall have survived.

Tauranga City Council has been given a serve by the auditor general over a failed carpark building project, reports the BOP Times. Having already spent $19 million, the half-built car park was abandoned last year due to seismic issues. The AG found significant issues with the procurement process in particular.

In an example of how the disruption of extraordinarily complicated supply chains can have ripple effects everywhere else, there’s a shortage of cars for sale in New Zealand right now. Radio NZ’s Phil Pennington reports this is largely because of a shortage of semiconductors – computer chips used in all sorts of products. At the same time, demand for cars is higher than pre-pandemic levels. CNBC had a piece a few months ago about what is causing the semiconductor shortages, and it’s a story of both high unmet demand, and the ripple effects of US trade policy.

Invercargill mayor Sir Tim Shadbolt’s driving licence is suspended, but nobody seems quite sure why. This editorial from the Southland Times – who have pursued the story for a while now – calls on the mayor to explain the situation. Their argument that it is in the public interest to know is based on the fact that until relatively recently, he was driving a publicly funded mayoral car. 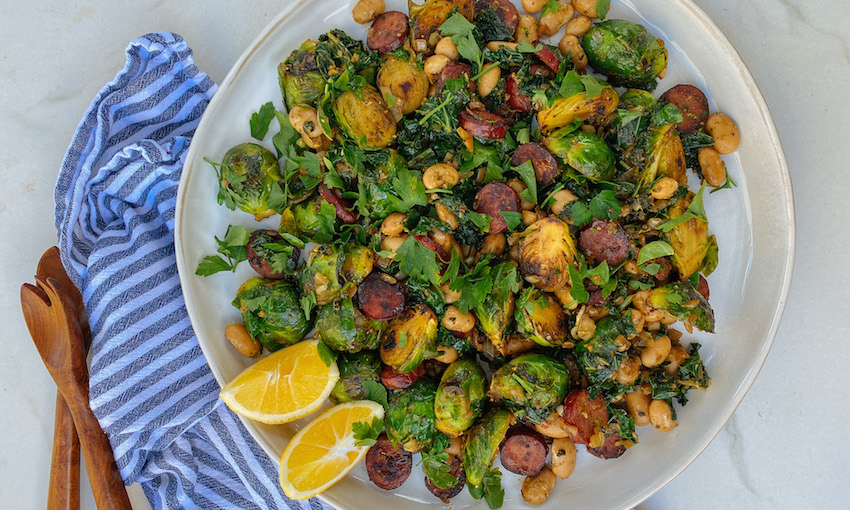 Right now on The Spinoff: Michael Andrew covers a new report from the Productivity Commission that outlines five reasons why New Zealand’s productivity lags. Michael Andrew again (busy man) writes about a homegrown company that is dominating the electric motorbike market, and is increasingly popular with farmers. Leonie Hayden reports on Labour’s Māori MP efforts to sell the budget to Māori organisations on the ground. Alice Webb-Liddall writes about the downtown revitalisation of Auckland. And we publish recipes regularly, and this one I reckon I’ll be making for my flatmates when I get back into Auckland – smoked chorizo and burnt brussels sprouts.

For a feature today, some surprisingly thoughtful insights about consequences, from someone who is not exactly renowned for thinking about that. GQ has profiled ageing stuntman Johnny Knoxville, who was launched to fame by injuring himself in compelling but idiotic ways on the show Jackass. From a personal interest perspective, it also draws out some of the fascinating pop-culture themes of the 00s that don’t often get examined too closely. Here’s an excerpt:

At one point—Knoxville thinks it was while he was filming 2005’s The Dukes of Hazzard—he found himself in a hotel room in New Orleans with Thompson, as well as Sean Penn, Jude Law, and Sienna Miller. They were taking turns reading from Thompson’s The Curse of Lono, and Knoxville was, as he said, “well into his cups.”

“It was late and I didn’t want to read, because I was so well oiled, you know? But everyone got their turn,” he said. “I remember Hunter reaching in his medical bag, his doctor’s bag, and throwing me a big bottle of pills. And I just took the cap off and I ate a couple, and I didn’t look at the label and I was like, ‘Vicodin?’ ” Knoxville aced his blind taste test; Thompson was impressed.

His first marriage ended. A new relationship with an old friend straightened him out. “I realized that I can’t live like I was and be with Naomi,” he said. “I wanted to become a better man for her. At first. Then it was for myself too.” He started seeing a therapist. There were limits: He told her he wasn’t interested in exploring the part of him that wanted to do stunts. “I know that needs looking at,” he said. “But I didn’t want to break the machine.”

Talks on the Silver Lake saga will begin again today, reports Liam Napier for the (paywalled) NZ Herald. The standoff between NZ Rugby and Players Association shows little signs of easing, particularly since the NZRPA lobbed the possibility of an alternative proposal into the argument a few weeks ago. Incidentally, NZ Rugby is about to elect a new chair, and while they’re unlikely to be directly involved in the bargaining, there is some hope that whoever gets the job might be able to start mending frayed relationships.

And yes, you guessed it, I’m going to have to mention the Phoenix again. Their season remains alive after an astonishingly good defensive performance in the second half, holding back wave after wave from the Western Sydney Wanderers for a 2-1 win. From here, it’s on to Eden Park this Sunday against Perth Glory. It’s another must-win, and ticket sales are already very strong, which suggests it’ll be a huge occasion.