It’s been a long time between snacks, but The Great Kiwi Bake Off is back and tastier than ever. Tara Ward takes a first look at this year’s batch of contestants.

Good things come to those who wait, so it’s an absolute delight to welcome back a new season of The Great Kiwi Bake Off. A fresh bunch of home bakers are ready to battle it out in the GBKO tent, competing to become New Zealand’s best home baker by showcasing their spongiest balls, soggiest bottoms and driest nuts. On GKBO, the only mask you need is mascarpone and mixing is definitely allowed. It’s wholesome, it’s delicious, it’s extremely heartwarming. This is comfort television at its finest, just when we need it the most. 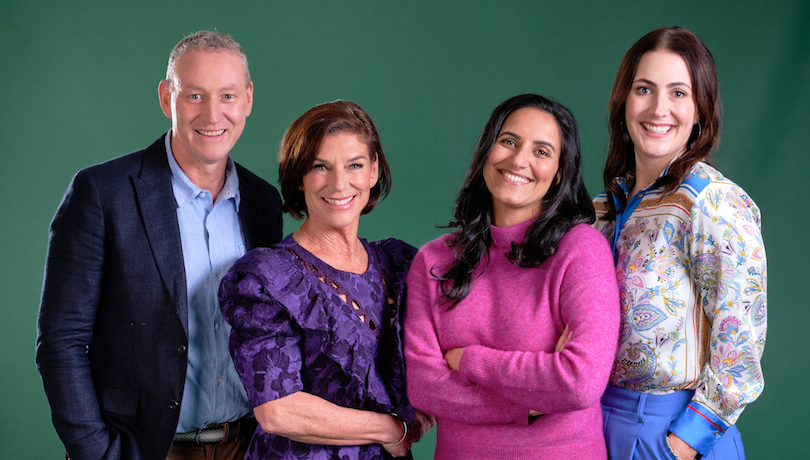 Season three kicks off on Thursday 14 October, with Madeleine Sami and Hayley Sproull returning as hosts and judges Sue Fleischl and Dean Brettschneider back to scrutinise the scones and deliberate over the desserts. The 10 amateur bakers are ready to rise to the challenge, so we’ve scoured the GKBO press kit and scraped the sticky bowl of the contestants’ social media to discover what tasty treats are in store. Digital marketing manager Hamish is no stranger to reality TV, having already competed on New Zealand’s Hottest Home Baker and starred alongside Chris Parker in a My Kitchen Rules NZ reaction series. Baking on the telly isn’t Hamish’s only dream; he has a long term goal of launching a mail-order baking business where boxes of delicious treats magically arrive at your door. Sounds like a recipe… for success.

What’s baking: You can’t beat a big chunk of lolly cake and Hamish is all over it in his Instagram stories. After all, who doesn’t love a log? Even the fruit puffs are smiling. 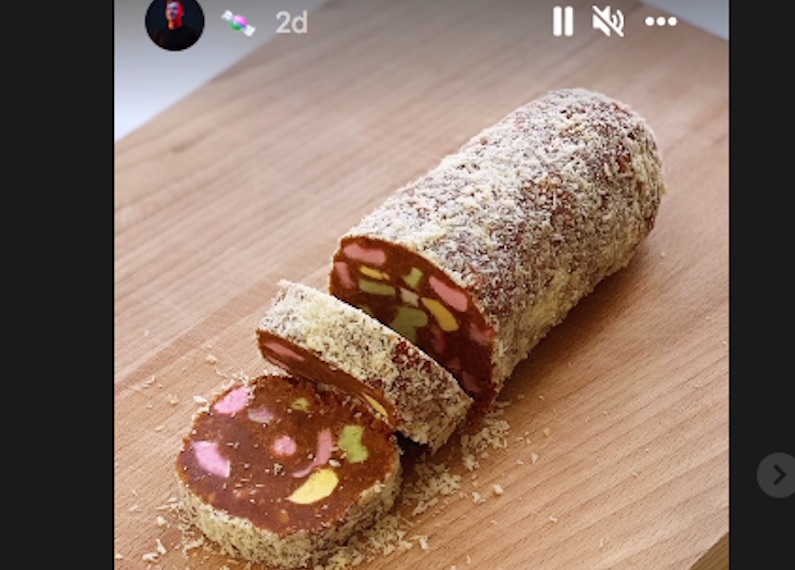 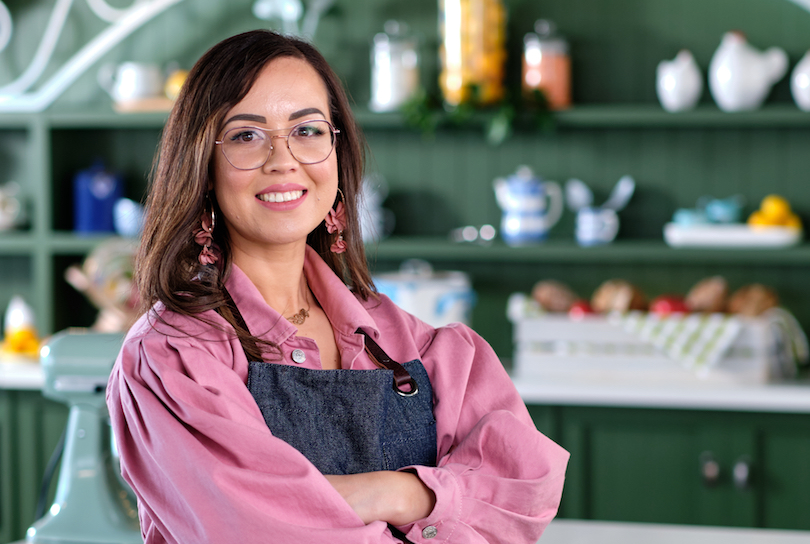 Teniqua (Ngāti Porou) taught herself to bake for her children’s birthdays. She enjoys putting time and patience into her baking, which will come in handy during a typically tense GKBO signature bake involving 12 pastry swans and some slippery Chantilly cream. Teniqua also reckons “Hilary Barry is a vibe”, so fingers crossed for a tasty Hilz Baz cake head this season.

What’s baking: Stay away from Teniqua’s Instagram if you’re hungry, because it’s an absolute feast for the eyes. Send them to Te Papa! Put them in the Louvre! These aren’t cakes, they’re works of art. 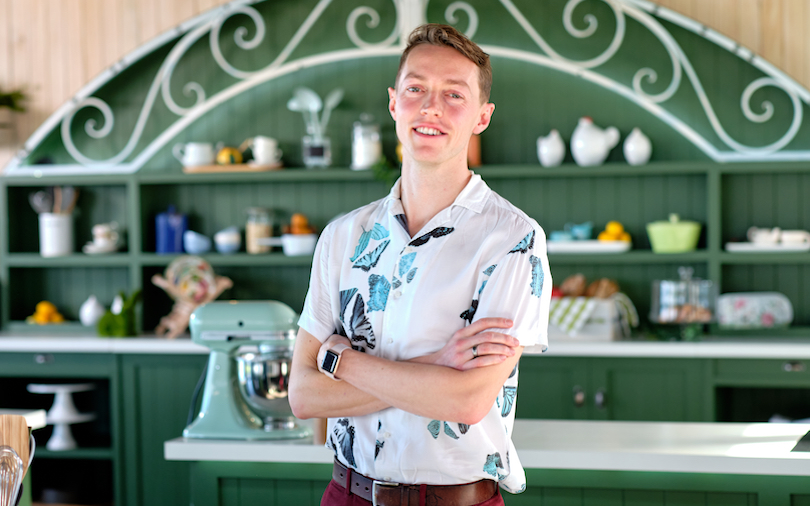 That’s Dr Hailes to you, because this Whangārei physician signed up for GKBO to prove that baking can be healthy. LOL! Love the idea Doc, but now is not the time. Alby is also a musician and an artist, and reckons if he was a baked good, he’d be a macaron. Ooh la la, as they say in the medical world.

What’s baking: Alby’s Instagram posts are filled with phrases like “SUNDAY RECIPE SMACKDOWN”, which is exactly the energy we need right now. Let’s smackdown some scones, let’s wrestle with rolls, let’s crush those meringues like the fragile snowflakes they are. It’s exactly what the doctor ordered. Pera (Ngāti Awa, Ngāti Hine) says she signed up for GKBO for her whānau, hapu and iwi. The Tauranga baker is a queen of the old school classics, and reckons the pavlova log is one of her signature dishes. I’m drooling already.

What’s baking: There’s no sign of Pera’s baking on the socials, probably because she’s too busy whipping up her signature bakes of creamed paua with tomato salsa or a balsamic reduction donut. Delicious. Christina’s baking is influenced by her Swiss and Hong Kong heritage, and the Hamilton research assistant describes her style as “fusion style baking with a modern twist”. She loves to experiment by chucking in random ingredients, and when has that approach ever gone wrong in the Bake Off tent? We love to see it.

What’s baking: With no obvious social media accounts to drool over, Christina remains deliciously mysterious and our chocolate ladyfingers applaud her for it. 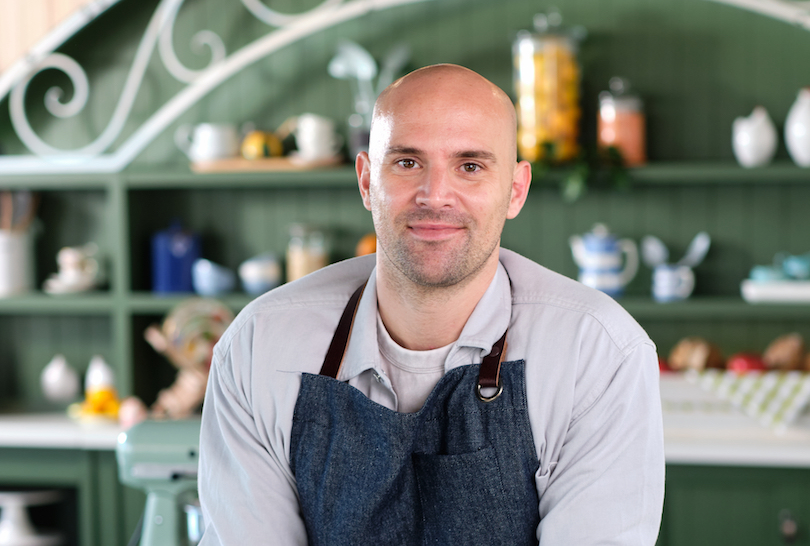 Born and raised in the United Kingdom, builder Thomas is a self-confessed Bake Off addict. He admits to being super-competitive and reckons former Great British Bake Off judge Mary Berry is his absolute hero, so how will judging duo FleischlSchneider stack up against such high standards? Only time, and thyme, will tell.

What’s baking: Would you like a beautiful flower? Yes please, but only if it’s made entirely of APPLE. 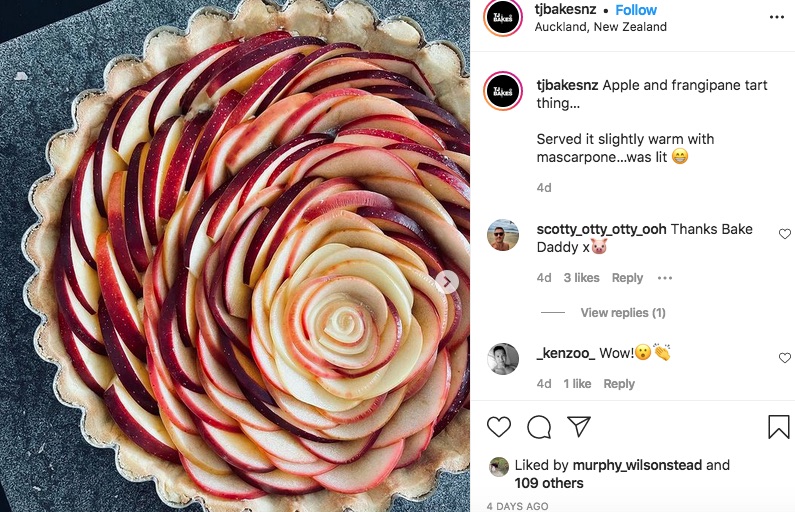 Queenstown baker Wendy whips up treats every day for her husband and three sons, and once sent her signature caramel slice all the way to America. That sounds both messy and delicious, which sums up GKBO perfectly.

What’s baking: Sound the pie klaxon and alert the pastry gods, mince and cheese have never looked so good. Originally born in Slovakia, Timaru primary school teacher Gabriel plans to use recipes from his European heritage in the GKBO tent. He loves a good slice and is a big fan of yeast, but then again, who isn’t?

What’s baking: Gabriel’s Instagram is set to private and with a total of 0 posts, his signature bake of a sour-cream custard slice will have to exist purely in our imaginations. Wedding and events manager Courtnay is both a keen baker and a former New Zealand representative in discus and hammer throw. This will come in handy if her scones end up like rocks, but given Courtnay reckons she never gets flustered, there’ll be no need to hiff her baking out the window at great speed. Right? Right. 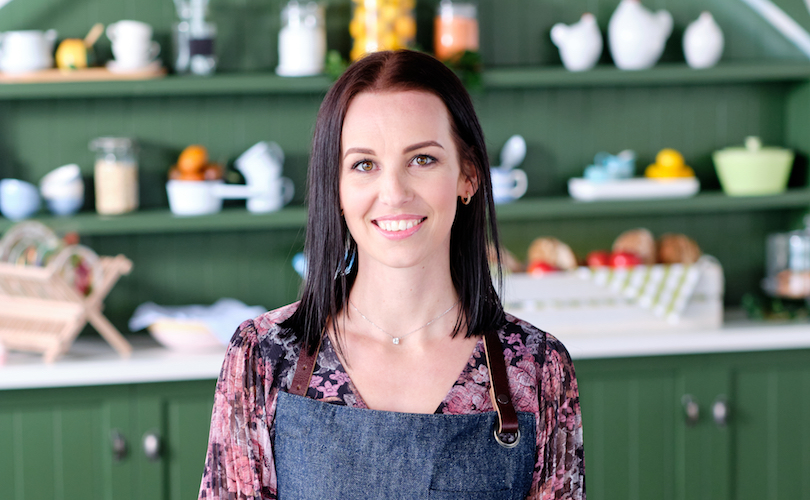 Mum to two young boys, Auckland-based Jasmin hopes GKBO will kickstart a new culinary career. She signed up for the show for a challenge, even though she’s already conquered the perfect lockdown sourdough. What bigger challenge is there? Give her the winner’s trophy already. The Great Kiwi Bake Off begins on Thursday 14 October at 7.30pm on TVNZ1 and on TVNZ OnDemand.