The journalist’s documentary about the mosque shootings and their aftermath was a reminder of the incredible strength of those left behind, writes Anjum Rahman – and of the risk that far right extremism still poses to New Zealand.


I’m writing this in tears and nauseous, feeling utterly re-traumatised after watching Patrick Gower: On Hate.  Still, I wasn’t there, I didn’t lose a family member, I didn’t witness my loved ones dying. I can’t even imagine what it would be like to be in that situation.

There are those who think we should stop talking about the events of 15 March 2019, who want us to put it behind us. It’s all part of the supremacist view that the human losses this country has experienced – of tangata whenua, of people of different faiths, people of colour – are just grievances that these communities should “get over”. According to these people, only selective history should be told and retold, commemorated and discussed. Somehow, it’s never ours.

In that context, it’s commendable that Patrick Gower and his team have had another look into the mosque shootings of March 15 2019. His interviews with the victims alone make this compulsory viewing – their willingness to share their experiences and their grief is generous beyond words.

In the documentary, sociologist Paul Spoonley, an expert on the extreme right, says New Zealanders were “naive” for not foreseeing that an attack like this could happen on our soil, but that is a disingenuous claim. At best it was wilful blindness, a determination to not look. But there were many instances where our government was specifically asked to look. They chose not to, until too late. That’s not naivety, it’s quite the opposite. 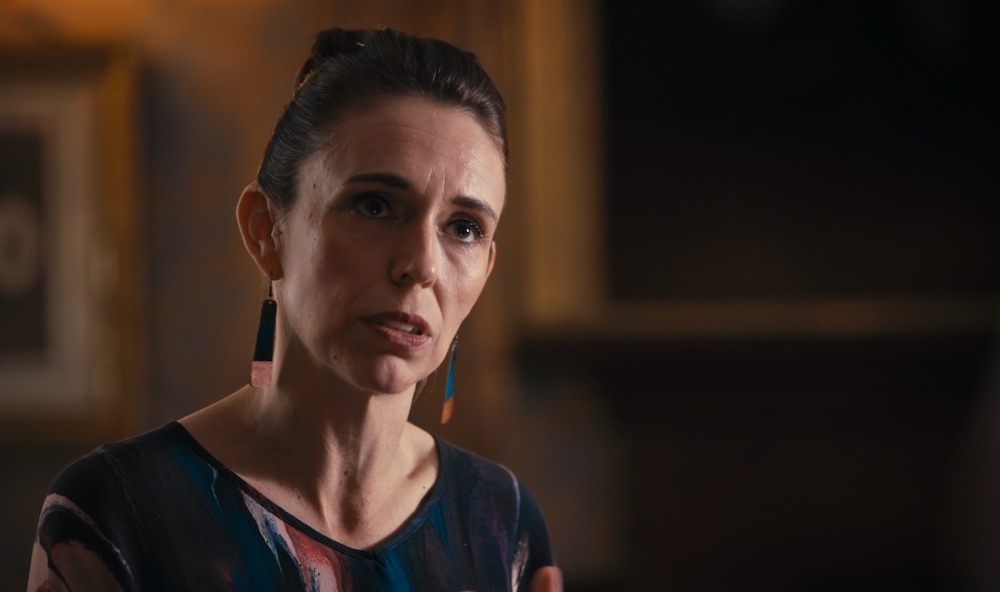 Among Gower’s interviewees is prime minister Jacinda Ardern, who discusses the response to the attacks – both her own personal response, and her government’s. She is asked about the findings of the royal commission of inquiry into the attacks, but her interpretation of the findings is off-kilter. The report didn’t conclude that the government’s actions played no part in March 15  – in fact, it found many systemic failures, lack of adequate funding and more.

The terms of reference for the commission prevented it from looking deeply into the role of media and social media in the lead-up to the killings. With no official findings on the issue, this is where the media itself can be most useful: by exposing radicalisation online, showing how it happened for this killer, and exploring what needs to be done to stop it happening again.

Unfortunately, the media cannot force YouTube to provide a viewing history for the Christchurch killer, nor to show what the recommendation algorithms were serving him. The royal commission or the New Zealand justice system might have had that power, but the guilty plea by the killer means the latter is of no help. The only other option is a coronial inquest.

Sara Qasem: A grief beyond words

In the absence of YouTube records, the interview with former far-right extremist Caolan Robertson – now a film-maker and activist dedicated to helping people escape the far right’s clutches – was useful in revealing how the platform is radicalising many of its users. According to Robertson, a former admin of far-right personality Stefan Molyneux’s YouTube channel, 81% of Molyneux’s views came from the recommendation algorithms and not from subscribers. This was a crucial part of On Hate; we need to understand the way algorithms are creating radicalisation among users of online platforms by pushing people to more and more extreme content. There is not enough research in this area, and while we wait for the research to catch up, the harm is happening now.

It’s time to be tougher on tech platforms, as other countries are doing in various ways. There are definitely some major issues with proposed legislation overseas, and we need to develop what is best for us. There are two areas that are critically important. First, we need to be able to audit the outcomes of algorithms. While the code behind these algorithms is the intellectual property of the tech platforms, the impacts of algorithms affect us all. An independent audit of these impacts has to be a legal requirement.

Second is the need to hold platforms liable for material they host and amplify, particularly where they are made aware of content that is harmful. They cannot claim to be little more than a postal service when they are curating users’ feeds, the results that search engines provide, and the ads that users see. These platforms act like publishers and they need to have the same responsibilities (and pay their fair share of taxes, but that’s an issue for another day.) Sara Qasem, whose father Abdelfattah was killed in the attacks, in Patrick Gower: On Hate (Photo: supplied)

Back to the documentary. It was refreshing to hear the prime minister be so unequivocal about racism in New Zealand: “If you’re asking me if there is discrimination in NZ, has our Muslim community bore the brunt of that? Undeniably.” It’s rare for a leader of a country to openly acknowledge discrimination in this way, but typical of her strong messaging after the attacks.

As a journalist, Patrick Gower has a tendency to insert himself a little too much into the stories he covers. He did it just recently over the “They Are Us” script and I was worried it might again be the case here. Certainly, there was too much focus on Gower for my liking. Having said that, I appreciated his mea culpa about his 2018 interview with Molyneux and fellow extreme-right supremacist Lauren Southern, during which the duo seized the opportunity to spout their repugnant views. While he has said it before, his clear expression of regret – “That was a fail. I failed” – was hugely important.

That’s because research shows that publicising extremist material and viewpoints causes harm, even if the purpose is to refute them. That doesn’t mean it should be ignored, but care needs to be taken to ensure that this material doesn’t reach those who are inspired by it. By giving the Canadians a platform when they visited Auckland in 2018, Gower (along with TVNZ’s Sunday, which also ran an interview) gave the duo legitimacy and a much wider audience than they otherwise would have expected. The role of the media in far-right radicalisation needs a lot more attention. A banner hung in the days after the mosque shootings (Photo: Patrick Gower: On Hate/supplied)

I would have liked to see more of anti-far right supremacist research group Paparoa, and what they have been able to uncover. Earlier this year, the police commissioner wrote about the balance between intelligence work and state intrusion into the privacy of its citizens. The examples he used undermined the point by ignoring racism, but it is a conversation we need to have. I’m extremely grateful that Paparoa does this work voluntarily, bringing threats to the attention of the authorities.

On the whole, the documentary did a good job of presenting issues to the public in a digestible way, while keeping the victims at the forefront. It was never going to be an easy watch, but I hope my fellow Kiwis not only watched it, but continue to engage with the issues it raised.

Since March 15 2019, I’ve often thought about how our community has suffered so much from a single event, and what must it be like in those countries where an event like this happens almost every other day. In the name of liberation and spreading democracy, in the name of revenge and retaliation. There are countries who face this number of dead regularly, with no mental health support, no welfare payments, no way out. The ones who manage to get here as refugees are subjected to the hate of supremacists who begrudge their every breath and want to harm them more. It needs to stop.