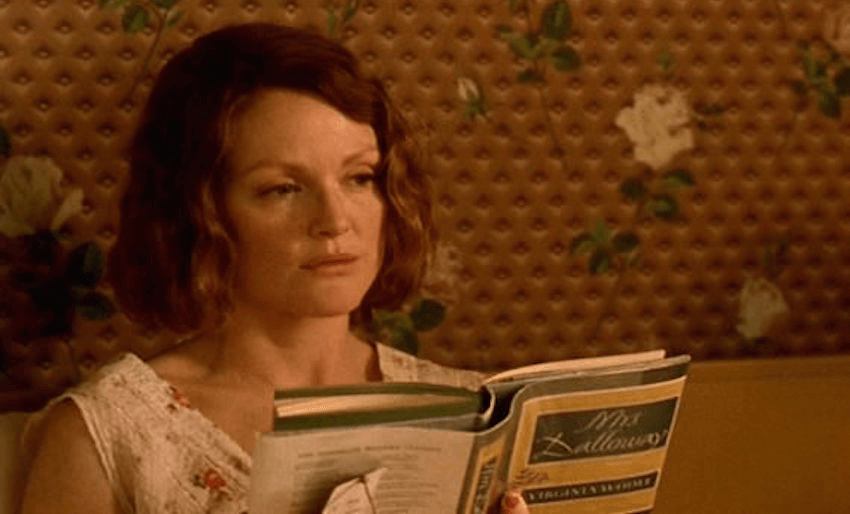 Julianne Moore struggles to comprehend Mrs. Dalloway in the 1950s.

Julianne Moore struggles to comprehend Mrs. Dalloway in the 1950s.

O’Malley continues his reign at the top, and in case you haven’t already bought it, can we tempt you with an extract?

Looks like even winning the Man Booker Prize can’t get your apparently amazing saga of love and loss in Oman to the top of the charts. In Auckland! You’ve changed, snooty urbanites.

A whole host of people clearly boosting to get the book now they’ve announced and cast the film, just so they can smugly compare the two.

Book or design provocation? You decide! (Or the charts decide, because it is on the Unity Books Chart.)

Not the much anticipated spinoff to Marvel’s The Ant-Man and The Wasp, unfortunately. Fortunately, you can read about author Caolinn Hughes mistaking a period for a head-cold.

6 A Brief History of Thought: A Philosophical Guide to Living by Luc Ferry (Canongate, $25)

This is 304 pages, and is not brief at all! Misleading title!

Also, unfortunately, not a novelisation of the 40-year-old film Ordinary People.

According to Auckland, ordinary people are more interesting than dead people.

Also according to Auckland, dead people are more interesting than the liquid oozings of a whale.

Another one boosting up the charts again thanks to an Ockham!

If you missed your chance to click on that extract before, don’t worry! Here it is again.

Fresh off an Ockham Award, Kidman’s book sits pretty near the top of the charts.

This is a stonking good read, much more than just the ten shocking revelations we pulled out for your clicking enjoyment.

“It’s a book that could only have been written by someone whose life has been filled to every crevice with books and beautiful things – paintings, objects, lasting images, glimpses and influences.” says broadcasting legend on Elizabeth Alley on this week’s number three.

Waring was the Swarbrick of her time, if her interview with the Green MP is anything to go by, and you can read an extract where she describes how she crossed the floor from Labour to National right here.

6 Chernobyl: History of a Tragedy by Serhii Plokhy (Penguin, $28)

It’s almost as though there’s a much-buzzed about HBO show that could boost this show halfway up through the charts.

People still want to hear about what dead people Shayne Carter has made acquaintance with. Good on them!

8 Upheaval: How Nations Cope With Crisis (Or Don’t) by Jared Diamond (Allen Lane, $40)

How To Get Dragged Kicking and Screaming to 2050: The Book.

Disappointingly, a book about economics and not how to start a doughnut shop.

Tens! Tens across the charts!