In February 2018, American librarian Dawn Wacek delivered a Ted Talk arguing that library late fees should be done away with completely. Her contention: overdue fees do nothing to incentivise people to return their books, but instead punish those who cannot afford the penalty. It seems so obvious that by removing a financial barrier more people would turn toward reading. And yet, there’s something traditional about an overdue fee; it seems inherent within the concept of a library, just like it did in the days of popping down to the local Blockbuster to rent a film.

During the second lockdown in New Zealand, while many of us were stuck indoors with a good book, Upper Hutt library’s aptly-named manager Marion Read saw Wacek’s Ted Talk. It gave her a similar idea, one that only four other libraries around the country had implemented.

Upper Hutt library had already ditched late fines on children’s books back in 2016 and seen usage jump by 8% over the following 12 months. But adults’ books remained tethered to fines. On 16 November the library entirely scrapped overdue penalties in the hopes of seeing an upturn in patronage. “Zilch, zero, nada – no more overdue fees!” staff announced on Facebook. Not only that, they wiped all existing overdue fines. (You do still pay for damaged items, and once you hit the 14 days overdue mark, you will be billed for a lost item, and your account suspended until it’s sorted.)

Our other fine-free libraries are Central Hawke’s Bay, Rangitikei District, Selwyn, and Masterton.

Read says New Zealand is lagging behind the global trend. “In Queensland, they are just three libraries short of 100% of their public libraries being fine-free.”


San Diego Public Library last year wiped all outstanding overdue fines, along with ending any new fines. As NPR reported, it meant people who couldn’t afford overdue fees returned to the library. Diana Ramirez, 23, said she hadn’t been able to take any books out because her borrowing fees were suspended due to a $10 late fee. “I felt disappointed in myself because I wasn’t able to check out books,” Ramirez said. “I wasn’t able to use the computers for doing my homework or filling out job applications. I didn’t own a computer, so the library was my only option to access a computer.” 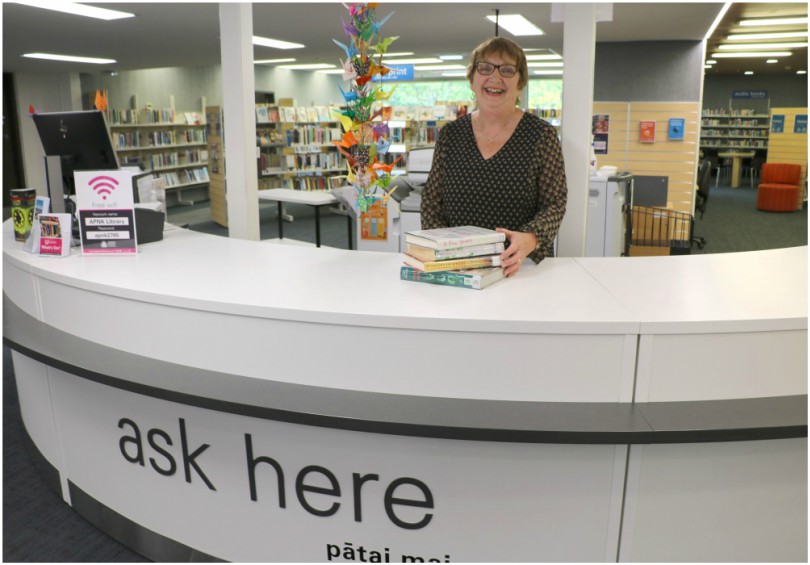 It’s a similar story in New Zealand; a fine of $10 or even less could stop people engaging with the library in Upper Hutt, Read claims. “A study we did of our numbers for the Council report showed that 3,126 people who have fines averaging $13.48 have not returned to use the library for the last two years.”

When Read proposed scrapping fines to the Upper Hutt City Council, there was concern from some that people might abuse the system and use it as a way to get free books. Read disagrees: “Overseas it’s been proved that as long as you have good management processes in place, there is little to no change on the return rate whether you have fines or not,” she says. “Fines are incurred when the books are returned, so even with fines we do have people who choose to keep the books. So fining or not fining doesn’t really impact that.”

Read’s claim is backed up by case studies worldwide. In Chicago, the city library saw not only an increase in usage, but a massive increase in the amount of books actually returned to the library. “It’s patently shown that fines aren’t an incentive to return books earlier, they’re actually more a deterrent from even using libraries,” adds Read.

Closer to home, the library in Selwyn, near Christchurch, has experienced “a marked increase in new memberships and an increase in lending in both our digital and physical collections”, according to Nicki Moen, the council’s manager of arts, culture and lifelong learning. “We have been actively phoning customers with books out beyond the loan period and are getting a good result, having quite a number of late books,” she tells me. “We are proud to have been able to remove yet another barrier to access.” Plans for further “barrier-free initiatives” are in the pipeline.

Read believes the reluctance to let go of the old system comes down to the fact that on the face of it, fines are an easy way to make money. But, she says, the revenue isn’t all that impressive.


“Our income from fines was between $16,000 and $18,000 each year. But when you put it against the whole library budget and the investment that council makes, it’s only a drop in a bucket really,” Read says. “Traditionally, libraries and councils want to make sure that there is some sort of revenue stream. And some councils are stronger on that than others.”

Now, almost a month on from the initiative launching, Read says customers are enjoying the scheme and she and her staff are enjoying more positive interactions with patrons. “It is great not to have to worry about having those difficult and sometimes negative conversations with customers about fines,” she says. “The frontline staff can now deliver a more positive customer experience for our staff and the customers are much happier using our libraries.” Staff are spending less time dealing with complaints too, says Read, and can dedicate more time to making the library a great place to be.

Read hopes more libraries will follow Upper Hutt’s lead and assign fines to the ash heap of history. “I think Covid has really brought it home to us how fines do impact our communities, so I think there will be more and more libraries that come down this track in the next 12 months or so,” she says. “It’s really exciting that we’ve been able to do this to help our community.”