Chloe Blades spent two years working to rehabilitate men like those in Jared Savage’s Gangland: New Zealand’s Underworld of Organised Crime. She explains how the book has upended her thinking.

Books and films on gangs are too often sensationalist. Typically, we get brief intros to gang members, emphasising their role as part of a dangerous collective. We’re left fearful of those with a patch, or in a hardhat riding a Harley. We are unable to see the person behind the mask.

Having worked in a remand prison, I thought I knew what to expect from journalist Jared Savage’s true crime exposé. I read it with my own experience with gangs in mind but I was left perplexed, perhaps because Savage’s matter-of-fact tone, and the careful detail of his reporting, revealed my naivety. Perhaps, I realised, I had tried too hard to compartmentalise the crimes from the men I worked with, in order to see them as human.

Doing so wasn’t easy. On my first day, I saw a guy take a defiant shit on the corridor floor in protest at being transferred. A short man, tattooed head to toe, bounced up and down and barked at me from behind a sally port door. I was told he was letting other Mongrels know there was “fresh meat” on the units. I watched with the kind of expression one might have while trying to remember the value of pi.

A while after, a man with a Head Hunters tattoo said “Hey miss, I made you a rap.” Cupping his ballsack he said “Hey bitch, suck my balls, suck my balls bitch, suck my balls.” I told him that if he could find some more syllables it had the promise of a haiku, and he smiled and walked off. I had decided by that point not to find out what the crimes were.

As Jarrod Gilbert explains in his 2016 book Patched: The History of Gangs in New Zealand, the Mongrel Mob committed “some of the most notorious crimes of physical and sexual violence in modern New Zealand history”. Savage doesn’t delve too deeply into these details, and that’s what keeps Gangland out of sensationalist territory. This is an extensive, investigative report, built around 12 cases of the criminal behaviour that put meth on our streets. Jared Savage is a senior journalist at the New Zealand Herald and has been covering crime for more than a decade, winning masses of awards (Images: Supplied)

The baseness I encountered in prison is unsurprising given that these men are locked in a cement block for 24 hours a day. Over time, I learned that at the core was usually childhood abuse, years of trauma, and subsequent profound alienation. Most of these men couldn’t read. They hadn’t had access to education. But those I worked with wanted help. Savage shows that there are some, however, who can’t be helped, who don’t want help, or don’t feel deserving of it. And then there’s the system.

Take the Australian Comancheros, Savage’s clearest example of the complex ecosystem of gangs in New Zealand. The new 501 section of the Australian Migration Act allows for the deportation of those who fail a character test, and Senior Comanchero Pasilika Naufahu was the first to get the boot, followed by 14 others. As Savage notes, “that a chapter of Australia’s most dangerous motorcycle gang would establish itself in New Zealand was inevitable”. 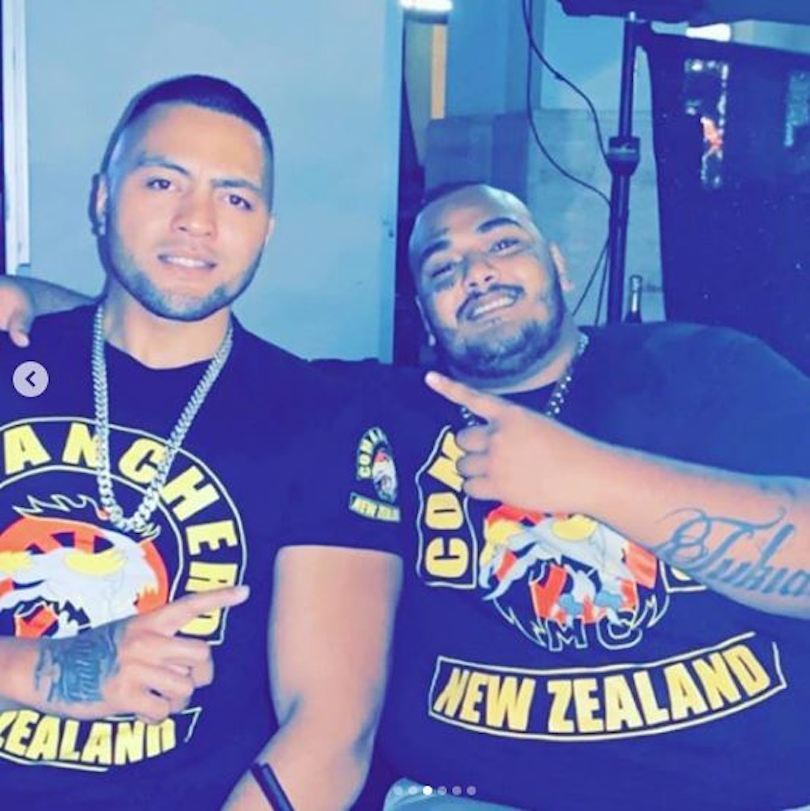 They set up base across from the Head Hunters, apparently as a symbolic middle finger. The wealth they allegedly amassed through methamphetamine distribution was astronomical: a pageantry of gold Harley Davidsons, a Rolls-Royce Wraith valued at just under $500,000, and homes in the eastern Auckland suburbs.

The structure of Gangland, the careful unravelling of gang interconnectivity, is one of the book’s great strengths. Savage opens with William Wallace in 1996, New Zealand’s own Walter White: after 20 years of loyalty to Air New Zealand as an industrial chemist he was made redundant and pivoted to invent New Zealand’s very first clandestine meth lab. Savage travels through two decades, delivering an education on the most notorious gangs in the country, closing with the shocking revelation of who’s supplying the meth to the Comancheros.

He maintains tension by running the burgeoning rivers of meth in New Zealand alongside the increasing capabilities of criminals, advancing technology and surveillance used by the investigative forces, and the evolution of various gangs. By the time you reach the Comancheros you almost can’t take anymore. But you can’t stop. 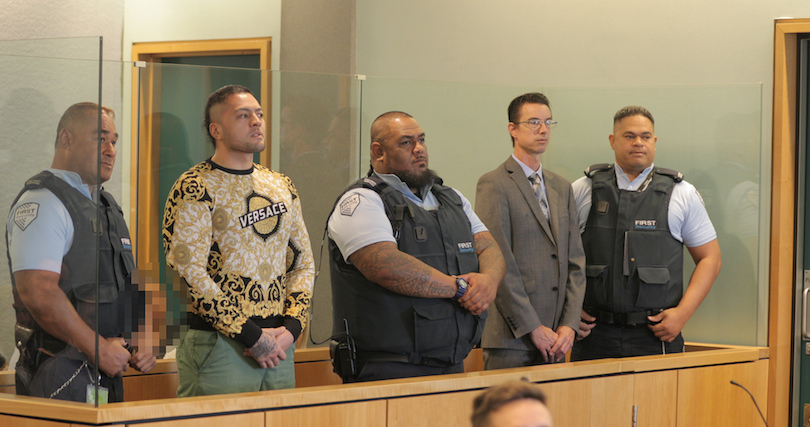 Kevin Merkel, the DEA attaché for Australia, New Zealand and the Pacific Islands (the DEA seconding someone here is when you know it’s bad), told Savage that “if you were to ask any significant trafficker what is the best market for meth and coke in the world, they would say Australia and New Zealand”. Seems unfathomable, doesn’t it? There’s a compelling short history into the market of meth that shows it was likely to have been introduced by an American bikie gang in the ’90s. That’s 31 years ago. It’s remarkable that this is the first significant book on the industry.

I’m not surprised this book was banned from prisons (and after reading it you’ll be wholly unsurprised that it was Arthur Taylor who was at the centre of its confiscation, and that he’s since been on RNZ making the case for freedom of speech). Gangland is a who’s who directory of importers and dealers, as well as a handbook of methods for deception, corruption, money laundering, and an invaluable primer of police intelligence and their tracking methods.

My foray into drugs peaked with getting stoned once at Alton Towers. But Savage has given me a comprehensive education on meth. I know, for example, that if I go to the SkyCity Casino’s VIP lounge I might mingle with the networks of Asian organised crime. Where in 2006, Mr Voong (aka Mr Casino) had a gambling turnover of $10,860,000 in just six months, which as Savage wryly points out isn’t bad for a registered plasterer.

If Corrections does lift the ban on the book in prisons, they might as well also distribute the business cards of importers and suppliers upon arrival, like a welcome pack. Print Zhang Hui’s card first: his story is a prime example of Savage’s ability to unravel complex details – names, nicknames, the fluctuating value of meth, various sentences, the reemergence of criminals from previous chapters, and the dumbfounding scale of surveillance. 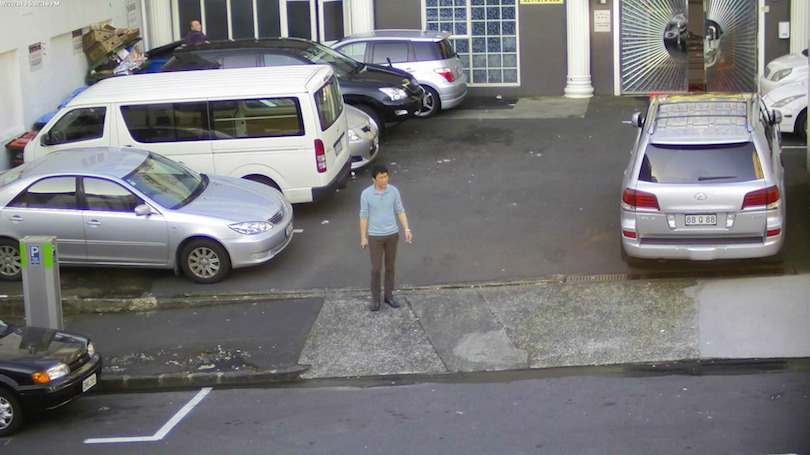 Zhang Hui imported hundreds of kilos of pseudoephedrine and sold it in his restaurant carpark. (Photo: New Zealand Police)

It should be confusing. But there’s so much clarity in the reporting that the only reason you’d read this book twice is to get your head around the extremity of what you just read.

Zhang Hui and his crims proffer all the frisson of a New Zealand Asian Narcos. Hui owned a popular Chinese restaurant in Auckland and imported “Chinese chicken bread crumbs” and cooking utensils from Guangzhou. Investigators from Customs and Taskforce Ghost found that of the 160 packets of “Chinese chicken breadcrumbs”, 150 were pink ContacNT granules and the other 10 were ephedrine. Both are used to manufacture meth. In this instance, enough to cook up an estimated $116 million worth.

I read the love triangle that got Hui caught through the lens of a Richard Curtis romcom, only there’s meth, dirty money, a tragic ending for Hui, and a victory for clean-living society. His lover Penny, also his drug-pawn and the manager of his genuine yum cha business, sold parcels of pseudoephedrine disguised as takeaway meals wrapped in newspaper. Then she got suspicious of Zhang Hui cheating on her with Lulu Zhang – and turned on him by assisting the police with his arrest.

You won’t be able to look at a takeaway bag the same way, or a yum cha restaurant, or a shipping container, or a cargo ship. Or a gold-plated Harley, for that matter – although is that something you ever look at the same way?

What’s perhaps even more interesting than the criminals are the covert operations. Savage gives enormous credit to the forces pushing back against the drug networks. He details their diligence, intelligence, and courage with which they conduct their operations. Some scenes you might find in a Hollywood film, only it’s happening here in New Zealand; “one of the most lucrative illicit drug markets in the world” as Savage reminds us. It’s hard for me to imagine that New Zealand, a country regarded as so peaceful it’s sometimes forgotten and dropped off of maps, could have this underworld of gangs, meth and criminal intelligence. I wonder how many of those choosing to read Gangland will, like me, realise the privilege of their naivety and close the book better educated on another kind of pandemic. And are they, like me, left wondering whether New Zealand – Auckland especially – is genuinely unsafe?

The answer is left up to you, the reader. Savage relays the facts with impartiality and integrity. He humanises the victims as well as those behind the crimes. For example, he prefaces Arthur Taylor’s adulthood with the fact that as a child he attended Epuni Boys’ Home, a place recently investigated for child abuse, both sexual and physical, in the ’60s. Taylor has told RNZ that “if I hadn’t ended up in that Epuni Boys’ Home I would never have interacted with the criminal justice system.”

So what’s next? Savage concludes that “even the police admit we can’t arrest our way out of the problem. There’s no point in locking up the end user; what they need is help with their addiction.” More funding for rehab facilities rather than resorting to incarceration would be a start, but “the idea of spending hundreds of millions of taxpayers’ dollars on better-resourced rehabilitation centres and counselling is unlikely to be a vote-winner for politicians.” This is what 501kg of methamphetamine looks like. An off-duty police officer made the record-breaking bust by chance (Photo: New Zealand Police)

Even if you imprison every importer (and not all of them are subject to our jurisdiction), what can you do to reform greed? Lock them up alongside well-connected criminals?

In 2011, Judith Collins welcomed a private company into New Zealand to operate some of our prisons – a company that would later be fined £60-70 million for charging the UK government for monitoring prisoners who were in fact dead. While that company remains here, I worry that there’s little hope for any of those caught up in the meth river – even those who do want help. Why would a private company want a prisoner to get even a whiff of education or reform when there’s profit to be made from letting him reoffend instead?

What makes me sad is that there are people in this book who’ve been tempted along a pathway that they saw as their only option, and are either dead or probably plotting their next move in prison. Although I shouldn’t imagine it was at the top of Savage’s book proposal, I am grateful to him for shining a light on this kind of life.