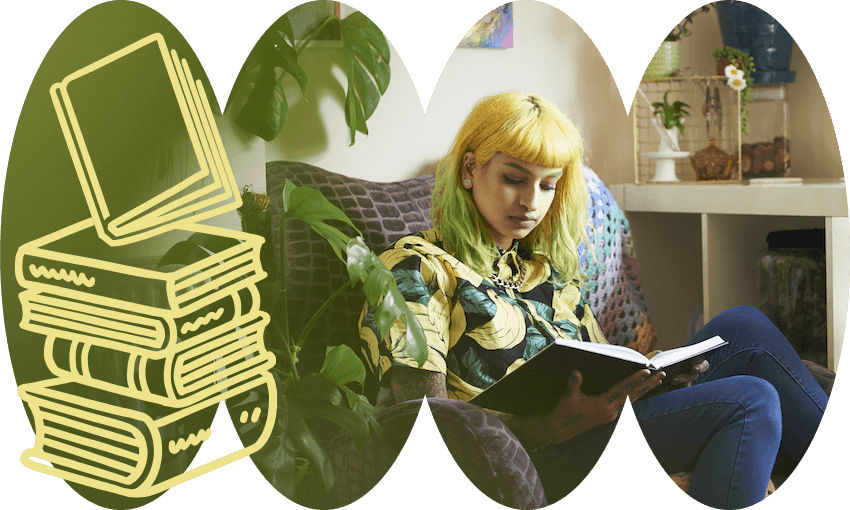 The Unity Books bestseller chart for the week ending March 25

A new star is born. Pulitzer-winning journalist Andrea Elliott tells the story of Dasani Coates as she grows up homeless in Brooklyn along with seven siblings. Elliot spoke to the Guardian about her role in the family’s lives; “As I continued to write the book, for nine years – October 2012 to August 2021 – I did grow close to the family. They called me Drea, just like I used to be called at high school. Drea was complicated because she was there to observe and translate into words things that were very upsetting, but also moments of joy – there’s a lot of joy and a lot of humour in this book, and people don’t expect that. But Drea was also there because she couldn’t not be there – they drew me in and I cared about them. That was a really hard thing to reconcile – my desire to help them at every turn and my duty to my work, which was as much as possible not to be part of the story.”

The winner of the most recent Booker.

The publisher has a lot of exclamations to deliver about this one: “The Instant New York Times Bestseller! A Good Morning America Book Club Pick! ‘Historical fiction at its best!’”

The Personal Librarian is about Belle da Costa Greene, a Black woman who passed for white in order to fit into New York society. She was, indeed, “personal librarian” for JP Morgan.

People seem fascinated by this question, as Johann Hari’s book keeps showing up in the bestsellers. But we keep saying: you can’t pay attention because – two years of Covid!

More excellent new fiction. Love Marriage is a British family saga which the publisher is so sure of, they don’t even provide a blurb – just zillions of rave reviews. Here’s one from the Irish Times: “The beating heart of this novel is the author’s uncompromising scrutiny of the messy, heart-breaking, head-wrecking, brutal beauty of family dynamics … Heroes and anti-heroes fuse to create multidimensional characters who each evoke huge sympathy.”

We’re surprised by the longevity of this one – we thought, sure, go ahead and buy Atomic Habits in the New Year. Give running a crack. But in late March? That’s real persistence.

Greek mythology never goes out of style, especially in a world run by teens on TikTok.

It’s getting a tad grey, cold, and floody in Auckland, which makes it the perfect time to buy a memoir about Italian food from one of Hollywood’s most charming actors (yes; recipes are included).

Our fingers are crossed that the brilliant and innovative Kurangaituku will win the Acorn Prize this year. As well as being a fantastic novel about the monstrous bird-woman, essa may ranapiri writes on The Spinoff “I just want to say this book has some of the hottest gay sex I’ve ever read”. Enough said.

10  Before the Coffee Gets Cold by Toshikazu Kawaguchi (Picador, $20)

The novel that’s been haunting the bestsellers list for years… In early 2020, Sam Brooks wrote about the inexplicable popularity of Before the Coffee Gets Cold, saying “it’s somewhere between ‘just fine’ and ‘not very good’, and I have no idea why so many people are buying it.” We still don’t know, and apparently people are still buying it.

Oh how the mighty rise and rise.

The wonderful and funny Ockham shortlisted novel, recommended (by us) as a soothing antidote to the last two years.

Donna Leon is 79, and this is her 31st novel about Venetian detective Brunetti, whose city is just emerging from the pandemic. That’s more than enough to impress, but Give Unto Others also has sparkling reviews on Goodreads. From one reviewer: “What a joy to read such a literate writer; and I think this may be her best. Yes, this is her 31st, and I have looked forward to and read all of them.” Talk about getting better as you age!

Hilma af Klint was a visionary Swedish painter who was recently rediscovered, and is now regarded as a pioneer of 20th-century abstract art. This is a beautiful hardback featuring 125 of Klint’s brightly coloured paintings and five essays about her work and place in art history. The perfect gift for any art lover.

Local non-fiction about menopause, and essential reading for anyone feeling at a loss about what to expec. Catherine Woulfe reviewed Don’t Sweat It in January, along with This Changes Everything by Niki Bezzant. She loved both books (well, if “loved” means feelings of rage about the lack of general understanding of women’s bodies, and gratitude that books have finally filled the gap), and had this to say about Don’t Sweat It: “Pellegrino has a background in women’s mags. She now writes health features for the Listener and glorious novels involving food and romance and Italy. Here she has a light touch, naturally dropping in pop-culture references and celebrity pull quotes. Alongside the science she covers topics like appearance medicine, clothing and the importance of mindset.”

This debut short story collection was reviewed earlier in March by Audrey Brown-Pereira. Here’s a taster: “The opening short story, ‘The Promotion’, is a poignant telling of father and son – Taki and Kura – struggling to connect the distance of time between them. It’s set against a cold Porirua, far removed from the taro plantations of Rarotonga, and home to meat pies and the TAB. Newly arrived from the islands, with sparse belongings, Kura enters his new home and new family with shoulders of doubt, trying to reconcile the love of the late mother he never knew with a father he’s not sure he wants to know.”

The newest novel by the author of A Little Life. Listen, we did also write an essay about Hanya Yanagihara. But it’s different this time! It’s Sam Brooks’ (loving) accusation that Yanagihara writes fan-fic.

Final one, we promise! Vincent O’Sullivan has written for us a stunning review of Lloyd Jones’ strange and mysterious new novel. An excerpt: “We never know for certain what the Fish thinks, what it looks like, any more than we know what, in the fable it swims in, quite what it means. All we are certain of is that it is central to whatever happens to the family, as the story variously drenches us in compassion, puzzlement, confusion, loss. There are distant texts drifting about in the current we’re caught up in. Moby Dick glides by. So does Robinson Crusoe. You’re unlikely not to think of Kafka’s famous changeling. More than once, the Fish’s siblings are referred to as crabs, its grandmother as a cockroach. As much as Ahab, we’re on a quest we don’t fully comprehend, fingering a code that obsesses but eludes us.”

The return of one of 2021’s biggest fiction stars! But now, Klara and the Sun is in a smaller, sleeker (and $14 cheaper) format. You could buy a lovely orange Penguin Classic with those savings!