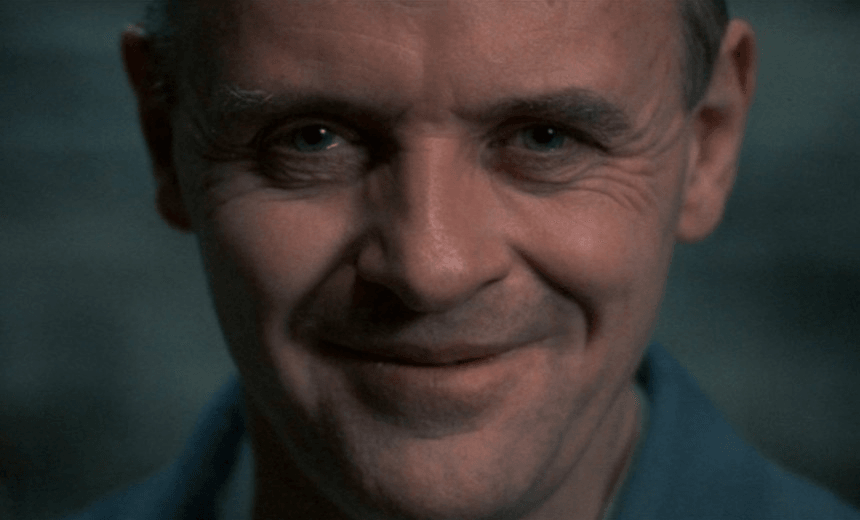 Fava beans and a nice chianti

Are we really just meat and nothing more?: Dr Paul Moon reviews a new study of cannibalism

Fava beans and a nice chianti

Eat Me, a new study of the history and science of cannibalism, squanders the opportunity to present new insights, writes Paul Moon.

Cannibalism is at once disturbing and banal. It’s disturbing because acts of cannibalism historically have generally been preceded by killings. Cannibalism is also often depicted as occurring in episodes of extreme violence, and brings into question what constitutes humanity – are we really just meat and nothing more when it all boils down to it?

On the other hand, while cannibalism can shock us and cause us to question the nature of how we identify as human, it can also be banal. Is someone who nibbles at their fingernail and then swallows it a cannibal (or to be precise, an autocannibal)? Technically, the answer is yes, but it hardly seems to conjure up the image of cooked human flesh being torn from bones in a savage frenzy.

Tackling a topic like cannibalism therefore requires dealing with such nuances, and exploring not only the act of species eating their own, but the intricate reasons why it happens, and why (at least when it involves people) it is still regarded as repellent by most human societies. The scope for research and new insights in this area is huge, but it’s an opportunity that Bill Schutt, in Eat Me, has squandered.

From the outset, Eat Me comes across as a book that is uncertain about what it is trying to achieve. The prologue is laden with hints at the possible directions the work might take, but there’s no real sense of how these disparate ideas are connected. The reader is given no indication as to what the work’s thematic structure is, what its overarching argument is, or how it might advance current scholarship on the topic.

It soon becomes clear that there’s insufficient space in a volume of this size to deal even in a cursory manner with the multiplicity of ideas, topics, and perspectives that are alluded to early on. From the outset, there’s a sense that the author has bitten off more than he can chew.

None of this is helped by too many clumsy passages in the text. As an example, Schutt prefers to write about a “one-hundred-year anniversary” instead of a centenary, and has a habit of making expansive generalisations that can stray into startling inaccuracies at times, such as when he describes cannibalism as “this most ancient and enduring aspect of life”. Cannibalism is neither the most ancient aspect of life, and nor is it enduring for the vast majority of the world’s population.

In the first six chapters (roughly a quarter of the book) the focus is not on human cannibalism at all, but on other species which engage in this practice. This is where Schutt – as a zoologist – is at his strongest, although as he works his way through the animal kingdom, the examples of cannibalism in certain species become repetitive. Yes, there are slight variations in the reasons for some animals eating their own, but the underlying motive – survival – is the consistent theme. Simply piling up more examples just weighs down the text to illustrate a point that’s already self-evident.

In addition, while it might be interesting to learn that spiders and praying mantises eat members of their own species, this does nothing to advance our understanding of human cannibalism. It’s precisely because cannibalism among humans encompasses social, religious, moral, cultural, historical, and psychological dimensions that it has scant relevance to cannibalism among other animals. Comparing the two generally serves no substantial purpose, and Schutt does little in this book to convince the reader otherwise.

It’s only at chapter seven where human cannibalism makes an appearance in any significant way, but frustratingly, this is also the point where the book becomes conceptually scrambled. Admittedly, the scope for the exploration of human cannibalism is very broad. However, this heightens the requirement for the author to be explicit about how the material will be organised, and what ideas or arguments will feature most prominently within this structure. Instead, though, Schutt jumps back and forth – chronologically and thematically – seasoning this confused content with anecdotal accounts drawn from films, popular literature, and elsewhere, as though some levity will make the text more digestible.

The chapter on the symbolic cannibalism in the Christian communion is an example of this approach. The topic is an intricate one, and the subject of a huge range of research crossing various disciplines. Schutt, however, manages to side-step most of this scholarship, and tackles the entire subject in just eight pages. This is alone is concerning, but matters are made worse because he devotes more than one of these eight pages to microbiological studies that have no direct relevance to communion rites at all.

On the other hand, twice as much text as is devoted to the obscure category of placentophagy – the practice of eating human placentas. Are there cultural, psychological or other reasons for the practice? What are its origins? How has it spread across cultures in the modern world? And importantly, how widespread is the practice? We’re never given clear answers for these questions, yet Schutt devotes detail in this chapter on how placentas are prepared for eating. Is it really necessary for him to inform readers of a case where placentas were sautéed with salt, pepper, garlic and nutmeg? Or that they taste variously like veal or chicken gizzards?

The absence of a clear purpose or argument running through this work has allowed Eat Me to slip from any conceptual moorings it may have had, and drift aimlessly. It would be expected that any author tackling a subject as complex as cannibalism would be aware of substantial scholarship on the topic, the recent advances in the field, and the current issues of dispute. Without such familiarity with the current literature, it is nearly impossible to make any significant contribution to the subject, and it’s here where Eat Me stumbles substantially. Surprisingly, two of the seminal works on human cannibalism – William Arens’ The Man-Eating Myth, and Gananath Obeyesekere’s Cannibal Talk – barely get a mention here.

At whom, then, is this book aimed? The serious scholar will at once detect its shortcomings, and eventually discover its failure to contribute anything new to the subject. The enthusiast or those just curious about cannibalism will be disappointed in the superficial approach to the topic and the author’s frequent tendency to meander into obscure tributaries. And anyone looking for something salacious is unlikely to revert to the small servings in Eat Me when the internet offers a feast of images and text on cannibalism. What we are left with, unfortunately, is a book that offers nothing new to our understanding of cannibalism. Eat Me is an opportunity squandered.

Eat Me: A Natural and Unnatural History of Cannibalism by Bill Schutt (Profile Books, $36.99) is available at Unity Books.